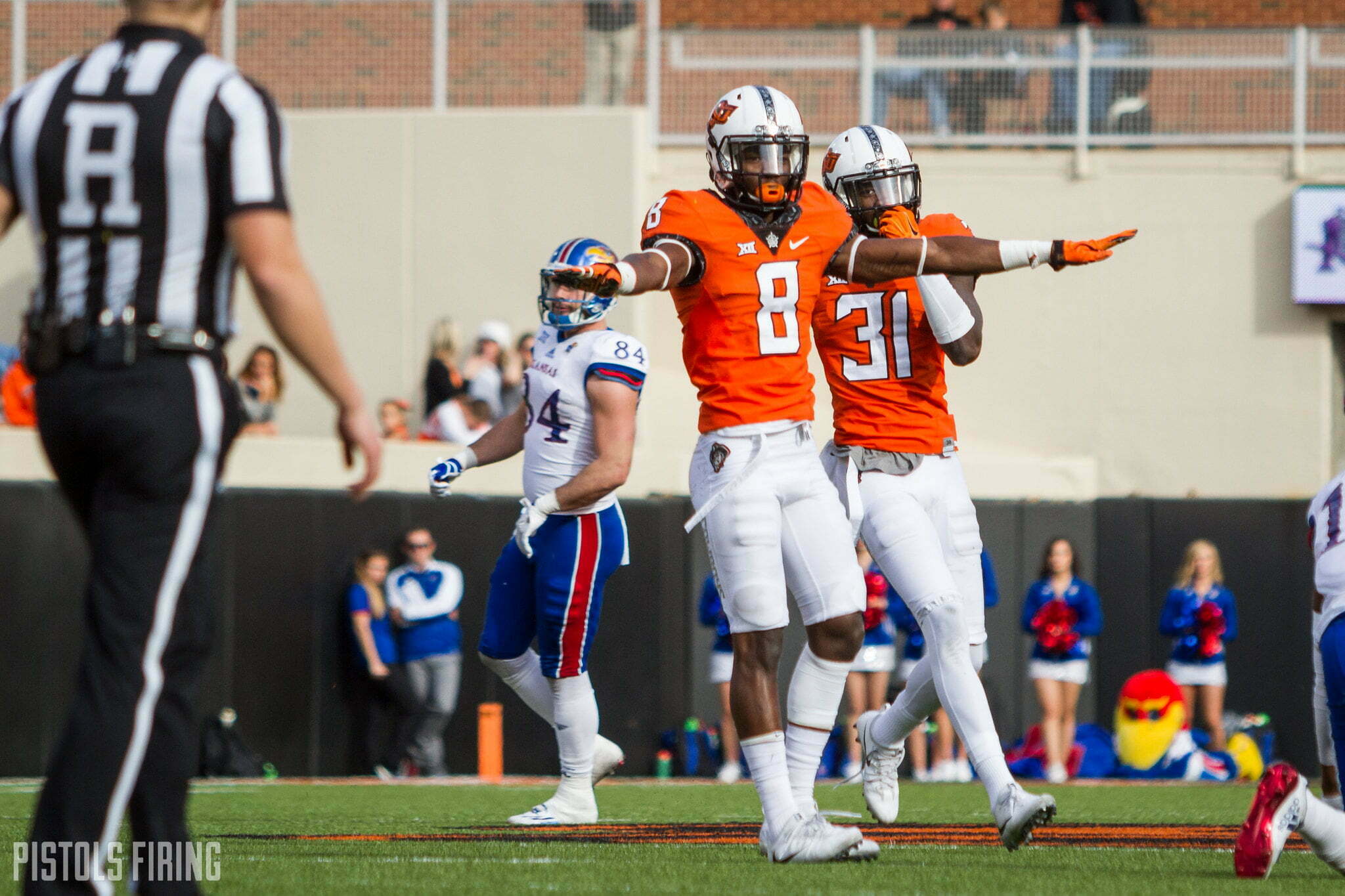 Jim Knowles doesn’t have a ton of turnover entering 2021, but there are some key cogs from his 2020 defense that will need to be replaced.

One of the major reasons OSU’s defense was as good as it was in 2020 was because Rodarius Williams often took away half of the field.

In nine games, Williams had a team-high seven pass breakups. His stats from 2020 don’t jump off the page, but that’s because he didn’t get thrown at hardly at all.

Safety-turned-corner Jarrick Bernard-Converse started all 11 of OSU’s games last season. He likely becomes the the guy OSU puts on its opponents’ top targets. He had seven PBUs and 32 tackles last seaosn.

But then someone is going to have to fill in Bernard-Converse’s role. The most likely guy for that at this point is probably Christian Holmes. Holmes started the final two games of the 2020 season.

Other guys to watch are Korie Black, Jabbar Muhammad and Thomas Harper. Black and Muhammad, both sophomores, primarily played special teams in 2020 but did get some reps at corner late in year.

Harper backed up starting safety Tanner McCalister in 2020. McCalister’s safety position, though, calls for a lot of cover skills. Harper has been hyped up since his early enrollee spring, but OSU has stayed so steady in the secondary it’s been hard for him to solidify I starting spot. He is still listed as a corner on the roster, so maybe he’ll get a look at that spot this season.

Amen Ogbongbemiga was a team captain, a All-Big 12er and the Pokes’ second-leading tackler in 2020, so his impact on the unit will be missed.

Luckily for the Pokes, they have an experienced player ready to step in, in Devin Harper. This will be Harper’s sixth season at OSU, as he redshirted in 2016 and is now taking advantage of the COVID waiver.

Despite making just one start last season, Harper finished sixth on the team in tackles with 37. He also had an interception, a two sacks, 5.5 tackles for loss and three QB hurries.

Replacement: A lot of players

Cameron Murray started all 11 of the Cowboys’ games in 2021, and his 22 tackles led the Cowboys’ interior defensive linemen. With that said, OSU is so deep on its defensive front that the Pokes should be fine.

Brendon Evers, Israel Antwine, Sione Asi, Collin Clay, Samuela Tuihalamaka and Jayden Jernigan are all listed as defensive tackles and all have some level of experience at the collegiate level. If that doesn’t work, guys like Tyler Lacy and Kody Waltersheid, who are listed as defensive ends, also have the size to play on the interior.

Evers and Antwine are the likely starters at DT for OSU, but the depth Knowles has at his disposal should be good for a few platoon swaps.