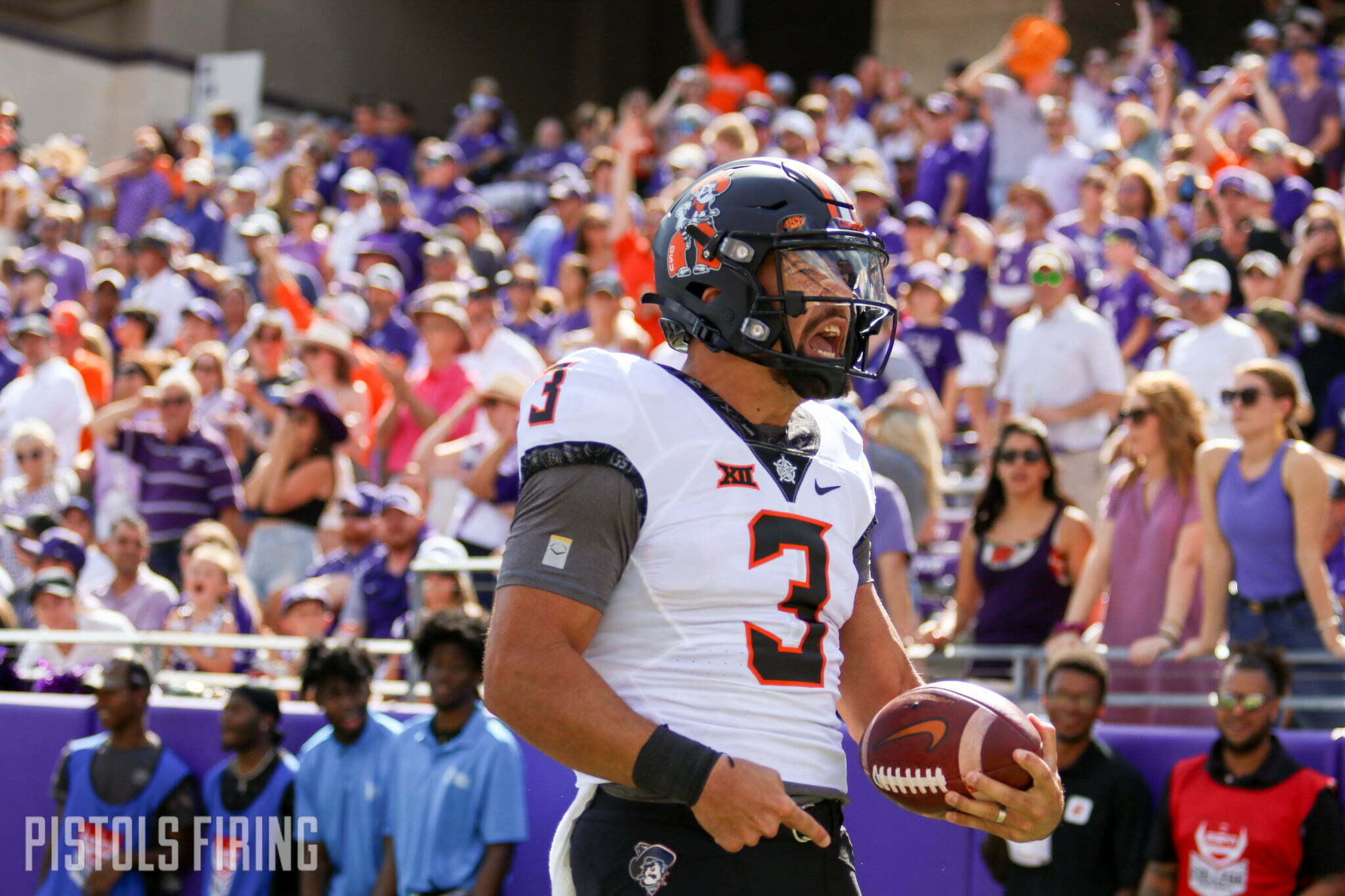 Pro Football Focus has a unique grading system for every player at the college level that is composed based upon how a player fares on each play based on whether it was a below average, average or above average play. (Not every play is positive or negative but every play is graded.) So which OSU football players are faring well in their grading system this season?

We consulted their website to find the answers to that question for each position group and listed them below in all their glory. PFF’s grades are included as well as where each player ranks among all players at the FBS level. Snap minimums for this exercise I ignored, so players who have only played sparingly but did well in those short spans did pop up occasionally. The grading scale is 1-100.

1. Not a surprise at all that Brennan Presley is the highest-graded player in OSU’s receiving corps. He’s Mr. Get-Wide-Open-When-You-Need-Him. But guess who was No. 2 among all OSU receivers when I dropped snap minimum requirements? Drum roll, please . . . .

Johnson Jr.’s 68.6 grade, which ranks 301st nationally, should be taken with a slight grain of salt overall — he has recorded only 91 receiving snaps, according to PFF — but it’s definitely something that’s interesting. John Paul Richardson was third among receivers followed by Bryson Green and Braydon Johnson, for what it’s worth. Next was Cale Cabbiness, Jaden Bray, Talyn Shettron and Braylin Presley.

2. Jason Taylor, a semifinalist for the Thorpe Award given to the best defensive back in the country, was surprisingly not the highest-graded safety on OSU’s team this season. He was second. No. 1 on the team was actually Kanion Williams, whose 74.0 overall grade ranks T124 on the season. Williams, though, has played just 21 defensive snaps all season.

3. I was very curious to find out which running back rated highest on OSU’s team and which ones came in at No. 2, 3 and 4. It was about as expected. Dominic Richardson led the way with a respectable 72.6 grade. Freshman Ollie Gordon was No. 2 at 67.3 and Jaden Nixon was third at 66.4. Zach Middleton and Deondre Jackson were fourth and fifth, though both have played fewer than 10 snaps this season so #BewareTheSmallSampleSize.

4. OSU’s edge defenders are elite! Like, elite elite. Tyler Lacy is top 30 nationally with an 85.7 overall grade, No. 1 among all players on the team. But what was even more impressive was that OSU’s edge rushers were all pretty high. Nathan Latu was second on the team at the position with an 84.2 grade which ranks T35 nationally. Ben Kopenski’s 78.0 grade ranks T94 nationally. And Brock Martin’s 76.8 grade ranks T115 nationally. Preseason All-American Collin Oliver ranks T210 nationally with a 72.9 grade.

5. OSU has an elite kicker, too! Tanner Brown has a 90.0 PFF grade as a field goal and extra point kicker which ranks sixth nationally. His kickoff grade of 79.5 ranks above average in FBS.