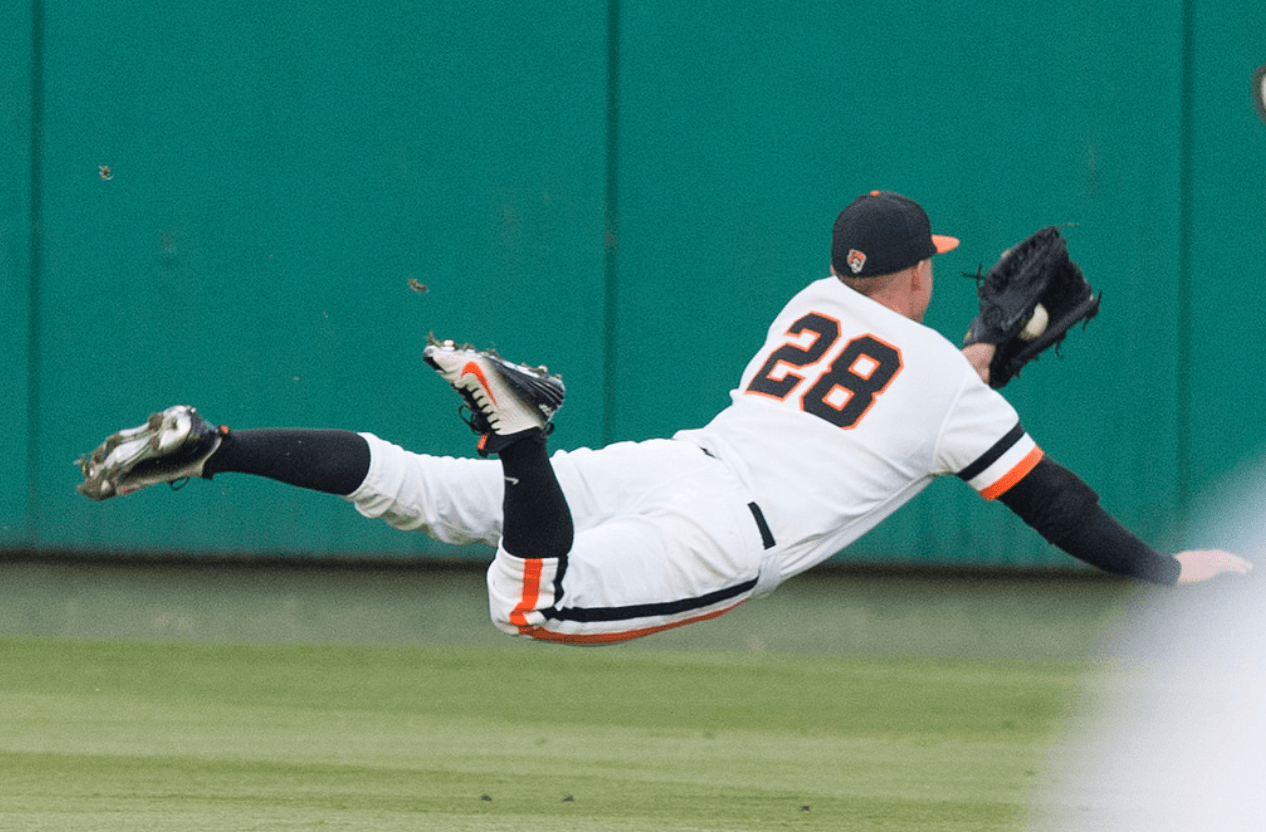 The offense continued scoring ample amounts of runs, Michael Freeman pitched an even better complete game, and the Cowboys won their ninth conference series in a row.

These old rivals met for the only time this year, but the Shockers didn’t put up much of a challenge. Kevin Bradley had a career day, knocking in the first of his three RBIs in the 2nd to give OSU the lead. His two-run double was part of a big 4th inning for the Pokes, which included a Jacob Chappell RBI single followed by Garrett McCain’s first triple of the season.

Remey Reed started again and pitched three innings, giving up two hits and striking out two before eventual winner Trey Cobb replaced him. OSU added two runs in the 7th and another in the 8th, so pitching coach Rob Walton was able to get a few different pitchers some game time. It was another sound win for the Cowboys, who didn’t lose a single midweek game in March.

Another conference foe, another series win for the Cowboys, who have now won a school record nine straight conference series – and counting. Friday got off to a shaky start, as pitcher Jon Perrin gave up his team-leading fourth home run of the season in the 1st to KSU’s Shane Conlon.

The Wildcats first baseman knocked Perrin for three hits and three RBIs, and Trey Cobb made his second relief appearance of the week halfway through the 5th. Perrin did have six strikeouts, but the 4-2 deficit he left with proved to be the final score. Conor Costello went 2-4 with a solo homer in the game.

OSU wasted no time in taking Saturday’s game, scoring six times in the 1st to effectively end the contest. Eleven hitters came to the plate, and all six runs came with two outs. The Cowboys had six extra-base hits in the game, including home runs from Costello and Ryan Sluder. Tyler Buffett pitched five innings in relief, striking out five and earning his second win of the year.

Sundays are quickly becoming the Michael Freeman Show, because the senior lefty lit it up again. In a high-pressure game to decide the series, he put in one of the best starts maybe anyone in the country has had this season. OSU was actually down 1-0 in the 6th after an error, a sacrifice bunt and a passed ball allowed KSU to take the lead.

But Donnie Walton announced his return in a big way Sunday. He tied the game in the bottom half of the 6th with a sacrifice fly, and an inning later delivered a big two-run double to produce the final 4-1 scoreline.

Freeman took a no-hitter into the 9th, looking for the first nine-inning no-no at OSU in half a century. He wasn’t able to pull it off, giving up a pair of singles, but he recorded his second straight complete game, striking out six and allowing just the unearned run. The win is the ninth straight Big 12 series win dating back to last season, which is a school record.

OSU has now won 11 of the last 13 games, and will take that momentum into the home weekend series against the leader of the Big 12, the 10th-ranked Texas Longhorns.

It was too difficult to pick between these two, because they both crushed it. Costello continued to improve from his rough start to the season, hitting .438 (7-16) last week with two homers, four runs and four RBIs. He also stole two bases to tie him with Gage Green for the team lead.

Sluder made the most of his playing time, hitting .667 (8-12) with his first home run of the year. He also contributed a pair of doubles – he leads the team with nine – along with three runs and three RBIs, and he even stole his first base this season. His best performance was Saturday, where he went a career-best 4-4 with a double and a two-run homer. If he can continue to hit this well, it will be hard to leave him on the bench.

The breakout season continues for the new ace of the pitching staff. He threw his second straight complete game – a feat not accomplished since the days of Andrew Heaney – this time taking a no-hitter into the 9th of a huge home game against K-State. He gave up two hits in the final inning, but his sixth strikeout of the game gave him his fifth win of the year.

Who knows what the rest of the season holds for him, but I’ll be looking forward to every Sunday game from here on out.

I know a pitching coach who deserves a raise…

@rwslidepiece 91 to 96 mph great to see our young guys throw that way?

Both have been named Senior CLASS Award nominees.

@OSU_GageGreen and @jperrin46 getting noticed for excellence on and off the field. Proud of you guys! Y'all deserve it!

He most certainly is.

Look close and you can see the ball just over the cameraman’s head. That must have been 440+ feet!