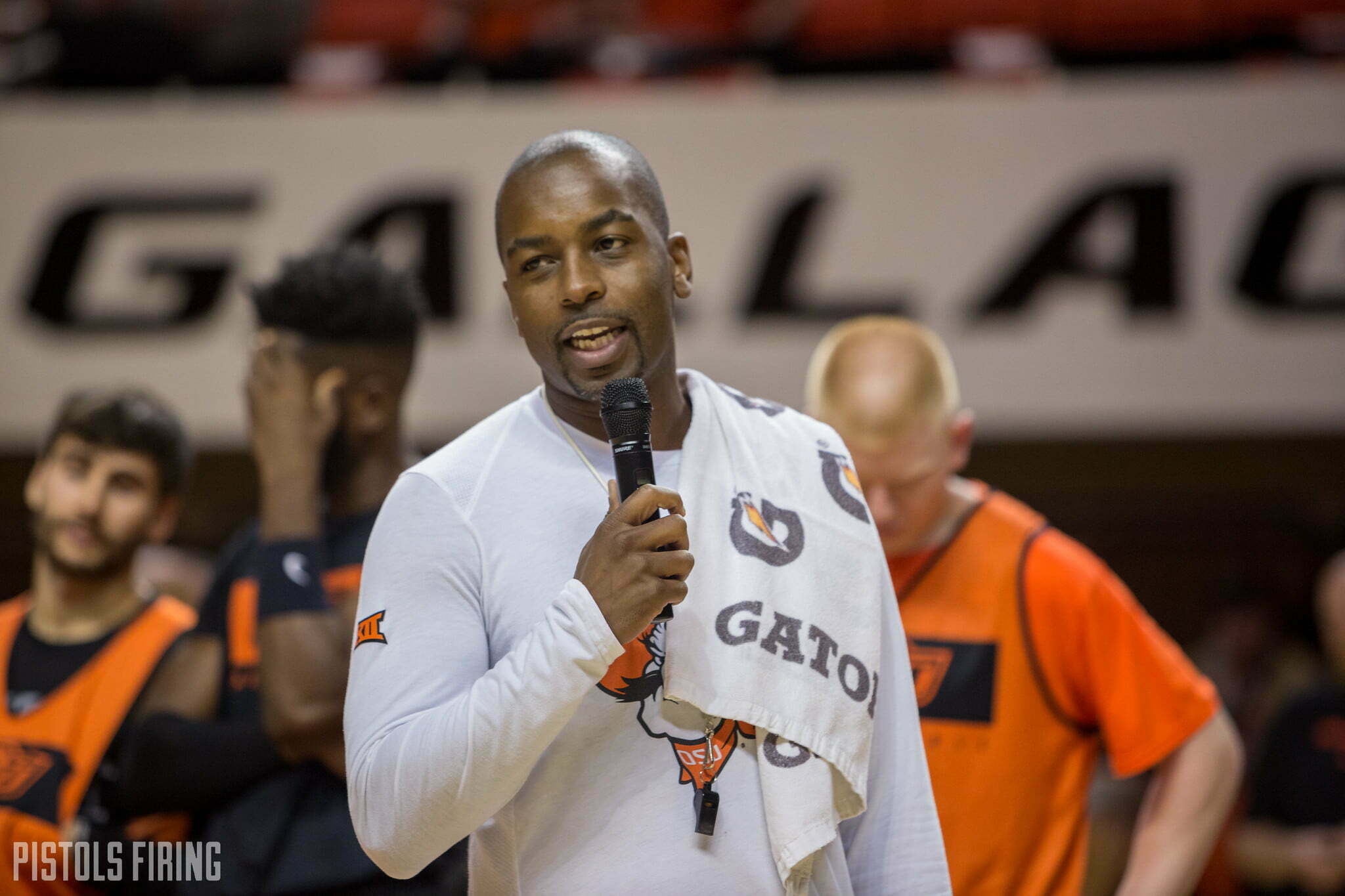 Boynton met with reporters Tuesday before his team’s practice, and here is a breakdown of what he said.

• The team has continued to put together “really good” practices. The team isn’t worried about long-term projections but just getting better every day.

• The newcomers are coming along. It’s a competitive group in a good way in that the freshmen want to help each other get better.

• Hidde Roessink is “really, really smart.” He understands the concepts and is now trying to find out how to fit that into what OSU does.

• On Roessink: “He is one of the smartest basketball players I’ve ever coached. There is an argument about who the best shooter on our team is, but I think he could make a strong one. He doesn’t look to shoot the ball enough. He’s got to be more aggressive. He passes up a lot of shots, kinda deferring to the older guys who have been here before. ‘If you’re good enough, you’re old enough’ is kind of my deal. Freshman, senior, it doesn’t matter to me. I want him to be a little bit more assertive.”

• New analyst Barry Hinson coached against Boynton when Boynton was a player at South Carolina.

• On Hinson: “I know he loves this university. He’s going to bring an unbelievable amount of experience to our bench. He’s going to help some of our younger coaches understand what it takes to have success both in game-planning and maybe some recruiting strategies. And he’s going to be a great benefit to me. Now I’ve got three former head coaches. I should be able to turn to any of them at any point and know that someone’s been in whatever situation we’re in at the time.”

• This is the first time Boynton has had an analyst.

• Boynton is still “racking up frequent flyer miles” in recruiting.

• On Keylan Boone: “I was actually a little bit concerned about him coming in, not that he couldn’t, that most young guys haven’t been asked to defend, and it takes them a while to understand that it’s important. He’s really embraced that, and I think that he’s found, in his mind at least, that maybe that’s a way he can be different. He’s really, really embraced the challenge of being a defensive stopper down the road. He’s not there yet, but he’s really, really trying to pick up those concepts and taking a lot of pride in becoming better in those areas.”

• Boynton said he didn’t have anything to do with the refresh of Homecoming and Hoops. “I’m going to show up when someone tells me too, and I’m going to do whatever they ask me to do. And I hope it’s a good event. We’ll have some people who are important to the future of our program here, and as long as they’re having a good time, everything else is pretty good with me.”

• With it being a lot of the players’ first introduction to the fan base, Boynton said he wants the guys to be themselves. “There will be some competition from what I hear, and I want them to try to win.”

• The freshmen have “no idea what’s coming” in terms of noise.

• Avery Anderson is Boynton’s pick for the dunk contest. “You usually kind of get the benefit of the doubt being a smaller guy. Avery’s probably at a disadvantage. His dunks won’t look that impressive, although I’m sure they’re not easy. If Avery and Kalib do the same dunk, Avery is going to score higher. That’s kind of how it works, so I’ll take Avery in that one.”

• On Markel Brown coming back to judge the dunk contest: “Markel’s been around several times. He’s obviously really good friends with Keiton (Page), who he played with. I got a lot of respect for all of those guys. I never played for a dime, so I understand how hard it is to make it to where he’s made it. I wish he was in the slam dunk contest. I’d put all my money on him.”

• Roessink’s most natural spot is power forward, but depending on the opponent, he can play some center.

• On players making money off their likeness: “I don’t know the bill, so I can’t really speak to it. I will say this: I was a student-athlete from 2000 to 2004 at South Carolina. I added zero value to that program. Everything that I got was totally one-sided. I received all the benefits of being a student-athlete at the University of South Carolina.

“I do realize that this is different. There are guys, wasn’t me, that maybe could’ve been more valuable, right? There’s a place for it. What does it look like? It’s probably a little complicated, but it’s something we can figure out. I do believe that we live in a capitalist society. If someone can, off their own image, truly have value, then I don’t see why we should not allow that to happen. But at the same time, I do know that there’s a narrative out there that all these kids are worth all this money, and I can stand here as somebody who was a former student-athlete and tell you that there’s not a single person in Columbia, South Carolina, that would’ve paid me to do anything. And I didn’t deserve it. I worked hard. I was on scholarship. I had a great time. I benefited. I got my degree, and it gave me an opportunity to have a great career.

“I played with some guys that maybe, because they were much better and talented, maybe they could have.”