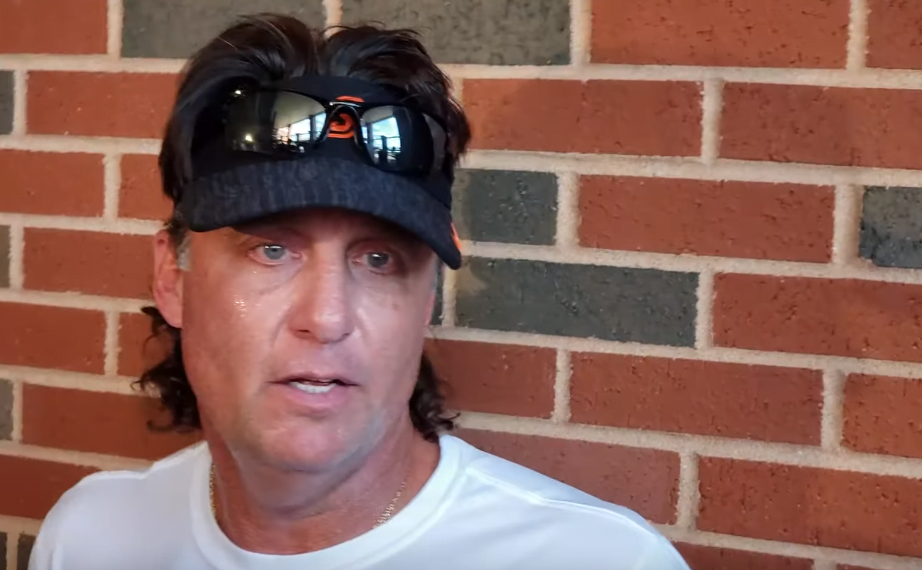 STILLWATER — The Cowboys are 10 days away from their season-opening game in the Beaver State.

Oklahoma State coach Mike Gundy met with reporters after his team’s Tuesday practice. Here are some bullet points on what the Pokes’ coach spoke on.

• Both quarterbacks are doing well, and if OSU played this week, both would play.

• He doesn’t know how he’d split up in-game snaps. He said they don’t have to make that decision until next week, but preliminary discussions on the matter have taken place, but the staff is still unsure.

• The discussion of keeping a hot hand in versus splitting up snaps incrementally (series, quarters) has also taken place, but no decision has been made.

• Calvin Bundage can start practicing after a back injury forced him to be limited in fall camp. Gundy said he doesn’t know whether Bundage will start at Oregon State given the missed time, but he does expect Bundage to “get some action if all goes as planned.”

• Kevin Henry is doing well, Gundy said the Liberty Bowl was good experience for him.

• The offense and defense have had success in fall camp, and both sides have gotten “considerably better in the last week.”

• “We’re getting close to, ‘let’s go play a game and see where we’re at.’ Some of the guys that have never played and see how they react, that’s the exciting part of what we do. The issue you have as a head coach is you worry at night about what they’ll actually do.”

• “Oregon State scored a lot of points last year. I don’t know that people realize they had success on offense. … It’ll be a dogfight. We’ll have our hands full, but we’re looking forward to playing.”

• Gundy has six different discipline T-shirts. He said he washes them, and he isn’t wearing the same shirt every day.

• Harps on penalty problems from last season. He said they took themselves out of games.

• Gundy said he feels as if they are a much more disciplined team than the bowl game. “I know if they did anything we didn’t like, we ran them. We’ve run a lot this camp.”

• OSU is doing a good job on the offensive line. Gundy said there are fewer missed assignments than they’ve ever had.

• “I feel pretty comfortable with where we’re at.”

• “Linebacker will be a lot like the quarterback position; we’ll see.”

• Gundy said he doesn’t know for sure if OSU will name a starting quarterback before the first game. “If I knew, I’d tell ya.”

• “Maybe somebody takes the thing over in the next three practices and makes it really clear cut. Both guys, now, are playing well enough for us to win in my opinion. But until one of them clearly says or shows that he’s better than the other, both guys deserve to play.”

• Israel Antwine “looks different.” Gundy mentions Antwine gets it because of all the experience he got last season at Colorado.

• On the defensive line: “Honestly, they rotate in so much, I can’t keep up with who’s in.”

• “We think we have a good feel for what should happen (at Oregon State) and what they should do, but you never know. It’s just always been that way. Does it affect your sleep at night? Sure it does. But there’s also a level of excitement. I’ve done this long enough now, I kind of enjoy it. I just want to see what they’re gonna do.”