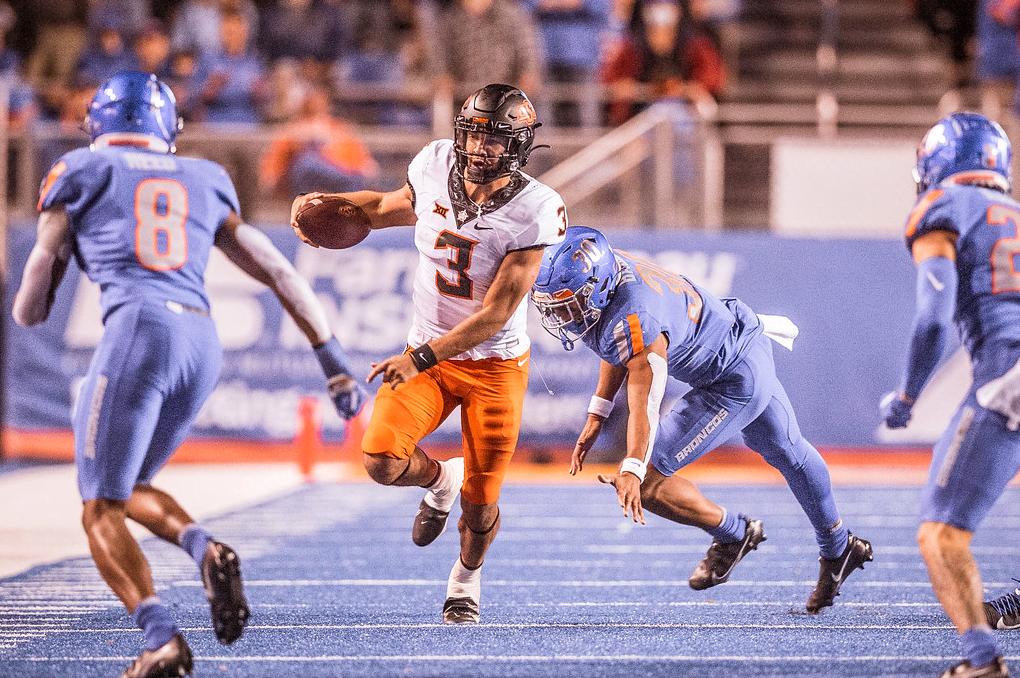 Through three weeks, I’m not entirely sure how good Oklahoma State’s football team is, and I’m not certain Mike Gundy is either. But the Cowboys are finding ways to win, and that’s no small compliment.

In victories over Missouri State and Tulsa, the Cowboys couldn’t run though a fog, but their offense — what offense they had — found its success through the air. On the blue turf in Boise, the Pokes were able to get the ground game going thanks in part to the return of right guard Hunter Woodard and an offensive outburst by Jaylen Warren, but the Cowboys could barely complete a forward pass through the Idaho wind.

As conflicting as those two narratives are, the consistent through-line is an offense that has been one-dimensional all season. That’s not exactly a recipe for sustained success, Saturday’s 21-20 win notwithstanding.

“I think Spencer [Sanders] played good,” said Mike Gundy after the win. “We didn’t protect him. So we were one-dimensional. It allowed Boise to have flexibility on coverages. He didn’t have much of a chance to throw the ball.”

Injuries and shuffling along the offensive line has dampened the buzz around a group that was tabbed to be much-improved in 2021. And even more injuries, and NFL attrition, have made the Cowboys’ wide receiver corps — normally a perennial point of pride for the Pokes — as thin as any I can remember.

On Saturday that resulted in a 6-of-13 outing for Sanders who totaled just 87 passing yards and no scores. In three years, he only produced less during his brief appearance against Tulsa in 2020.

This feels like an offense that could look a lot better in November than it does in September, but what do they do until then? A defense, as we saw at times against Boise, can only bend so far before it breaks and — as fun as they are — special teams highlights won’t get you through league play unscathed.

Sanders’ biggest play of the night came on his final pass attempt, a dialed-up fade to walk-on wideout Cale Cabbiness. The rookie reeled in a game-sealing catch on the first target of his career. A better script you couldn’t write for Cabbiness, said Gundy, but conference title runs are rarely fueled by heartwarming anecdotes.

“We have a long ways to go offensively,” Gundy said. “Personnel-wise, we’ve got to come up with some answers to allow ourselves to throw the ball a little better. But I don’t want to take anything away from what we accomplished.”

The Cowboys have little time to celebrate. This weekend they have a date with Kansas State, also 3-0 and riding some momentum into conference play, starting that wacky whirligig that is the Big 12 season.

This can play out one of two ways: a) the Cowboys and their coaches continue to adjust on the fly and rely on grit, their defense and some more luck to keep them afloat until reinforcements return or their younger players grow up fast; or b) the team’s weaknesses and lack of depth get exposed against the Wildcats next weekend.

I have no idea which of those scenarios will unfold but I’m fairly sure of one thing — this team won’t quit.