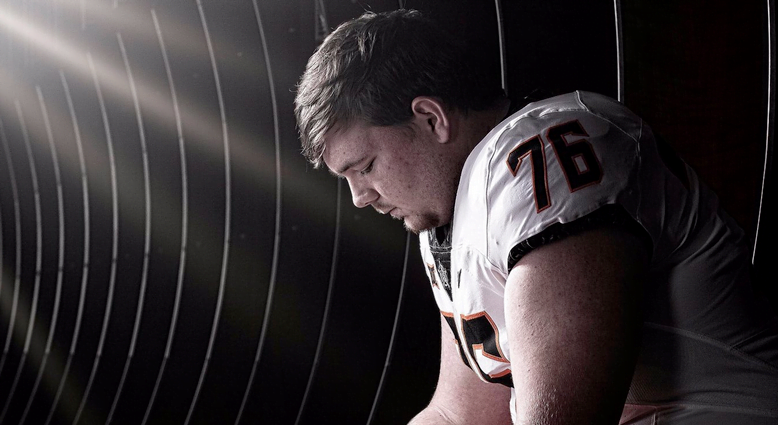 I’ll be wrapping up my breakdowns of the current 2020 Oklahoma State commits with the highest rated and the only offensive recruit of the bunch, Eli Russ. Now, if somebody commits tomorrow, I’ll be back at it, but as everything stands, this will be my last commitment breakdown for now.

According to 247Sports, the Ardmore, Okla. native would be the sixth-highest rated offensive lineman in Cowboy history. He was an absolute monster for Plainview High School last season, averaging 10 pancake blocks per game. This impressive junior campaign ended with Russ being selected to the first team of The Oklahoman’s All-State Team.

The Cowboys got in early on Russ’ recruitment as he was being recruited by former OSU offensive line coach Josh Henson since his freshman year. With Henson no longer on staff, new O-line coach Charlie Dickey immediately began to form a relationship with Russ by reaching out to him over the phone. Russ was recently in Stillwater when Mike Gundy and staff hosted a VIP day for some current commits and top recruiting targets, and he seems to still be firmly committed to the Pokes.

Note: Rated as the 53rd highest prospect at offensive tackle and the 5th highest in Oklahoma by Rivals.com.

Sources have indicated to PFB that the Sooners have already begun to ramp up their recruitment of the Oklahoma product, but I think he holds true to his original commitment and ends up in Stillwater.

I was able to watch Plainview’s games against 3A opponent and playoff team Marlow, as well as their early season contest playing up a class against 4A Elgin. Even though Russ is listed as an offensive guard on 247Sports, he lined up at right tackle in both of the games I watched. My main takeaway from watching game film on the young offensive lineman is 3A and 4A high school opponents are no match for his size and strength.

Russ consistently moved defenders off the ball and pancaked them when the opportunity presented itself, as you’ll see in the clip below.

Russ is incredible in the run-blocking game. He does a great job of keeping a wide base, allowing him to stay with his block, and drives through defenders creating huge running lanes, an example is shown in the following video.

He also has the athleticism to not only make blocks at the first level of the defense, but climb to the second level as well.

Russ uses his length well in pass protection and has good, not great, lateral quickness. I could see Russ playing tackle at the college level based on his size, but he also has the skill set and versatility to excel at guard.

I spoke to a friend of mine who coaches at a 3A Oklahoma high school and he told me that Russ dominated every one he went up against. Even in games where Plainview was getting beat, Russ consistently bullied his man and never threw in the towel. He’s my favorite prospect of the four current 2020 commits, and even though there’s a long way to go in the 2020 cycle … I feel fairly confident he’ll still be my favorite when it’s all said and done.

Below are Russ’ highlights from his junior season.