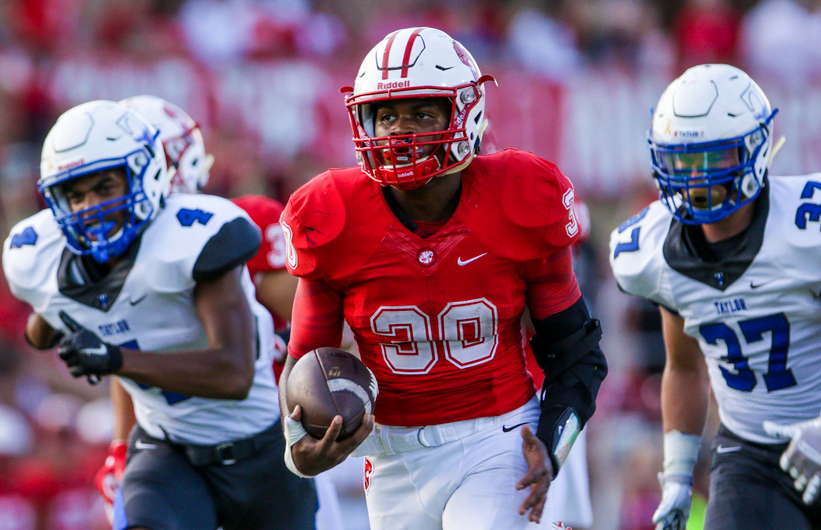 Oklahoma State landed its highest rated recruit in the 2019 class this past Monday in four-star running back Deondrick Glass. Glass announced during the Blue Grey All-American game on ESPN that he would be continuing his playing career in Stillwater. Now that it’s been a couple of days since his announcement, I wanted to take a deep dive into just what Glass can bring to the table and where he fits into this Cowboy team moving forward.

In his senior season at 6A Katy High School, Glass rushed for 1,951 yards on 225 attempts and found the end zone 30 times over an 11-game span. That means the young running back rushed for over 175 yards per game in his final high school season. This outstanding senior year capped off a phenomenal varsity career in which Glass rushed for 6,154 yards and 100 touchdowns.

Glass received nearly 30 offers during his high school campaign and was one of the most highly coveted running backs in the nation. In early December, Glass narrowed down his recruitment list down to six final schools, Alabama, Georgia, Miami, Michigan, Oklahoma State and Texas. When January 14th arrived, the Katy native had three hats on the table… Alabama, Oklahoma State and Texas. There was a fake for the ‘Bama hat, but Glass ended up putting the OSU orange cap on and the rest is history.

It's official. 4-star running back Deondrick Glass is headed to Stillwater. #okstate pic.twitter.com/AiFzLU3ogr

Glass is an incredibly powerful runner who has great balance and is rarely brought down by initial contact, as you will see in the clip below.

The Texas product is very patient and does a good job of running off of his blocks. This is something a lot of running backs have to learn in college, as we saw Chuba Hubbard gradually improve throughout the year and Justice Hill improve throughout his career, but Glass seems to already been in a good spot in terms of patience.

Even though he is a strong runner, this doesn’t mean he isn’t fast. Glass has incredible athleticism and top-end speed which make him very capable of busting a big play every time he touches the football, as shown in the following video.

Glass wasn’t much of a threat in the receiving game at Katy, and this will be something he will have to develop at the next level. However, one good sign is he was getting some work in the slot at the Blue Grey All-American game, shown below, and I saw he caught a pass out of the backfield early on in that contest.

In addition, with how many times they ran the ball at Katy, he didn’t get a lot of opportunities in pass protection. This will be something else he will need to develop at Oklahoma State.

Still, it was hard to find many areas to improve upon when watching Glass. He’s an all-around back that I think will make an early impact with the Cowboys. With the losses of J.D. King and Justice Hill, we’ll see Jahmyl Jeter, LD Brown and Dezmon Jackson competing for reps in this Cowboy offense. However based on his talent level, I think it will be tough to keep Glass off the field next season.

My early NFL player comparison for Glass is former LSU stand-out and current Washington Redskin Derrius Guice. Guice, who was also a four-star recruit, was similar in size to Glass coming out of high school at 5-11, 213 pounds. Guice weighed in at 224 pounds at the NFL combine, which is certainly heavier than Glass’ current weight at 200 pounds, but I believe the Katy product has the frame to get to around 215-220 before his time is done in Stillwater.

I see a lot of on-field similarities between these two guys as well. They both do a great job of setting up blocks and finding the hole. Both players also possess amazing balance after contact and have the ability to cut in the open field without losing momentum. In addition, Guice also wasn’t used much in the passing game at LSU, so they currently have that in common, although I think Glass will add this dimension to his game at OSU. Lastly, both Glass and Guice are powerful runners who also possess home run type speed.

I’ll wrap this up with Glass’ senior year highlight tape.