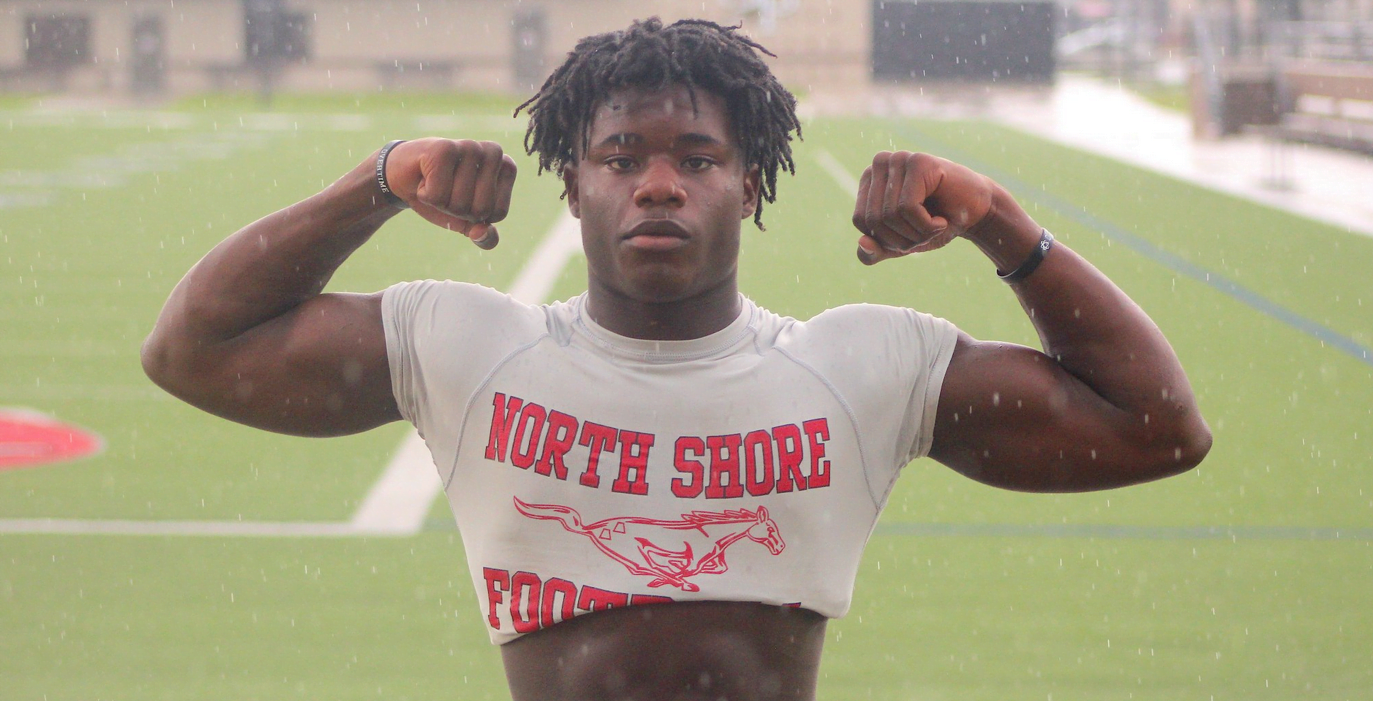 Oklahoma State made the second cut of schools for five-star, consensus top-5 prospect Zachary Evans over the weekend. Evans is a superstar running back prospect from North Shore High School in Houston.

His previous top schools included a top 25, which was met with some eye rolls considering he had around 30 offers at the time. But his newly-trimmed list includes a top 11; a significant cut considering he has 37 scholarship offers. So, improvement!

Evans is the best running back prospect in the 2020 recruiting class, and considered the best overall prospect coming out of Texas. Naturally, a strong unit up front tops his wish list in what he’s looking for as a college destination.

“My biggest factor is the offensive line,” Evans told 247 at the end of last year on what he’s looking for. “I don’t want to go to a school without big boys upfront. I want some bullies. I don’t want to run behind any kids.”

It doesn’t feel unreasonable to think Evans’ fit in Stillwater would be seamless. Heck, he could probably be Chuba’s backup like three weeks ago! As for the projected fit in 2020, there’s certainly going to be a different situation at the running back spot — but it wouldn’t matter. Evans would almost certainly be a rotation player at the running back spot right away, and maybe more, considering his transcendent talent. Last February, as a sophomore, he logged a 4.51 40-yard dash, a 3.91 shuttle and a 34-inch vertical. He led Houston North Shore to a perfect 16-0 record as a junior and rushed for nearly 2,000 yards and 29 touchdowns on more than 10 yards per carry on average. He was named the co-Max Preps Junior of the Year.

At 6-foot, 205 pounds, Evans can do it all: Catching passes out of the backfield, plowing over poor Texas defenders, you name it. He’s a physically imposing prospect who can win with speed and sheer power, or shiftiness and finesse. Just a freak show.

Evans would be the highest-ranked commitment to ever pledge to Oklahoma State (shocker). I don’t see it happening. In fact, most people don’t think he’s leaving the state. Texas A&M leads in his 247Sports crystal ball and Texas, LSU, and Oklahoma State trail in that category. My money would be on Texas — I think the Longhorns fit the profile of a blueblood program, and they’ve been recruiting him since Tom Herman arrived in Austin — but he’s still maybe a ways away from a decision.

No commitment date yet, but Evans is the type of prospect that seems destined for a signing day decision. If he chooses to run the clock out, he could commit in December, on the first day of the early signing period, or wait until next February at the latest.