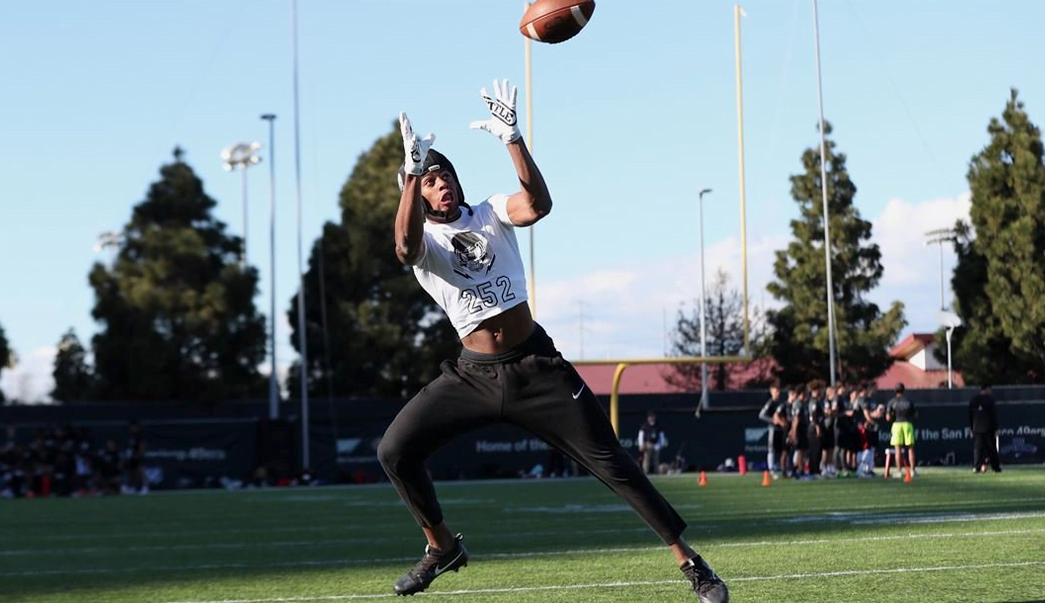 Hamilton High School (Ariz.) star Brenden Rice knows a thing or two about what it takes to be an elite wide receiver. Rice, a four-star prospect from Arizona, knows because he’s gotten firsthand accounts from a legend.

Rice is the son of Hall of Fame receiver Jerry Rice, a 13-time Pro Bowler, 10-time All-Pro, three-time Super Bowl champ, and one of the very best receivers in the game of football. Ever. So he has a decent pedigree, you might say.

Oklahoma State took a gamble on that pedigree this week (which is the equivalent of hitting the dealer on 5) by offering him a scholarship. The Pokes join the mix along with Oregon, Arizona, Arizona State, Iowa State, Louisville and others who have already offered.

Early returns on his high school career seem to bode well for his future, too.

“He should be one of the best in the country, if not the best,” said Hamilton coach Mike Zdebski last fall via AZFamily.com. Still, being the son of a Hall of Famer isn’t an easy life.

“With the whole Rice name, and all that, I truly look at myself as another one like everybody else,” Rice said. “I have to earn my status. Success is not inherited, it’s earned so like, that’s the motto I go by every day.”

Rice is a Class of 2020 receiver prospect, one of many to earn an offer of late from the Pokes, but certainly the most intriguing of the bunch. Last season he accumulated 729 yards receiving for Hamilton, and he is well on his way to busting out as a national prospect this offseason.

Take a look at his highlights below.