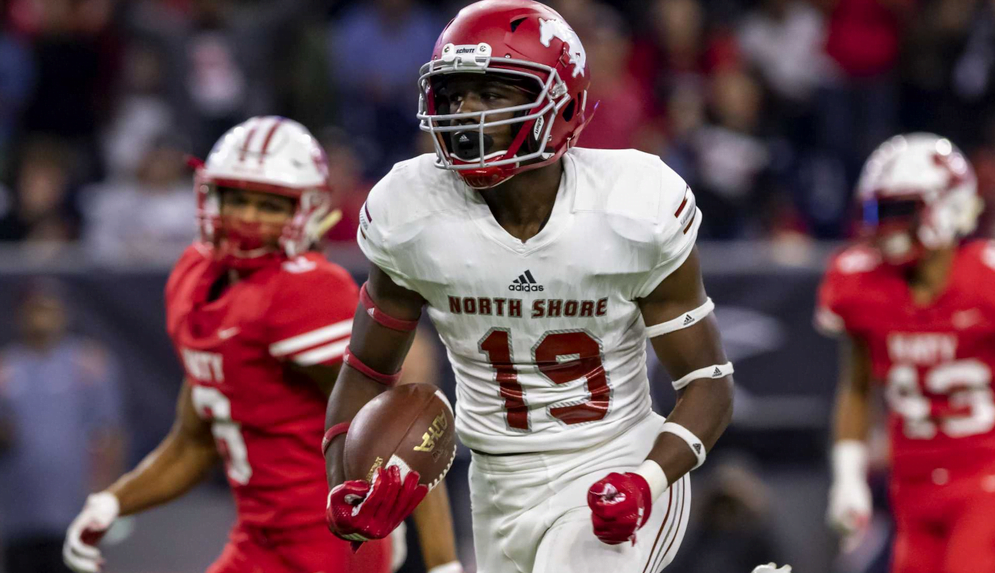 Mike Gundy and Co. have been handing out scholarship offers like Oprah circa 2004 with washers and dyers. There have been close to two dozen new targets to emerge, from Philly to Arizona, to Texas to, well, Texas.

Saguaro, Saguaro, Saguaro. Polk is the latest Scottsdale star to get an offer from OSU, joining five-star Kelee Ringo, Jacobe Covington and Bram Walden, who were offered this past week. All four are teammates.

Polk is a 6-4, 190 pound pass-catcher. He’s on the rise, but has picked up offers already from Arizona and Florida along with OSU.

Polk’s father played at Oklahoma State and his brother went to Colorado.

Oklahoma State is now among the many to offer Courtland Ford, the bruising 6-6, 305 pound offensive tackle from Cedar Hill High School in Texas, joining LSU, Alabama, Baylor, Colorado and others.

Ford is committed to LSU, where he’s been pledged since November. Still yet, his recruitment isn’t totally closed. OSU joins Tennessee and USC among recent offers since he made his commitment, likely a sign that he hasn’t fully shut the book on his college decision and may be listening to pitches from other programs.

A four-star outside linebacker from Houston’s North Shore, Shadrach Banks can now add OSU to his ever-growing offer sheet that includes Alabama, Florida State, Florida, Baylor, Arkansas, Tennessee and others.

Banks is an elite prospect at 6-foot, 200 pounds, whom Max Preps rates as the No. 1 athlete in 2021. He plays both sides of the ball in high school  — at receiver and linebacker — and is a truly electrifying talent on both ends.

Neville is a 6-3, 195 pound receiver from Missouri City, Texas, who is unranked. For now.

He has 22 scholarship offers in total from the likes of Alabama, Florida, OSU, Arizona, Colorado and many others. Given the profile of his offers, he’s gunning for four-star status likely in the next round of 2021 rankings.

Manning is a Kansas City native with close to double digit offers, most of which have come from the Big 12 tree. Iowa State, Kansas, Kansas State and OSU are in the mix currently. He’s a 6-foot, 175 pound cornerback.