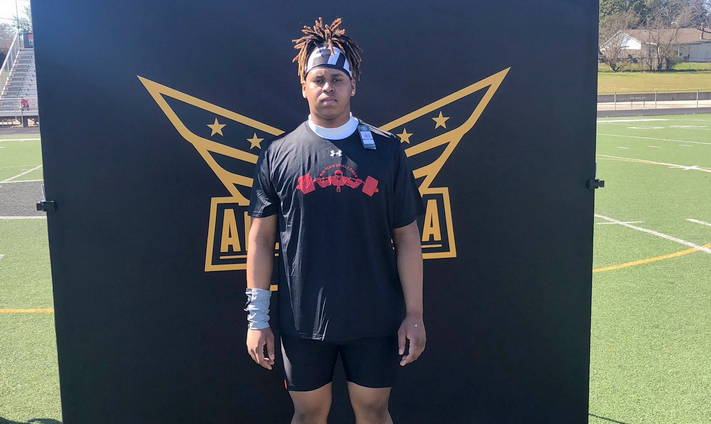 Oklahoma State picked up their second offensive lineman commitment, and sixth commit overall, in the 2020 class last Tuesday in three-star prospect Trent Pullen. The Waco, Texas product is also the first offensive line commit of the Charlie Dickey-era and the second highest rated prospect in this recruiting cycle.

Similar to what I’ve done with the other 2020 recruits I am going to take a deeper dive into what this commitment means for OSU’s offensive line going forward.

Pullen was originally recruited by Dickey when he was still coaching the O-line at Kansas State, but the two remained in contact when Dickey took over the same job in Stillwater. Pullen becomes the eighth highest rated offensive lineman recruit in OSU’s recent history according to 247Sports, and the Pokes already have the sixth highest rated all-timer in this class in Eli Russ.

Pullen primarily played right tackle for the Connally High School Cadets this past season. The Texas native recently measured at 6-2 1/2, 275 pounds at the Under Armour Dallas regional camp and most likely projects as a center or guard at the next level.

Note: ESPN and Rivals.com both have Pullen ranked as a three-star prospect.

Top Offers: Along with Oklahoma State, Pullen has a total of 15 other offers to this point. This includes offers from Arkansas, Baylor, Colorado, Houston, Kansas State, LSU and Texas A&M.  The Bears were the first team in on Pullen back in May 2017, but his recruitment really started picking up in early 2018 with offers from Kansas State, LSU and Texas A&M all coming within the span of a month.

Pullen attended OSU’s spring practice and committed the following Tuesday, citing his relationships with Dickey and head coach Mike Gundy as the primary reasons for choosing to play in Stillwater.

As I mentioned above, and my buddy Adam Lunt pointed out on Twitter, Oklahoma State has brought in some real talent on the offensive line in the past couple of years, and this continues with the commitment of Pullen.

I was able to watch Pullen and the Cadets in their regular season matchup against Lorena High School, a team that made it to the regional round of the Texas 4A Region 2 State Playoffs. When I first started watching his film, I honestly thought it was a mistake he was listed at 6-2, 275. He looks and plays a lot bigger, most likely due to his long arms and the way he consistently is able to extend them and get his hands on defenders.

As I discussed earlier, the young lineman primarily lined up at right tackle during his junior year, shown in the image below, but towards the end of the game I watched he lined up at the left tackle spot as well, showing his versatility. 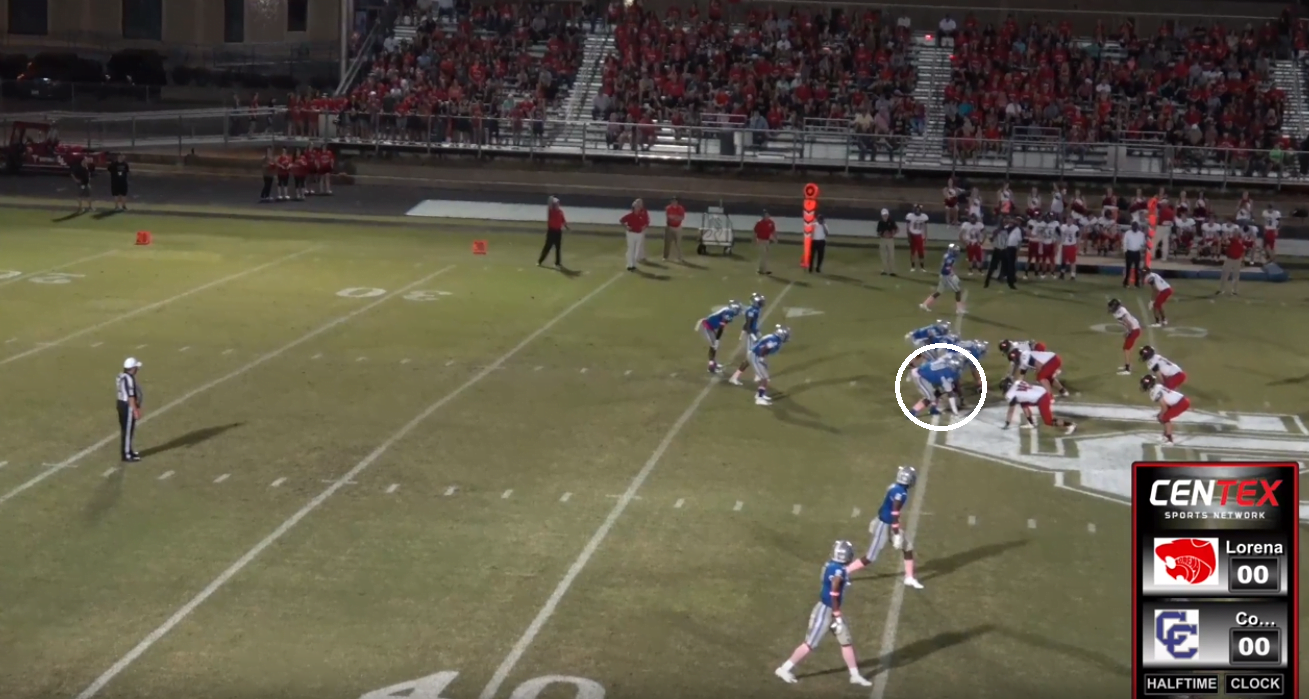 The Waco product looked pretty athletic for an offensive lineman on film, but his testing results have been about average according to ESPN and the recent camps he’s attended. On film, Pullen is a pancake blocking machine, as you can see in the clip below.

Pullen does an excellent job of exploding off the ball and gaining ground, then engaging with his opponent and getting a wide base. He consistently drove through his blocks, racking up the pancakes as he went.

In addition, despite the average combine testing results, Pullen moves well on film and was able to make solid blocks at the second level of the defense, as shown in the following video.

Although run blocking seems to be Pullen’s specialty, he also does well as a pass blocker and always has his hands on the defender using his long arms to his advantage. An example of this is shown in the following clip, although the quarterback ends up scrambling here instead of actually throwing the football.

Now, he did play tackle in high school, but due to his size he probably will play on the interior of the line at the college level. Connally didn’t run any counters that had the tackle pulling, so I didn’t get to see Pullen in these situations. However his ability to make blocks at the second level and lateral agility make me feel like he would excel at pulling to the other side of the line.

Overall, I was really impressed with Pullen’s film, I would obviously like to see him improve his athleticism and strength, which I’m sure Rob Glass can handle, but other than that there wasn’t much I didn’t like from watching him play.