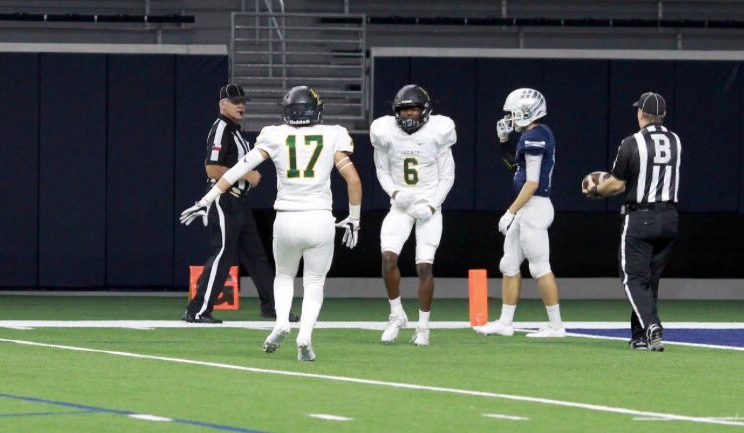 Mims has incredible speed and is a solid route runner. His leaping ability and willingness to go up and high point the football, along with his overall quickness and agility give him the versatility to play either inside or outside in college.

Additionally, even though he lacks size and will most likely need to add some weight at the next level, he is still tough to bring down in the open field as he shows in the following clip.

And, once he gets into the open field, as you see above, he’s almost impossible to catch. The Lone Star High School wideout also has a great first step and the acceleration to create early separation from his defender. In addition, he has a great burst of speed after the catch which gives him the ability to break big plays.

Mims isn’t just a stud on the football either, he’s a very skilled basketball player as well.

Mims is an incredible talent, and it would be great for the Pokes to land him based on that alone. In addition, OSU will lose inside receivers Dillon Stoner and Landon Wolfe in 2020, and Tracin Wallace and Braydon Johnson, two other guys who’ve seen time on the inside, will both be in their last year of eligibility. I think Mims could fit in nicely at the inside receiver position due to his lateral quickness and route running, but still remain a deep threat from the slot with his speed and acceleration.

Additionally, a lot of the young receivers on this roster are taller guys, like C.J. Moore, Jonathan Shepherd, L.C. Greenwood and Patrick McKaufman. Although they may be able to play inside, they are probably better suited for an outside role.  This would leave that inside position open for a guy like Mims.

My early NFL player comparison for Mims is current Houston Texas wide receiver, and former stand out at Notre Dame, Will Fuller. Mims and Fuller were a similar size coming out of high school, with Fuller being listed at 6-0, 168 and Mims listed at 6-1, 165, according to 247Sports. Additionally, both guys were ranked as four-star recruits.

Outside of size and high school rankings, Fuller and Mims both have an incredible leaping ability and blazing speed, with Fuller posting a 4.32 40-yard dash at the NFL combine. They are also both a little undersized for the outside receiver spot, but Fuller has shown at Notre Dame and for the Texans that his overall skill set allows him to play both inside and outside. Fuller and Mims are both talented route runners and do a good job of tracking the football and grabbing it at its highest point.

The one difference I see is Fuller has been known to catch the ball with his body at times instead of his hands and this led to some drop issues at Notre Dame, while Mims seems to do a good job of catching with his hands … although I did see a few come into his body in his film.