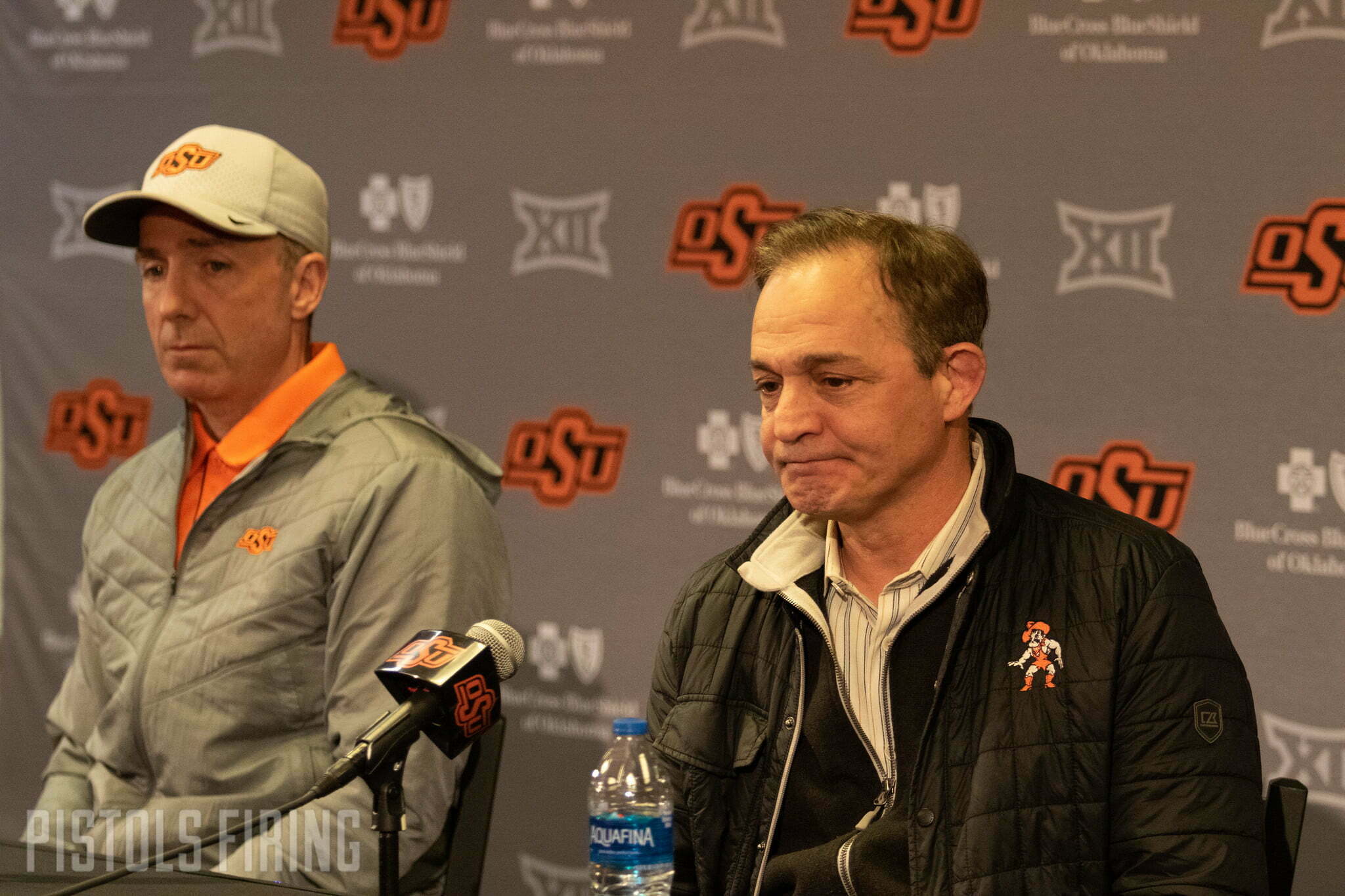 STILLWATER — John Smith got a call Monday night from a fellow coach, but it wasn’t a wrestling coach — it was Oklahoma State football offensive coordinator Kasey Dunn.

Dunn called John to tell him that national champion wrestler AJ Ferrari had been in a car accident. John said Dunn was shaken up on the phone. John doesn’t live far from where the accident took place and said he was at the scene about eight minutes after getting in his truck. John said a lot of his staff joined him at the scene, where they were barricaded off, but they saw the helicopter leave with Ferrari in it.

Ferrari struck a pickup truck head-on east of Perkins on State Highway 33 while trying to pass three cars in a no-passing zone, according to the Oklahoma Highway Patrol’s report. After hitting the oncoming vehicle, Ferrari’s vehicle rolled an unknown number of times. The 56-year-old driver of the other vehicle involved was not injured. Ferrari was flown to OU Medical Center, but his injuries are non-life-threatening. Isai Rodriguez, an OSU cross country runner, was with Ferrari and was treated for non-life-threatening injuries at Stillwater Medical.

A hero in this story, Dunn was on the scene to help get Ferrari out of the burning car. There is also an unknown second person who helped.

“I don’t know the full story of how [Dunn] just ended up there,” John said at a news conference Tuesday. “I think, obviously, he was coming back from Tulsa, as well, or maybe going to Tulsa, I don’t know. Just doing his citizen duty to help someone. He called me following him and someone else pulling AJ out of the car, helping AJ out of the car.

“He did tell me that a big man showed up and helped him figure out how they were going to get him out. They got AJ out, and then all of a sudden this guy was gone — disappeared. I don’t know what to think of that. That’s a story that, you know, we may all be thankful for. I’m sure glad he was there. How many people would go to a car that was on fire and try to pull someone out? I’m sure glad Coach Dunn was there.”

With rumors running rampant shortly after the wreck, OSU track and cross country coach Dave Smith said he sent out a text to his team asking if anyone had heard from Rodriguez. Rodriguez’s phone was burned in the fire, so he had no way of communicating with anyone. Dave said he went to Stillwater Medical hoping to find him there, which he did.

“For an hour there, your mind kind of goes to the worst, hoping for the best. If he’s wandered off, did he wander off into a field someplace and collapse? Where is he?”

Because Ferrari was flown to Oklahoma City after the accident, John said he hadn’t been able to see him yet because of COVID protocols at the hospital. John said the scans revealed Ferrari didn’t have any broken bones, but they kept him over night. Ferrari’s father posted on Facebook on Monday night that Ferrari had fluid in his lungs and some internal bleeding.

It might seem odd that a cross country runner went with a national champion wrestler to appear at a youth wrestling practice in Cushing, America, but the athletes’ coaches said the pair has struck up quite the friendship.

“Those two dudes are kind of inseparable,” Dave said. “They’re kind of a same spirit. They kind of have the same outlook on life and zest for life and competitive and just this joy in them that they just gravitate towards each other. I don’t know. Honestly, they’re kind of inseparable. I think AJ is the guy that Isai feels most connected to in this university. It kind of seems mutual. Those guys, they’re with each other all the time.

“When we had the Big 12 Championships in cross country, Isai was getting interviewed after the meet — AJ was standing by him in the picture, posing. It’s the cross country meet, but AJ is a part of it. And Isai goes to wrestling practice and wants to watch AJ wrestle. Those guys are, I was gonna say one of a kind, but they’re two of a kind.”

John shared a simple message of “seatbelts save lives” at Tuesday’s news conference, saying both were wearing seatbelts during the accident.

In the middle of his sophomore season, Ferrari is the No. 1 wrestler at 197 pounds in the country, coming off a national championship true freshman season. The car accident has put perceptive on things. John said he isn’t worried about when or if Ferrari comes back this season

“They’re lucky,” John said. “Definitely somebody watching over those two, as well as the others that were involved in the wreck. They were definitely lucky.

“… You just stand there last night and you just realize there’s so much more important than whether they come back or not. Not knowing and standing there and seeing what you see in front of you, you’re in a whole different world of understanding what’s important.”