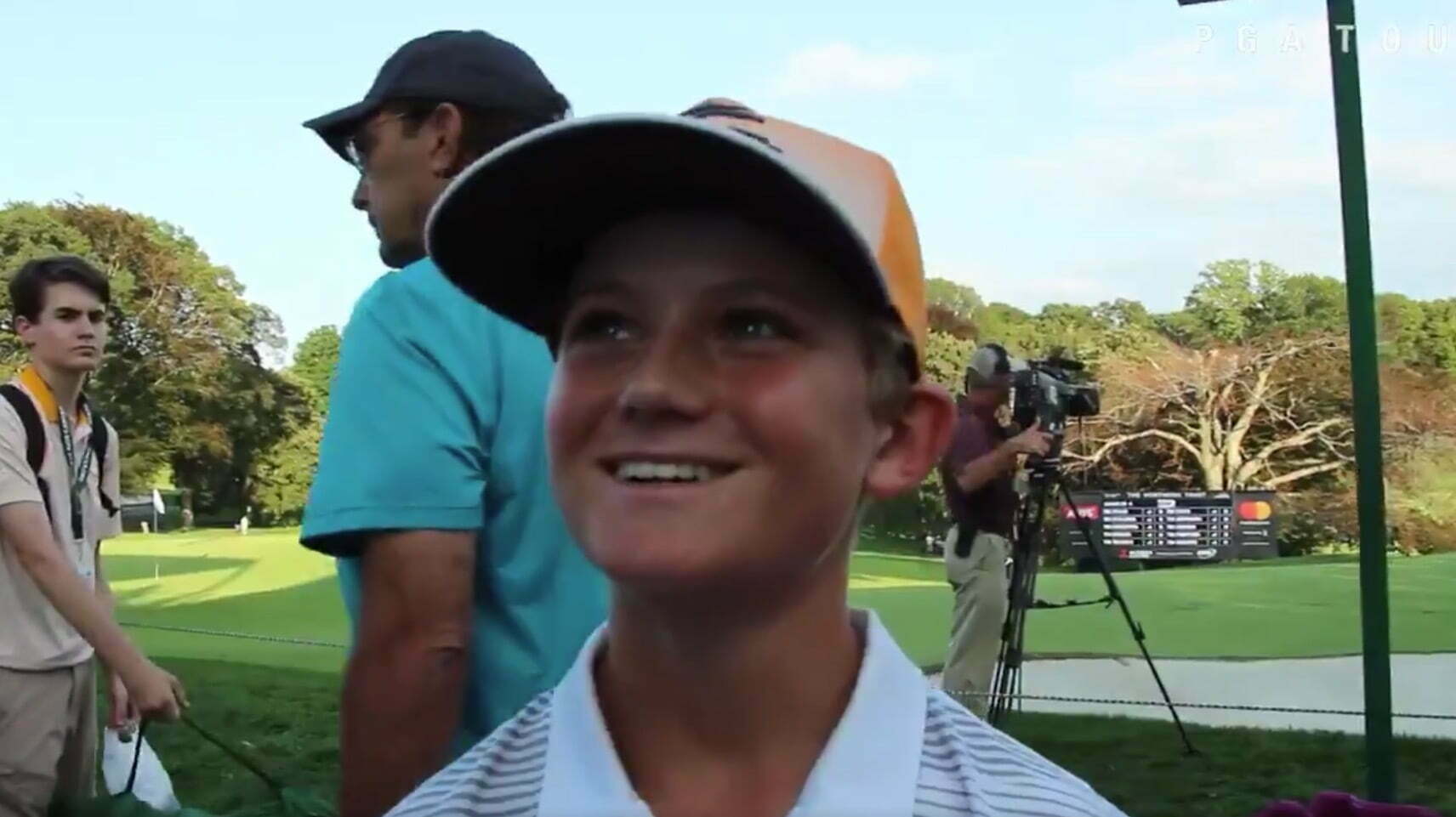 I think we may have done it, fam. I think we may have found the biggest Rickie Fowler fan on the planet this week. Fowler is playing The Northern Trust this week (my pick to win, by the way), and he gave this little homie one of his Titleist balls during the round on Thursday.

The kid was overjoyed.

Thursday was a day to remember for this @RickieFowler fan. pic.twitter.com/G2YBz8mEUX

And he should be! Fowler is one of the best players in the world right now — he’s No. 1 on the PGA Tour in strokes gained overall as well as adjusted scoring average.

He’s also incredibly generous with his time and position in the sports hierarchy. One thing that confounds me about professional golfers is that the better you get, the more demand there is on your time. So I don’t understand how the top players (Thomas, Spieth, Rory, Fowler, DJ, etc.) maintain their level of practice time needed to stay great and balance it with making time for fans, autographs, photo shoots etc.

Of course that’s probably for another blog post. Fowler just gave a kid a ball and I’m opining about the work-rest balance like this is the Harvard Business Review or something.

Anyway, Fowler is playing well this week in the first round of the FedEx Cup Playoffs. He shot a 68 on Thursday and is 2 under on the day as I type this (T4 overall).

“We are on a tough golf course,” Fowler said on Thursday. “I think we can go out there and get it going a bit. Like I said, driving it well and made some putts. That combination here definitely helps. You have to hit the fairways. You can’t play out of the rough. So we’ll keep that going in the morning, and see if we can roll in a few more.”