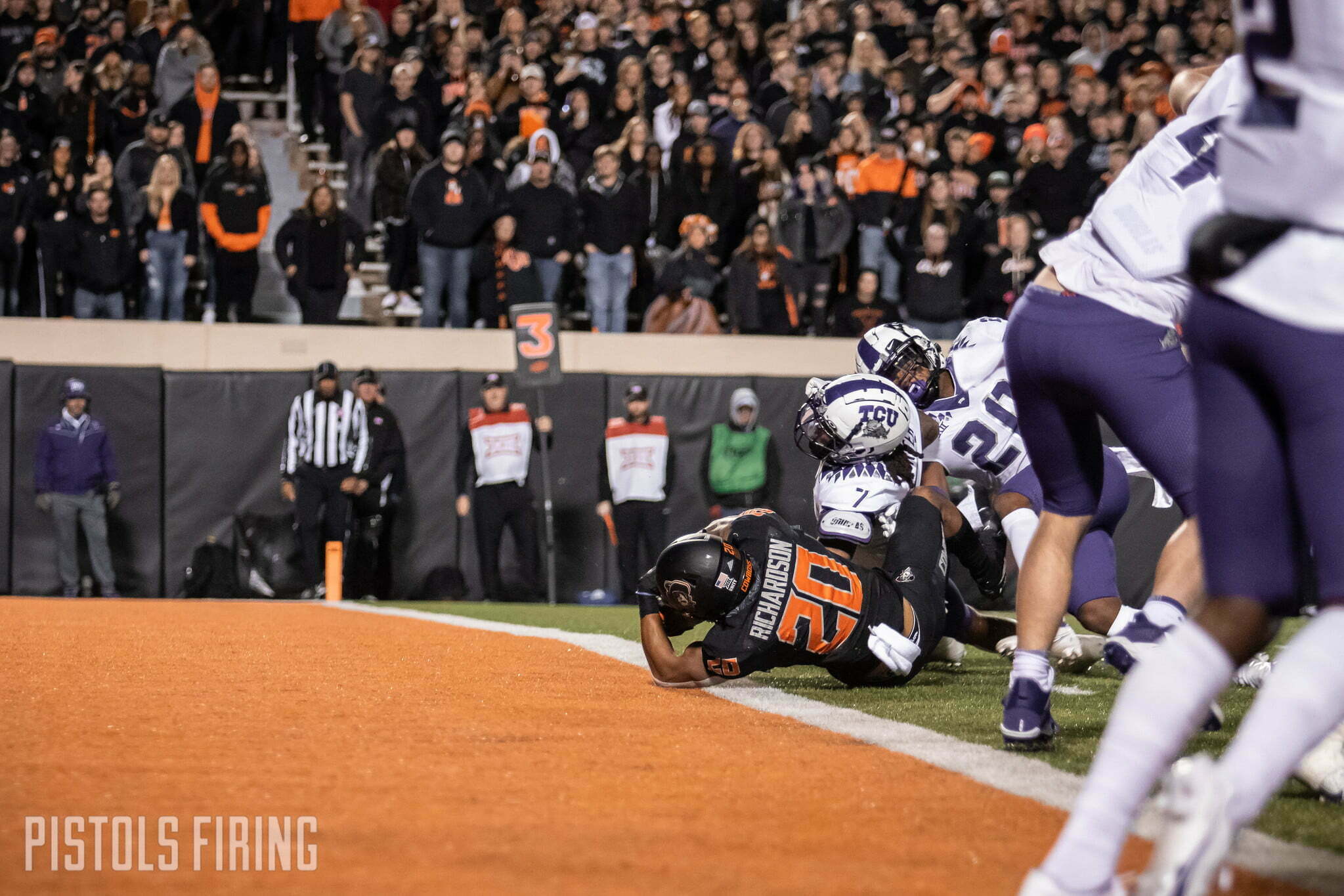 Oklahoma State is ranked No. 9 in the Week 12 AP Top 25 and was ranked No. 10 in the College Football Playoff rankings last week. This blind resume comparison below suggests that is practically BCS-level mockery of rankings.

Think you know which resume is better? Me too. But wait, there’s more.

Team A’s lone loss came at home by seven points to a preseason AP top-10 team. Its Strength of Record according to ESPN is No. 9.

Team B’s lone loss came on the road by three points to a preseason AP top-10 team. Its Strength of Record according to ESPN is No. 6.

Well congrats — you’d be voting against the grain if you were an AP voter!

OSU could — and should — get a bump this week when the updated playoff rankings come out. But if it isn’t by a substantial margin either near Ohio State or ahead of Ohio State, then what are we doing here? Here’s the takeaway ESPN had, which I agree with:

We also tend to lean more heavily on offense than defense as a metric for success, and on that front, no one outdoes Ohio State. The Buckeyes lead the nation in offensive EPA. On defense, however, Ohio State is barely better than the FBS average. Oklahoma State, on the other hand, has one of the nation’s best defenses, holding every team it has faced to 24 points or fewer (Georgia is the only other team to do that). It’s the antithesis of the Mike Gundy teams we’ve come to know over the years, but that doesn’t make it any less talented.