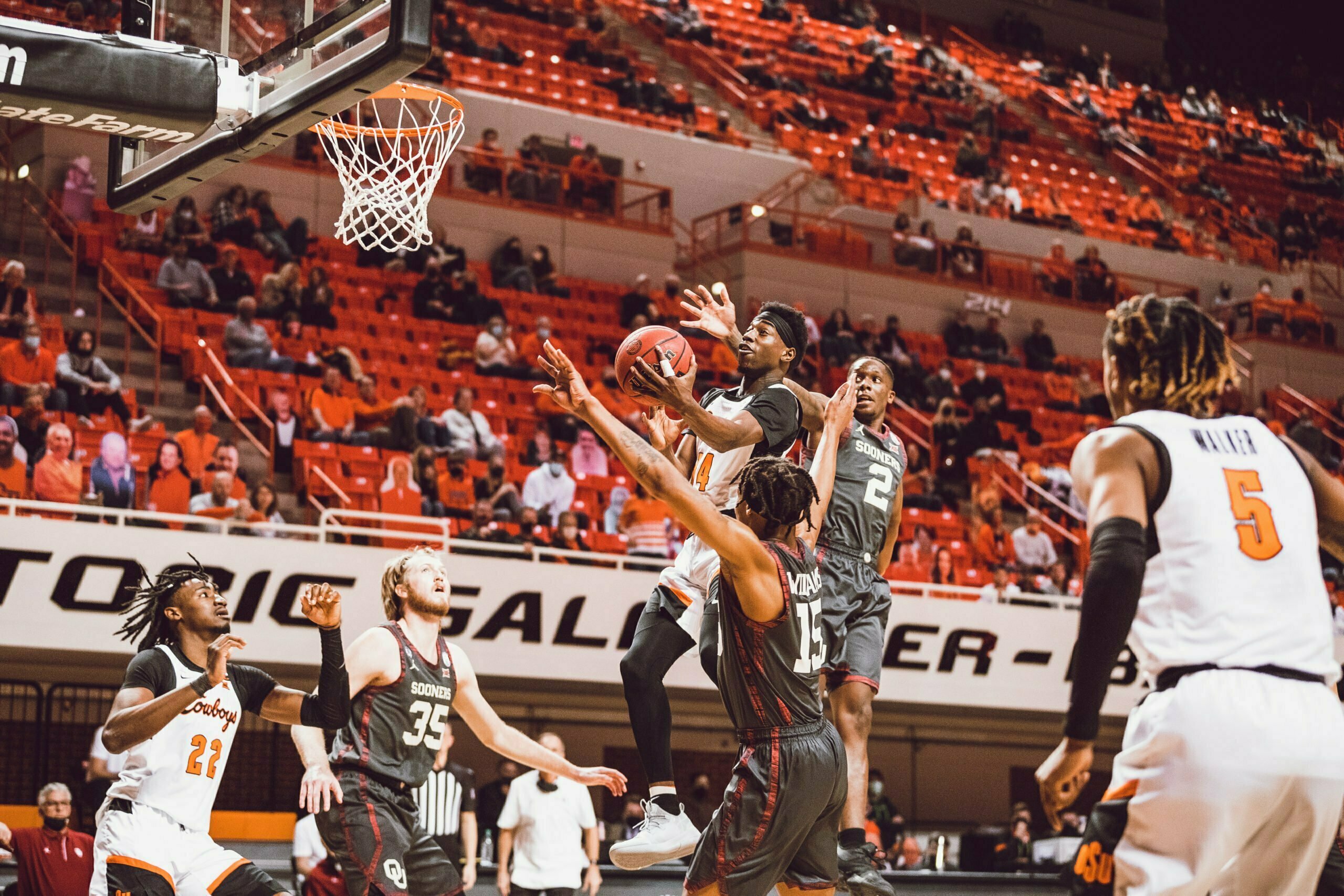 Following any sort of college basketball rankings has been weird in the 2020-21 season.

With teams missing weeks at a time and players missing a few games because of COVID protocol, there have been extra factors to take into account in certain rankings, and Oklahoma State has not escaped that.

On a five-game winning streak in one of the best conferences (if not the) in the country, the Cowboys, at 17-6, are ranked 31st in the NCAA Evaluation Tool (NET). That’s one spot below a 14-6 Oklahoma team that OSU just beat two times in three days.

The Cowboys are 35th in the KenPom rankings, four spots behind that same OU team.

Then there are the more traditional polls. The Cowboys were on the outside of the AP Poll for seemingly all season until this week, where the Pokes leapt to No. 17. But, it was odd on Feb. 6 when an 11-5 OSU team that was unranked hosted an 11-4 Texas squad that was ranked sixth in the country.

Again, OSU is now at No. 17 in the AP and Coaches polls, but then there are some, like national analyst Jeff Goodman, who had OSU at No. 11 in his Goodman Top 25 that he released Monday.

So, depending on what ranking system you’re looking at, OSU is somewhere between the 35th and 11th best team in the country. Depending on what all the NCAA selection committee takes into account, that could be quite a difference in seeding.

The algorithm-based systems avoid biases, but these computers weren’t ready for COVID to keep a star player out a few games or have a team miss about a month because of a shutdown. Then it can’t factor in that those players/teams have to take time to get back into playing shape.

Those systems are also suffering from the lack of nonconference play this season, so it’s hard to say truly which conferences have better teams in them than others.

Take KenPom, which in a normal year is a college basketball fan’s paradise, for example. This year, the KenPom projections are probably right at the top, with Gonzaga, Michigan and Baylor leading with way in the adjusted efficiency margin. But as you get further out, things get weird.

The NET doesn’t include the Ivy League schools, but an interesting point in those rankings are that an 8-15 Kentucky is four spots ahead of 14-10 Michigan State thanks to a better Quadrant-1 winning percentage.

The pollsters should be able to take into account some of the uniqueness of the year, but they have their biases whether intentional or not. And those poll voters are also guessing that Conference A is more difficult to play in than Conference B, again with the lack of a full nonconference schedule.

Selection Sunday is always an exciting time of the college basketball season, but depending on what carries more weight in the committee’s eyes, this 2021 NCAA Tournament field could have more surprises in it than a normal year.

“I follow the numbers, I look at them, but I’m not married to them,” OSU coach Mike Boynton said. “… The the key is you got to focus on what you can do. I have no idea how they’re gonna put together the bracket, but I’m interested to see it. And if we’re part of it, I’m going to be thankful for the opportunity.”