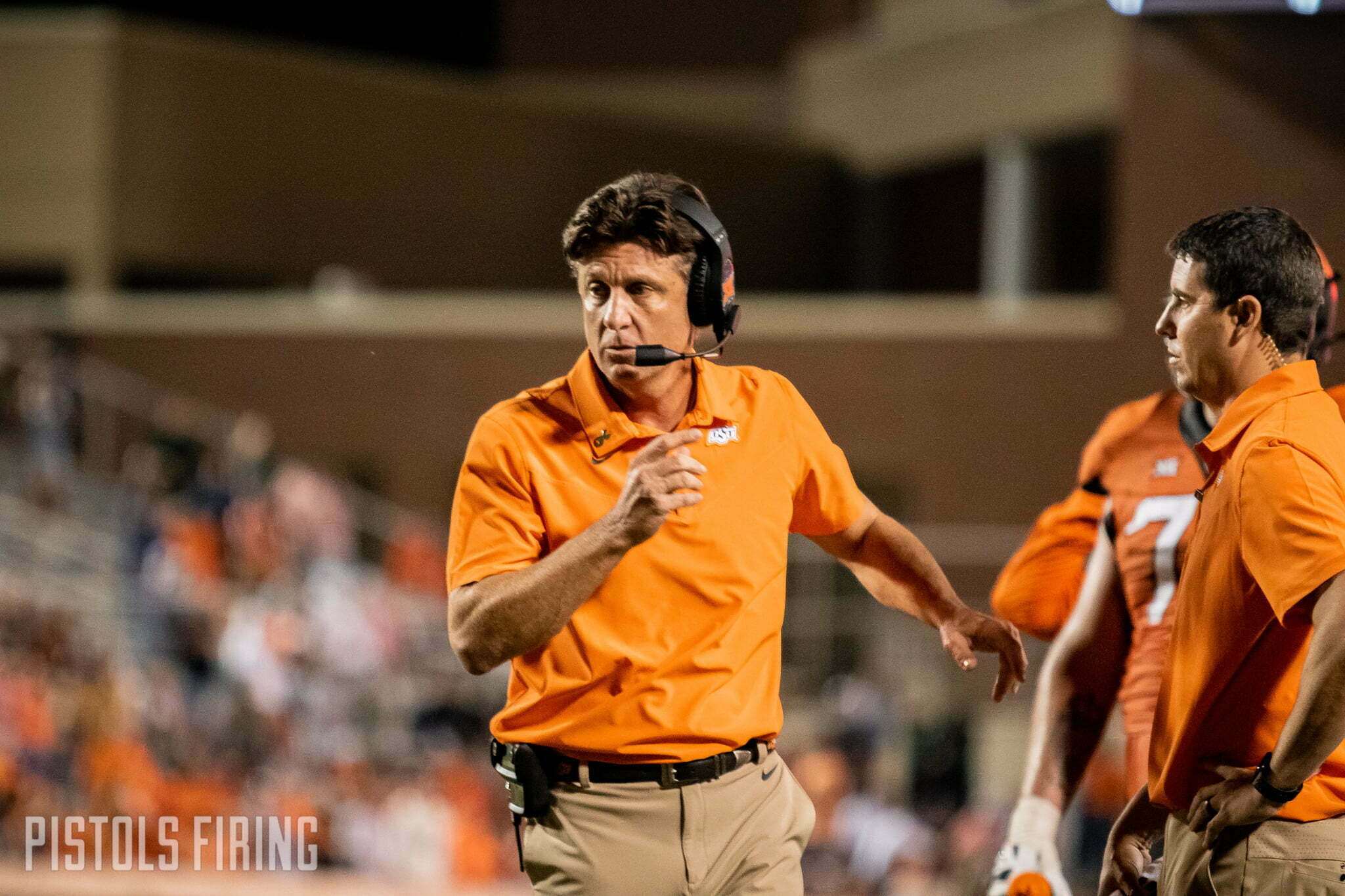 There’s a lot of stats you could nitpick to highlight the high points of OSU football under Mike Gundy — made easier by the fact he’s the best coach in program history — but none moreso than this one that popped up over the weekend courtesy of OSU’s athletic department.

The program remained at No. 12 in the AP poll, its highest ranking all season after defeating BYE WEEK with ease, giving us this incredible stat that jumped at me:

The Cowboys have now reached the top 15 of the Associate Press Top 25 at some point in 12 of the past 14 seasons, and this week’s No. 12 ranking in the AP poll marks their highest since Oct. 31, 2020, when they were ranked sixth in the country.

Even more impressive is that OSU has been really, really good as a ranked team under Gundy, which in theory should help OSU leading into its ranked matchup against Texas on Saturday. The Cowboys with their win over Baylor a week ago improved to 27-22 vs. AP ranked opponents since 2011 and 16-8 in their last 24 games in such matchups.