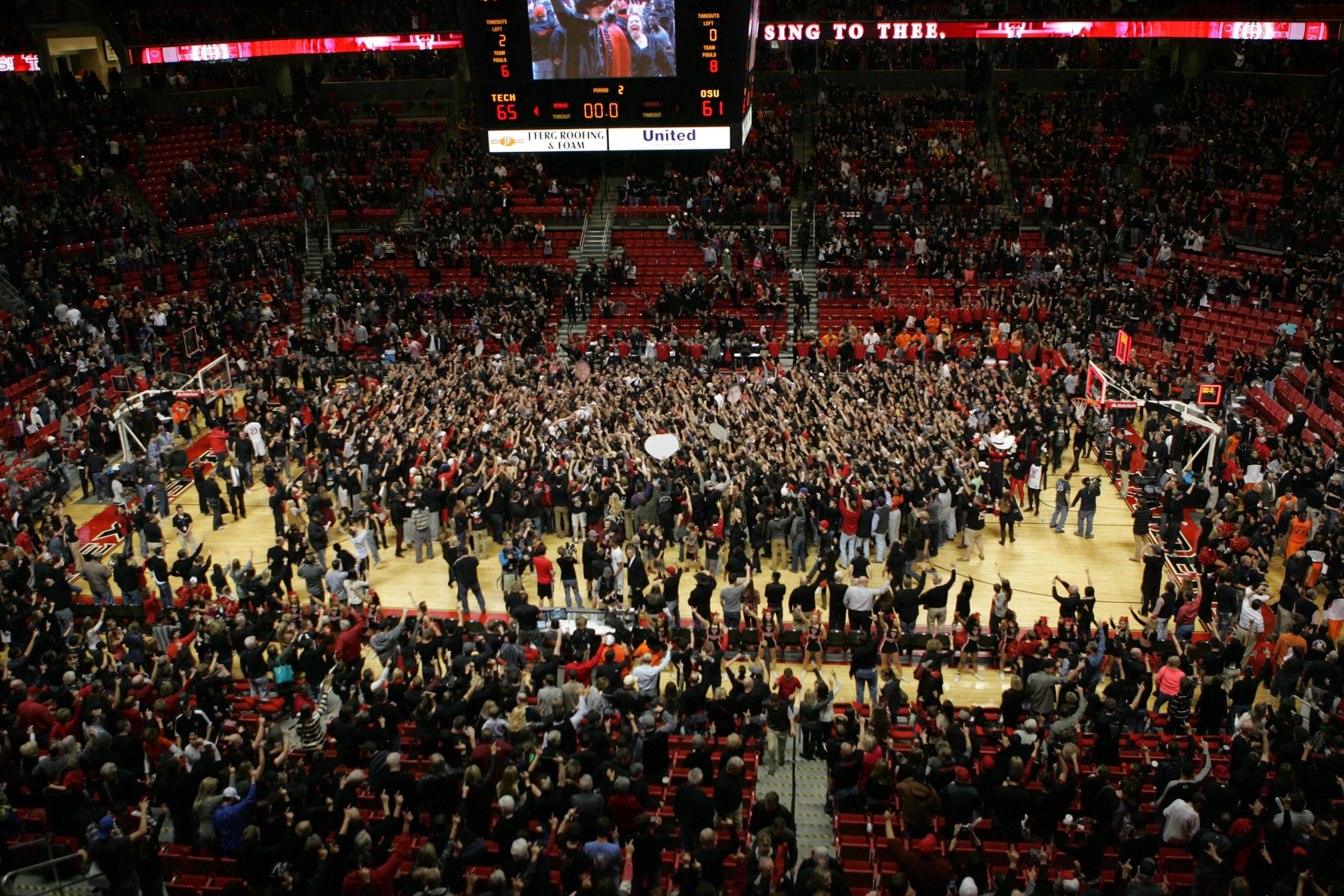 I focused quite a bit on Travis Ford in my 10 thoughts last night because I think that’s the actual story (or should be) but let’s talk about Marcus Smart for a minute.

It seems everyone with an Internet connection and 10 fingers has a #hotsportstake and that’s fine but I thought OKC Dave said it best this morning in the comments section of my 10 thoughts.

Having slept on it, I feel pretty bad for him. I know he’s an adult, but so was I at 19. If everything I did when I was a sophomore at OSU was available to the world in GIF form seconds later and being discussed on ESPN in somber tones, I’m not sure I could have dealt with it.

We loved Smart because he brought passion back to the court like some of our old favorites did, and when he boiled over we can’t just turn on him. I know it’s not quite that simple, but it doesn’t feel right to see people saying they are “done” with him. He’s still a Cowboy. All of that said, he deserves whatever suspension he gets.

How about 28 and the way I spoke to my wife last week or treated my kids on Friday afternoon?

Smart is a child of the social media age where in eight seconds he can log on and see what folks like me and Dave — and people far more influential than either of us — are saying about him.

When you pass up millions of dollars for a decision that’s souring by the day, that attention and vulnerability has to mess with your head. Heck, I’m a freaking blogger and if somebody so much as points a grammatical mistake I made I borderline melt down.

But the problem with a defense of Marcus Smart beyond what Dave said, beyond “I feel bad for him because I wouldn’t want that attention but he he still shouldn’t have shoved a fan”, is, well, every other Oklahoma State basketball player in the last 20 years.

The problem is something Desmond Mason said last night on Twitter and reiterated in an interview with NBC Sports Radio this morning:

Desmond: "That doesn't happen at Kansas. Lubbuck is one of the places I heard racial things screamed at me."

The problem isn’t that Smart got (probably) a racial slur hurled at him and reacted, the problem is how many other players have heard similar things and not reacted.

He doesn’t get a pass because he’s 19 and he doesn’t get one because somebody tossed a slur at him[1. If I walk outside and my neighbor calls me a MFer 100x in a row, do I get to go shove him and fight him without repercussion? I haven’t brushed up on the law of late but I’m pretty sure I don’t.] and he especially doesn’t get a pass because he came back to school so we should be more lenient on him. That’s the most ridiculous argument I’ve ever heard.

He’s responsible for what he did — and he’ll be held accountable for it — but I’m with Dave, let’s not step on his throat when he’s down.

Has he become one of my least favorite players to watch? Sure, but that doesn’t mean we should project the next three decades of his life based on one 10-second mistake. I’ve done far worse on a basketball court with far less at stake than Smart did and my life turned out all right.

My bigger concern for Smart is that it feels like his general attitude about life has changed. Last year he was the happy-go-lucky frosh who had the world by a string. This year he feels heavy and he has, at times, acted like a punk.[1. And no, that’s not a racially-guised word. If you’re bringing race into this then you clearly haven’t followed Smart’s career. The better word is probably “bitch” but I try to keep it clean on here.] Like he’s struggling to shoulder the hopes everyone has for him and fulfill what should be a sweet swan song.

But that goes back to Ford. He has to know how to coach him, how to teach him, how to restrain him and then let him go. His effort in doing this has clearly been poor. And we discussed that at length last night.

Marcus Smart was wrong but it all goes back to Ford. It has to. If my kid smokes your kid in the face on the playgound then yeah, he shouldn’t have done that, but I’m ultimately responsible. If not then this is a democracy and college basketball teams should not be built like democracies.

You’re probably wondering why in the world I got this far and haven’t mentioned why this incident is actually a good thing for OSU.

Here’s why: I’m pretty sure we can all agree that Ford will never resurrect his goodwill in Stillwater. If it was being tucked in the coffin then last night’s incident was the nail. It’s over for him barring some sort of miraculous Final Four run in the next three years.

The problem remains that Mike Holder has a $13 million noose slipped around his neck. The solution, as a lot of people mentioned last night on Twitter, is that he’s lost control of the team.

Holder and Boone and whoever else is a power player in Stillwater these days are OK with losing games as long as there’s a cost-benefit involved that they can live with. I’m of the opinion that they think the benefit of winning 5-6 more basketball games every 12 months doesn’t outweigh the $13 million cost they’d have to pay to get that.

But an out-of-control program marred by players going into the stands at opposing arenas? Yeah, that’s not going to sit well.

Remember when Boone wouldn’t give money to the football program in the mid 90s because he was so embarrassed by the Hart Lee Dykes thing in the late 80s?

Rich folks don’t like being made to look like fools and Travis Ford has, to this point, had the support of Boone and others. If he goes 20-14 this year, you’d have to think that would continue into the future for an unforseen amount of time because of the contract.

But a mini-melee in Lubbock might just be the catalyst needed for Boone and Co. to get together and say “hey this isn’t working, let me sell a couple of windmills and let’s figure it out.”

Because this isn’t cut that needs a band-aid.

It’s a gaping wound that’s bleeding itself out.