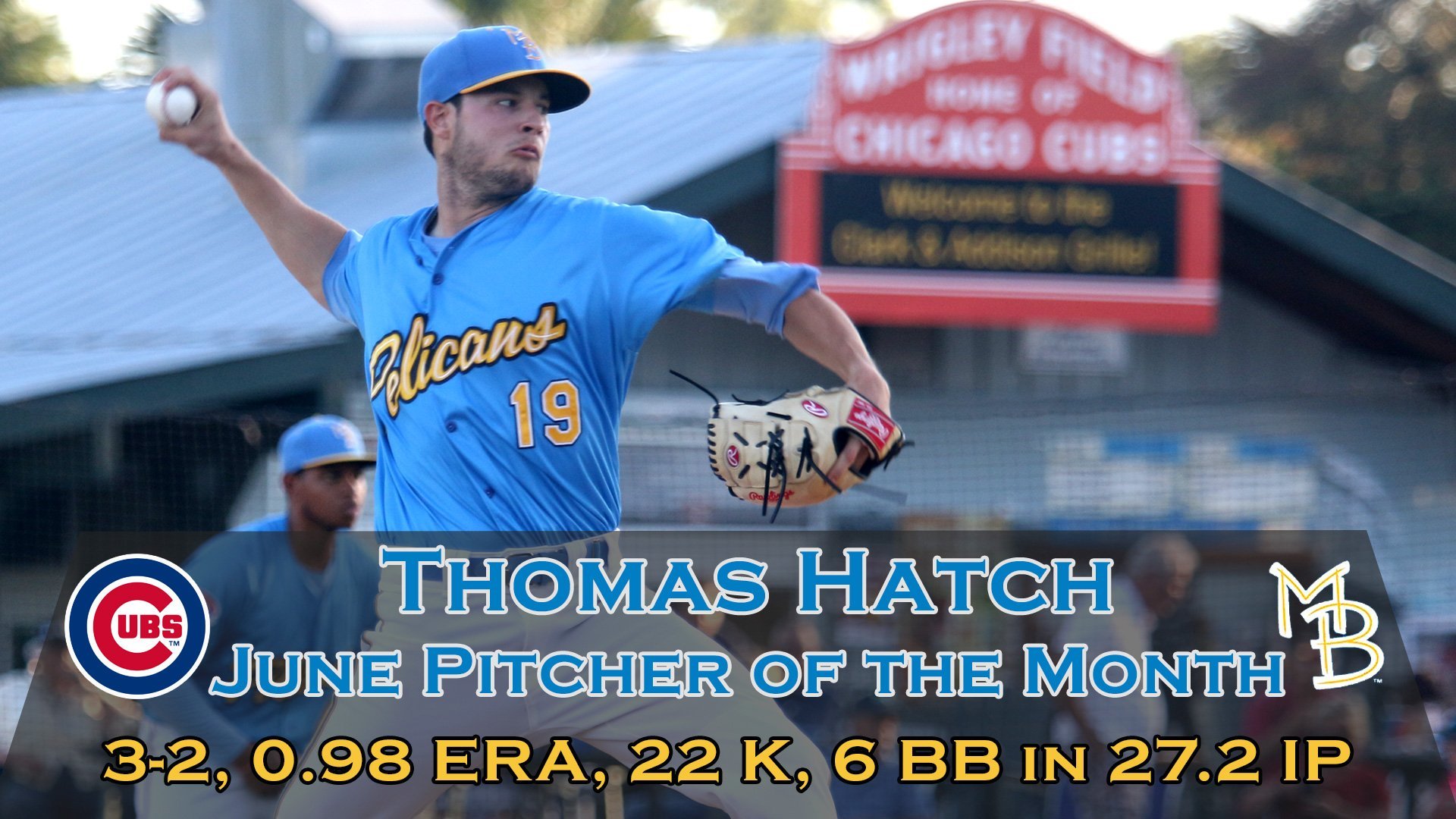 Thomas Hatch has had himself a month. The former Oklahoma State ace is now a starting pitcher for the Chicago Cubs’ Class A-Advanced affiliate, Myrtle Beach Pelicans.

On Saturday, the organization announced that the 2016 third-round pick was named their Minor League Pitcher of the Month.

Hatch went 3-2 with a 0.98 ERA in the month of June for the Pelicans, ceding just three earned runs in 27.2 innings. The Tulsa native struck out 22 against just six walks over the month, with his 0.98 ERA ranking as the second-best in the Carolina League. The right-hander’s .221 batting average against in June placed him 10th in the circuit. [MiLB.com]

The turnaround was welcome after a rough start to the year by Hatch, who sat at an ERA of 5.19 and a WHIP of 1.59 after his first ten career starts.

At Oklahoma State, Hatch held a career ERA of 2.97 and an 11-5 record. He was a big part of the Cowboys’ exciting College World Series run in 2016.