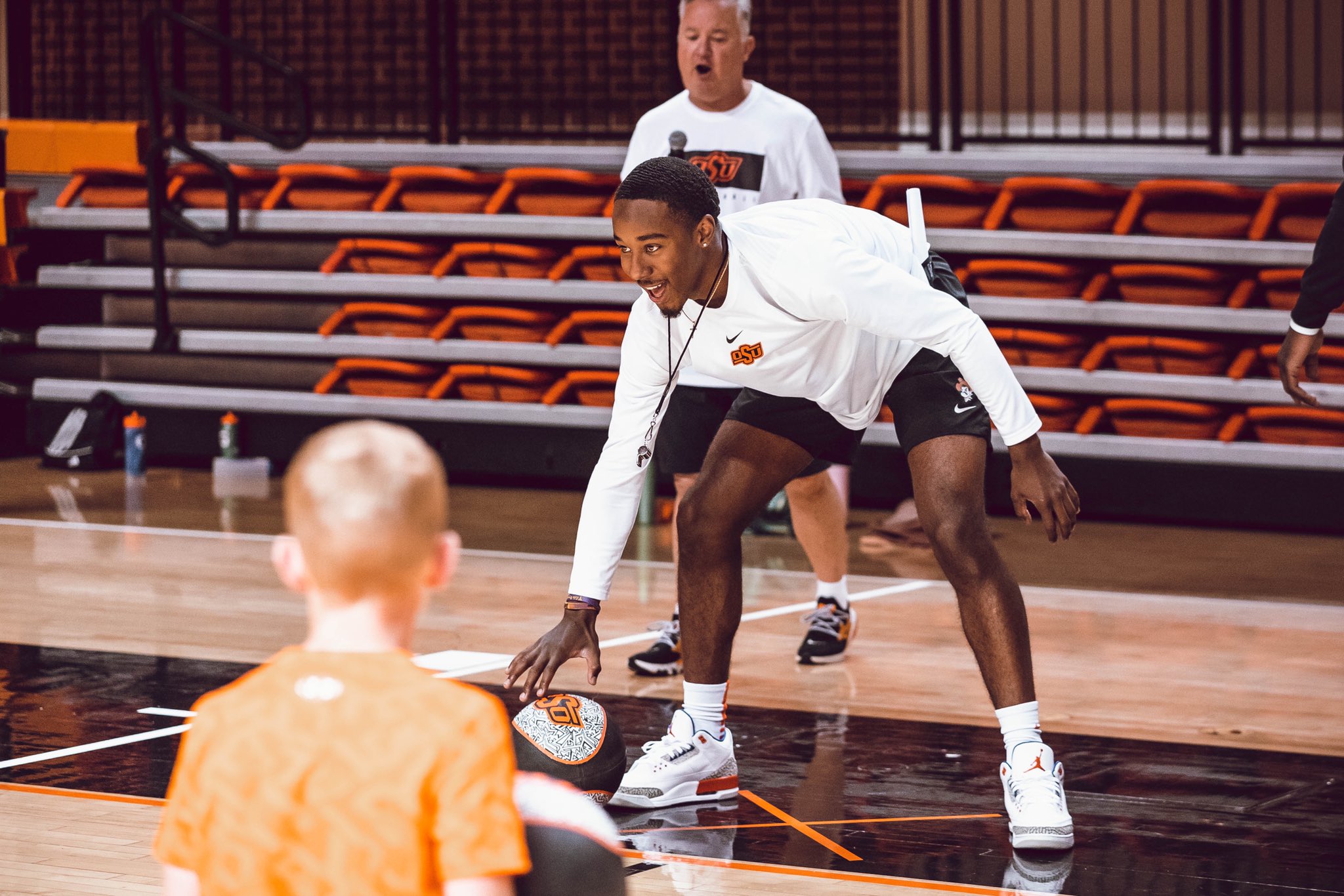 STILLWATER — In what might have been a first, Mike Boynton told a prospective student-athlete he wasn’t sure how to recruit him.

That’s what Boynton, Oklahoma State’s coach, said he told Bryce Thompson when Thompson entered the transfer portal on April 13. Thompson, a former five-star prospect from Booker T. Washington in Tulsa, had already been on OSU’s campus myriad times, so how was Boynton going to wow him if he already knew all about the program?

“We could do a virtual visit, like what are we doing here?” Boynton said with a laugh. “‘Bryce where do you want me to start? You tell me where to go. Left?’ I mean, he knows the place, he’s been around our guys and I think he felt comfortable enough.

“It was a hard decision for him to not come here the first time. We were just honest about it, what the expectations are. It’s not just easy because you’re home, or you’re not at Kansas and it’s not a blue-blood anymore or whatever it is. The work that it requires to be great is still the same.”

Whatever Boynton did, it worked, as Bryce announced his commitment to be a Cowboy on May 13 after narrowing his list down to OSU, Tulsa and Oklahoma. He is in Stillwater now for offseason workouts.

Thompson said he had pros and cons lists for the programs he considered, with OSU’s pros being that it was close to home, the coaching staff and his preexisting relationships with OSU’s roster.

He said, so far, the reality of being a Cowboy has met the expectations.

“It’s everything I’ve asked for, everything I wanted when I chose here,” Thompson said. “Everything, on the court, off the court, just chilling with the team, it’s been great.”

Thompson played AAU ball with fellow Tulsans Kalib and Keylan Boone. He played alongside fellow newcomer Tyreek Smith at a Top 100 camp. He has also played against Avery Anderson and Chris Harris at various events.

He is also familiar with Rondel Walker, who played high school ball at Putnam City-West. Thompson and Walker were the best two players from Oklahoma in the 2020 recruiting class. They were set to face off in the first round of the 2020 state tournament before COVID canceled it.

There were rumors that the two who had battled for state superiority didn’t get along, but Thompson said that was blown out of proportion.

“I wouldn’t say a rivalry,” Thompson said. “People like to gas that up, but we were just two of the best players in Oklahoma. A lot of people like to amp it up. That’s my guy. We’re all cool. We’re going to put in that work.”

Thompson’s freshman season at Kansas had its ups and downs. In his first collegiate game, Thompson put up 12 points on Gonzaga, the national runner-up, on 50% shooting. It was a good start, but injuries sent the promising start into a bit of a tailspin.

A back injury saw him miss nearly a month. Thompson’s Jayhawks played in Stillwater in his first game back from that injury. In that game, Thompson dived on a ball only for 6-foot-10, 240-pound Bernard Kouma to follow. Kouma broke Thompson’s finger, causing him to miss more time.

Thompson joked that he needed to bring the incident up with Kouma now that they are teammates.

“I’m all good,” Thompson said. “I’ve got my motion back and everything’s good.”

“Our roster from a talent standpoint, and I told him this, is probably in better shape now than it was when we were recruiting him the first time,” Boynton said. “But his work ethic, his ability to score, he’s a great kid — he still fits. The opportunity was there, and I’m glad he saw this was the place he wanted to go.”

Boynton said that he sees Thompson playing on the ball and off the ball next season and said making baskets is still what Thompson does best.

A good year could mean that Thompson is on another team the following season — an NBA team. Thompson, Anderson and Kalib Boone have all popped up on 2022 NBA mock drafts. It doesn’t sound like work ethic is going to keep that from becoming a reality for Thompson.