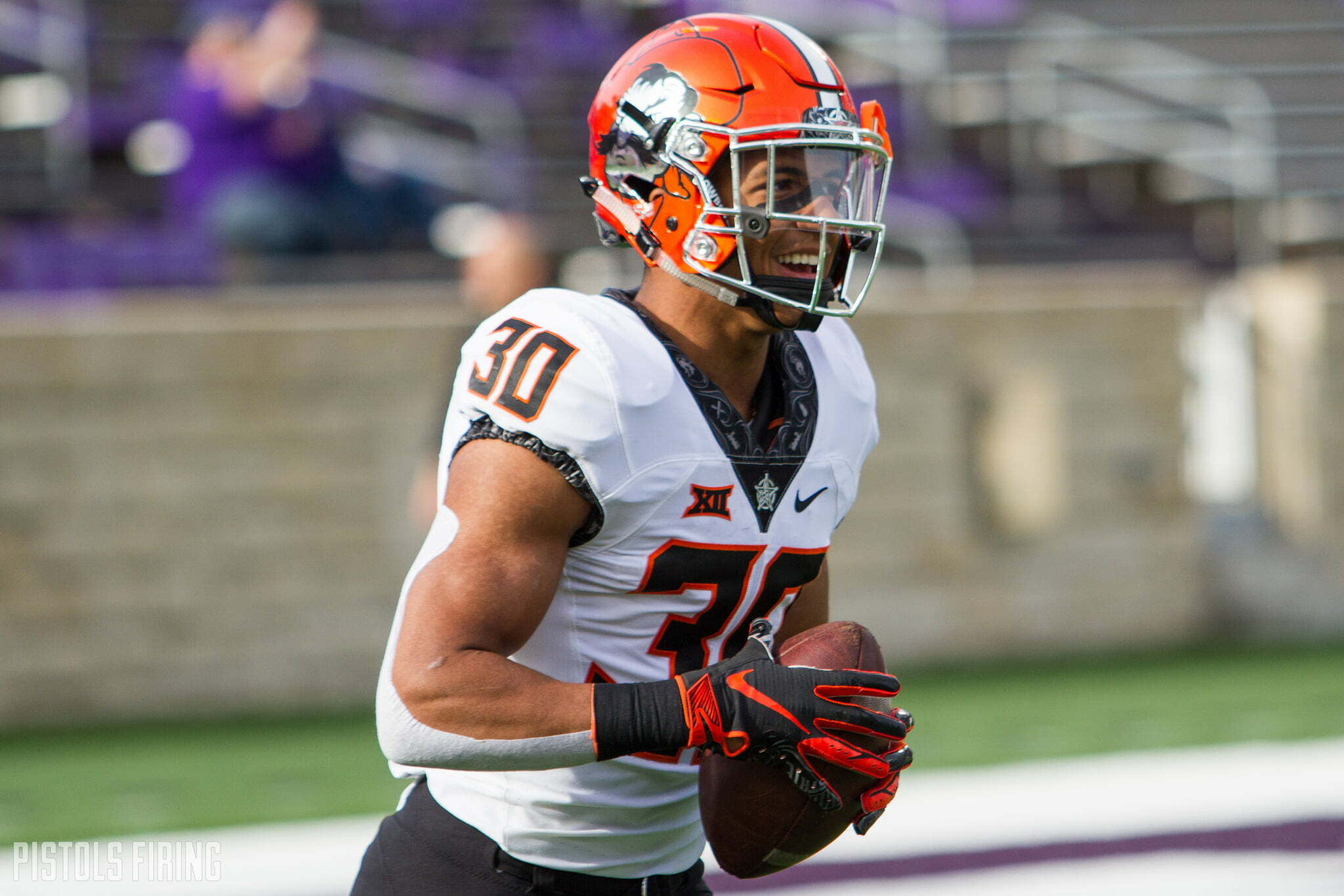 Given how newsworthy the last few weeks have been, we thought it was time for a little 3K weave with Kyle Porter, Kyle Boone and Kyle Cox. We jammed on Thursday night on Mike Gundy, the transfers and the future of the running back situation.

Porter: First Q. Neither of you are transferring, right?

Cox: I want to take time to discuss with my friends and family. Make the decision that is right for me.

Porter: Lol. But seriously. Are you guys more worried about these transfers and players ejecting than I am?

Cox: Maybe a little more than you are from what I’ve read and heard. OSU isn’t getting kicked out of the Big 12, though. 6-6 seasons stink when you’re used to being disappointed by 10-win years. So attitudes will stink, and maybe there is some discontent in the locker room (there should be). But if any of those transfers are related to that and not just all separate incidents, then I think it’s at least a little worrisome.

Boone: I’m not. Justice was always leaving, Brailford was probably always leaving if healthy, Thabo got swallowed up in the depth chart. The only one that stings a bit is J.D. King because depth is suddenly a question mark there. But it shouldn’t set off any alarm bells. I think people insta-panicked because it felt like they kept coming one after another.

Cox: I don’t think Gundy helps much with the snowflake talk and silly attitude displays about it, either.

Porter: That stuff, while kinda funny, is also kind of a sign of a coach not really adapting to the “world he lives in,” right?

This is from Lincoln this summer: “I’m not jumping up and down screaming either way,” Riley said. “I get the fact that the players feel like they need to have some freedom, too. That’s a little bit the world we live in, and I think if we just stomp our feet against it, I think we’re being a little archaic, honestly.”

Cox: That and his being too comfortable in his own visor, which isn’t great if you want to take the next step as a program. Which I think is a big if in his case.

Boone: Gundy definitely has some “old man yells at cloud” vibes, for sure. But I wouldn’t go as far as saying he isn’t adapting. He’s old school. Always talks about core values like respect, never says a word, loves his family, etc. I think commitment to a team matters to him, and bailing goes against Gundy’s principles. Can’t really fault him for it. But unfortunately that’s just how big time college football is today. I just don’t think he’s handling it very well.

Porter: Yeah that’s fair. That’s a fairer and better way to say what I was trying to say.

Boone: Yeah I don’t think you broached it unfairly. I have the same thesis just trying to expand that ideal.

Cox: Does it seem to you guys that he has approached this year with the attitude that “I’ve got a lifetime contract and I’m a great coach, so I’ll just make this work my way”? Cause I think this stuff may be part of that too.

Porter: That’s natural, though, right? Like, what person who’s been in the same job for 14 years and has had unprecedented success in that job doesn’t think like that?

Cox: I’m sure it is. But Gundy hasn’t reached the type of success that will afford him the pass on stuff like that. He probably never will. Meaning a pass the court of public opinion.

Boone: I don’t think the lifetime contract deal really factors in. Maybe. But I think Gundy has always approached the job with a “we’ll do it my way” approach, which, obviously, has worked really well for him. Now that he’s in his 50s, though, I think he’s maybe lost a step — whether that’s recruiting, scheming, planning, etc. I don’t really know what it is. Maybe he’s just not as relatable as the former OC-turned-head-coach that looked fresh out of college when he first took the job.

Porter: Yeah, I don’t know. I’m still a believer, but this year was as weird as Tom Herman. The stat that scares me that I keep going back to is losing six games at home as a favorite in the last two years. Six! Next year is big. They haven’t had two “down” years in a row in a long time.

Boone: Yeah I’m not out on Gundy or anything, but recruiting below the Big 12 average, a sour 6-6 season, and his antics throughout the year have just kind of left a nasty taste in everyone’s mouths I think.

Cox: I’m a believer too, and I think next year will be better. But whether the cause is comfort or arrogance or a contract, I don’t see those hijinks helping matters and they may end up hurting them.

Boone: It’s funny because I think next year should be better, only because I think Spencer Sanders should play and the defense should be improved. Then again, those are the exact two reasons I thought OSU would win 10 games in 2018. So uh … I dunno what to think, I guess.

Cox: I hope Spencer rocks. Cause if he doesn’t, where does that put OSU? and Gundy?

Porter: I hope he does too. More for my mentions than anything.

Boone: I just hope he’s at OSU next season at this rate.

Cox: ? Does next year’s preseason superlatives post include “most likely to transfer”?

Porter: Last thing real quick. Boone, do you consider running back recruiting an issue? I know it’s kinda sorta bad luck to lose a Justice-J.D. one-two combo that theoretically could have been back in 2019, but when I look at what’s coming up next it doesn’t engender loads of confidence.

Boone: Running back recruiting is a real issue. They didn’t hit a total homerun in ’18, have zero commits in ’19, and are in danger of having a half-full cupboard only basically two years removed from the Marcus Arroyo era. Not great.

Boone: At least we have Chuba!