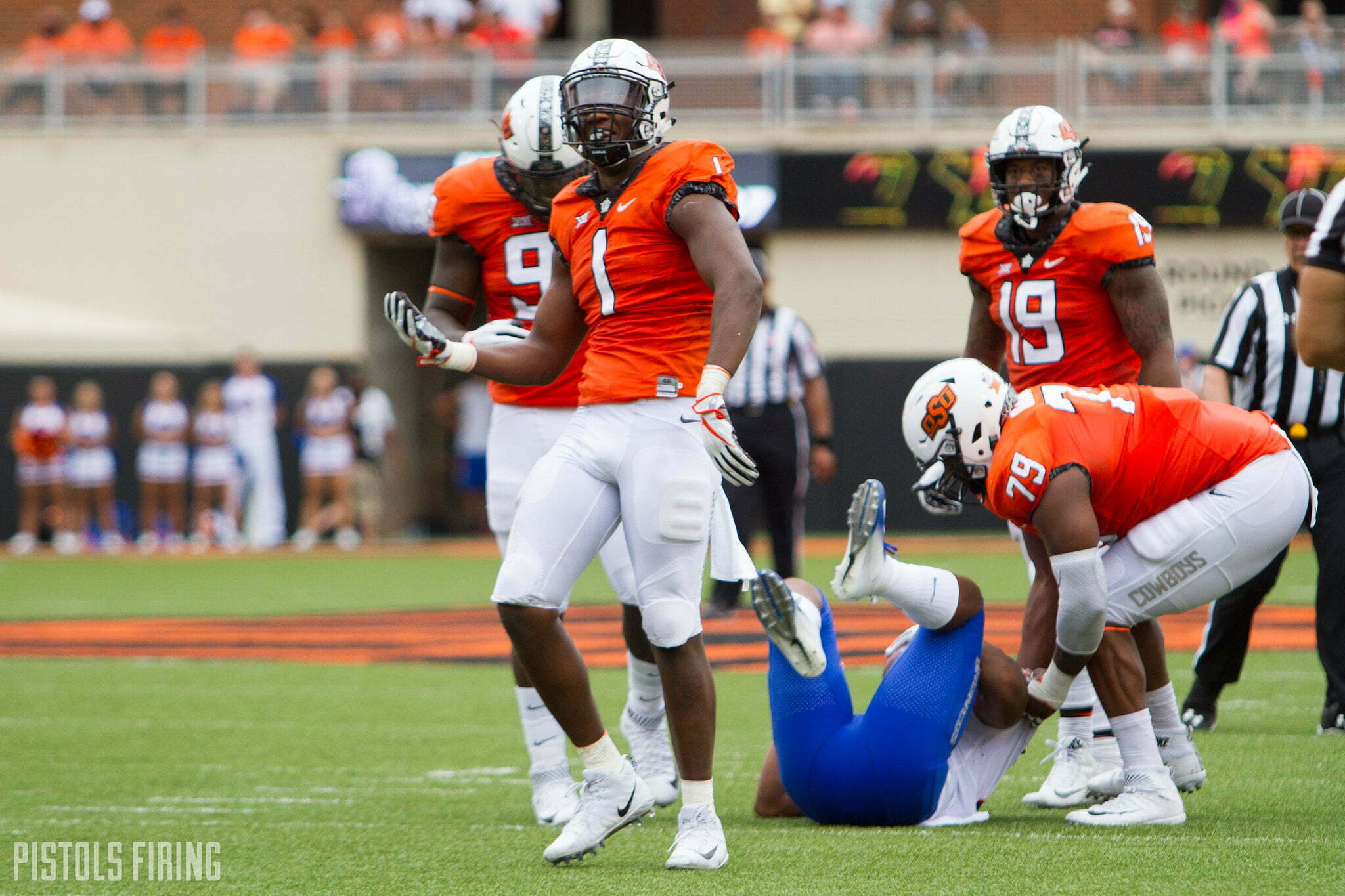 The Cowboys lost a lot from their defensive front from 2018, but all other aspects of that defense look primed to take a step forward in 2019. Here are three upperclassmen that will likely lead the way.

A.J. Green has started every OSU game since the beginning of 2017 in the toughest league to be a corner, and this year will be his last.

In the Big 12, defense (particularly in the passing variety) isn’t easy, but the Cowboys are in a good spot this season at corner with Green and Rodarius Williams returning. Green had ups and downs in 2018, embodied with his rough Baylor game to his game-ending pass breakup in the end zone against West Virginia a few weeks later.

Green looked good against the spring practice against OSU’s receivers, as he finished the day with an interception against Dru Brown in the end zone. Without the likes of Jordan Brailford and Justin Phillips on this year’s squad, Green will be more in the spotlight than ever before.

Green and Calvin Bundage are the Cowboys’ only true seniors.

Bundage dealt with injuries in 2018, but despite playing only 11 games, he finished fourth on the team with 62 total tackles. He was the only player in OSU’s top 13 tacklers to not have played all 13 games.

OSU returns some snaps at linebacker, but depth is a bit of a question as of now. Bundage, Devin Harper, Kevin Henry and Amen Ogbongbemiga look to be the Cowboys’ main guys at the position. Those other three together had only four more tackles than Bundage had by himself last season.

The Cowboys’ defense can use this level of swagger in 2019:

Exactly how I thought Calvin Bundage would react to playing his first football game in eight months. pic.twitter.com/a4fy52ZpU9

Malcolm Rodriguez was surrounded by freshmen a year ago, but the Cowboys’ leading returning tackler leads a more experienced group of safeties into 2019.

Rodriguez entered OSU as the 1,529th ranked prospect in the country in the 2017 class, but in his first two years as a Cowboy, Rodriguez wracked up 94 total tackles.

In the offensive post linked above, I mentioned that it felt like Dillon Stoner has been at OSU forever despite still having two years of eligibility to go. I feel the opposite with Rodriguez, as it feels like he just got to Stillwater, but his production from the past two seasons proves otherwise.