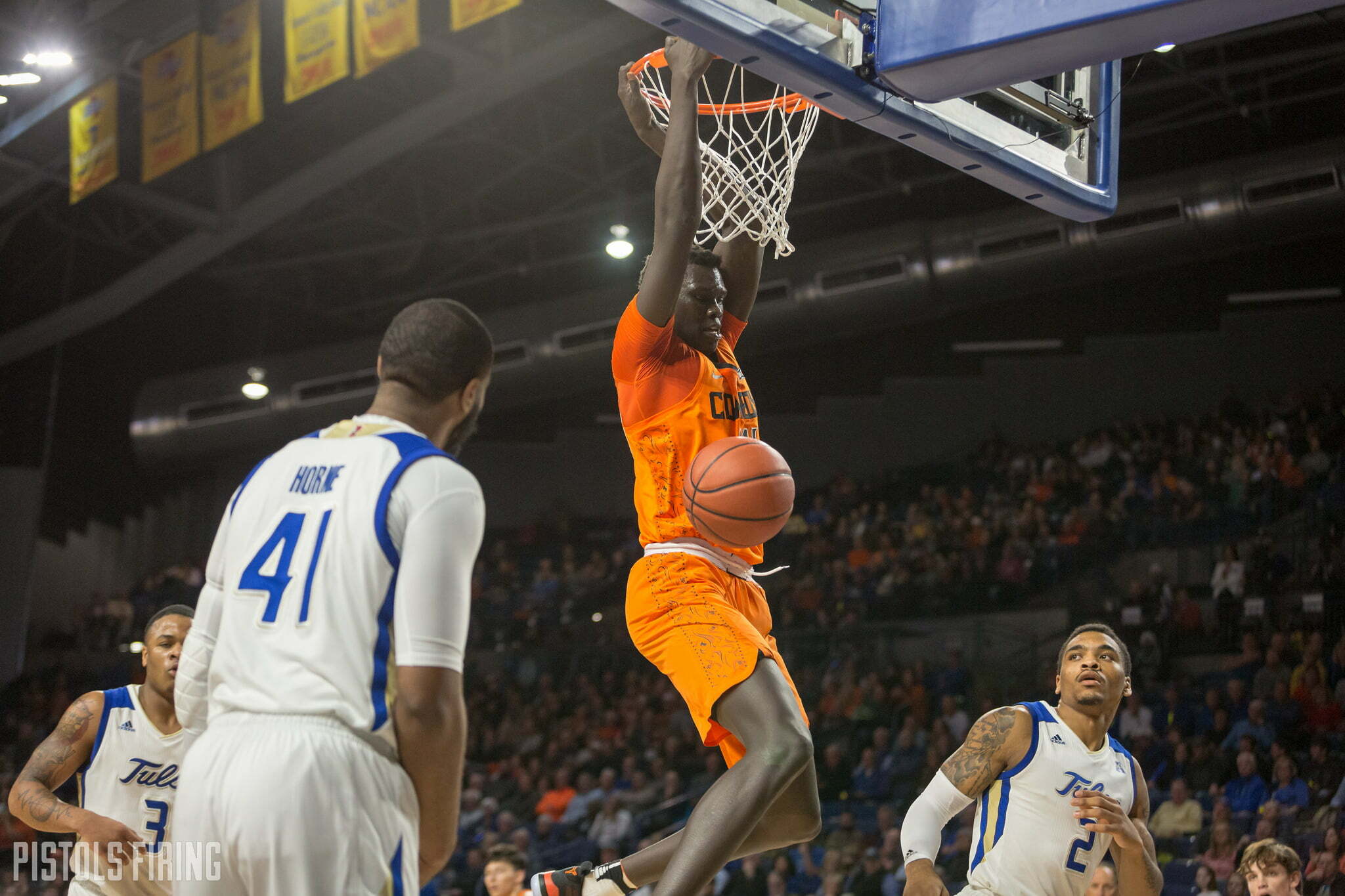 With the holidays upon us and still the hangover of a 6-6 football season lingering, it’s hard to believe that Oklahoma State’s basketball team is nearly done with its nonconference slate.

Now 10 games in, we’ve learned at least a little bit about Boynton’s 2018-19 squad. Here are three things that have caught me a little off guard so far.

The Cowboys haven’t gotten off to the start that Mike Boynton would have wished, or that I had imagined. Maybe this shouldn’t have been a surprise given all that the Cowboys had lost from year ago — OSU is currently ranked 303rd in experience at KenPom — and the absolute gauntlet of an early stretch that they have undertaken has done them no favors.

OSU is currently No. 2 nationally in strength of schedule. According to KenPom, Oklahoma State ranks 14th in nonconference strength of schedule rating. That’s up from No. 311 out of 351 teams last year. Mike Boynton made sure that he his team was not going to be left out on another Selection Sunday based on who they didn’t play.

But the Pokes have paid for it.

OSU needs to win out against Central Arkansas and Texas A&M-Corpus Christi just to enter Big 12 play 6-6. That would be its worst start since the 2011-12 season when they started conference play with the same record. Who would have predicted that Mikes Gundy and Boynton would both be 6-6 on New Year’s Eve?

This surprise can be filed under the pleasant category. The true frosh is far from a finished product, but he’s shown to be a valuable asset as a shot blocker and a rebounder through his first 10 career contests.

He may never be the Cowboys’ go-to scorer, but he’s shown good touch at the rim and should continue to become more confident in his shot. Anei is coming off a career-high 17 points on 10 shots in the loss to Nebraska.

But in addition to ranking second in the Big 12 in blocked shots (26), he unfortunately comes in second in the league with 31 personal fouls. That needs to change because the Cowboys miss his defense when he’s off the floor. The good news is that a lot of that should come with experience and it appears Boynton has his guy in the paint moving forward.

3. Some of the Fast Starts Across the Big 12

Oklahoma State’s 4-6 record may seem to jive with its last-place preseason pick among Big 12 teams. But several other teams picked to finish in the bottom half of the league are exceeding expectations early.

Oklahoma, who was predicted to finish eighth in the conference, is 10-1 after beating Creighton on Tuesday night and is knocking on the door of the AP top 25 (ranked 26th currently). And it’s not like they haven’t played anyone. The Sooners are just a few spots behind the Cowboys with a current strength of schedule ranked No. 6 nationally.

Texas Tech was picked to finish just ahead of the Sooners at No. 7, but the Red Raiders are 10-0 and No. 12 in the AP poll, heading into a big-time matchup with Duke in Madison Square Garden on Thursday.

With just a couple of weeks until the Cowboys start conference play, this is just another reminder of how tough the Big 12 is and how wins aren’t going to get much easier for Boynton’s young group.