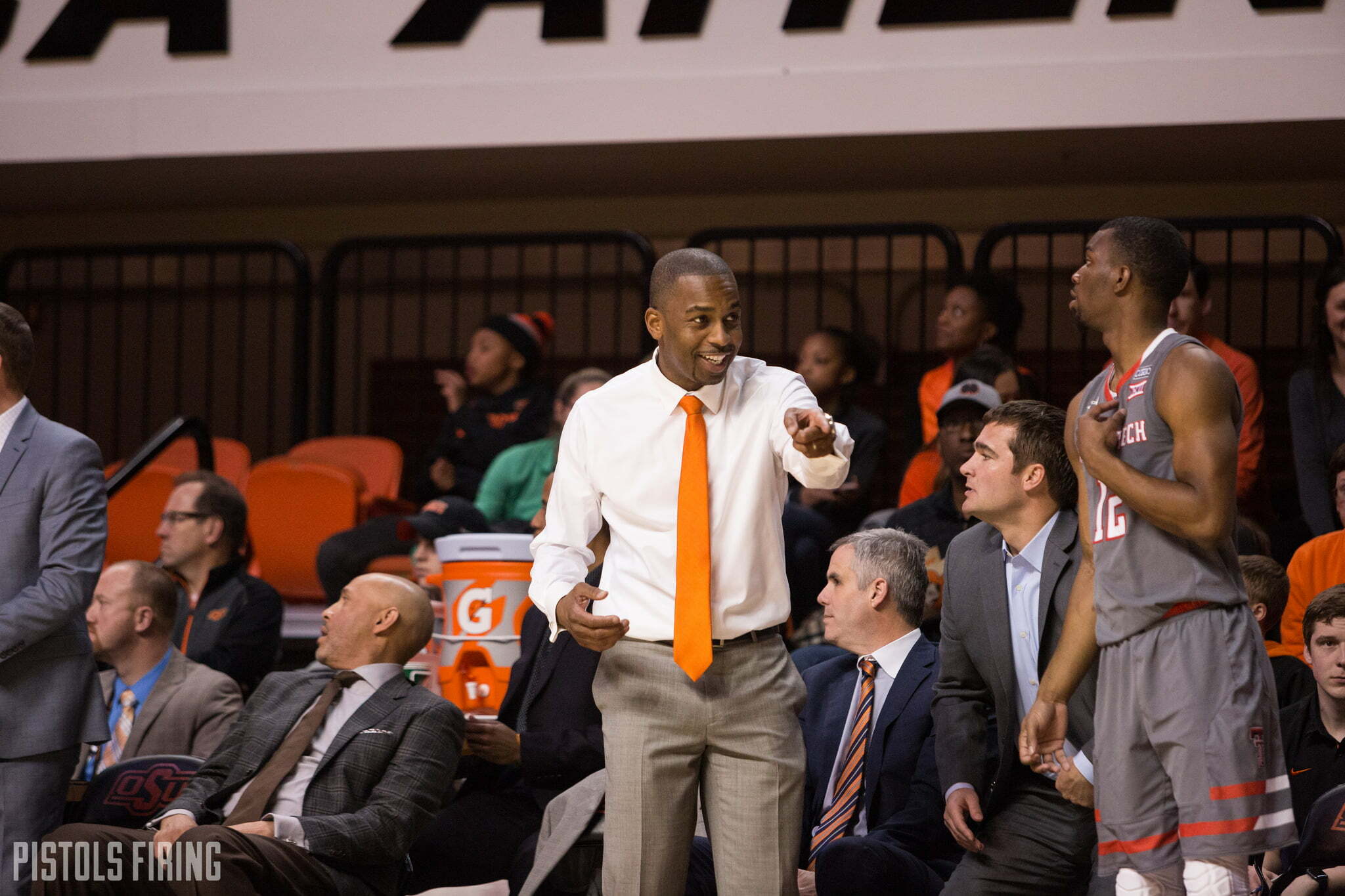 Before we get to my takeaways from the 2018 survey (which you can view here) I want to say how sad I was to hear about OKC Dave’s father passing. He wrote about that experience here, and boy it was terrific.

After I grew up a little and had my own kids, I slowly realized that the best part of all of this stuff is sitting side by side with family and friends, sharing the experiences of big wins and heartbreaking losses that creates a strong bond that lasts a lifetime. For the first time, I won’t have my dad by my side on Thursday night.

All loss is difficult but that’s probably especially true when someone who has helped formed who we are and what we’re about dies. Dave has been someone I consider a friend over the years — one of the innumerable unintended benefits of starting this site — and I simply wanted to acknowledge in this space that his work here (and other places) is good, but his love and kindness for others is even better.

I didn’t get to meet his dad, but I feel confident in saying that anyone who helped shape that in Dave was a pretty great dude as well. He will be missed.

There’s no great way to segue this … but on to the takeaways.

Here’s Dave on what we think of OSU’s Big 12 games.

Winning in Norman is never easy, but this year’s 33% estimate is the lowest for any conference game since I’ve been tracking these numbers. [Survey]

I think we may have finally been fully broken. It might take a five-game winning streak and Lincoln Riley losing his job to Jamelle Holieway for OSU fans to flip on the past decade of futility and frustration.

There is beloved. There is the way Carson feels about Tyron Johnson. And then there is how OSU fans feel about Mike Boynton. A higher approval rating than the guy who literally architected the entire golden era of Oklahoma State athletics! By a lot! 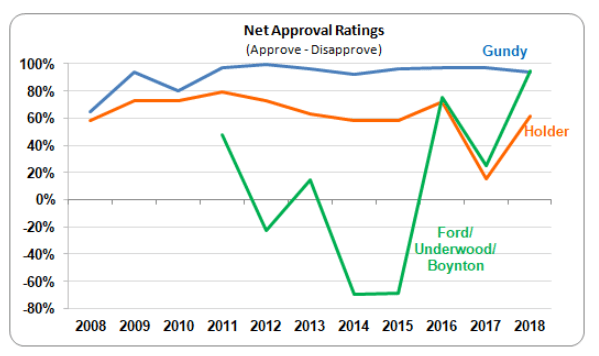 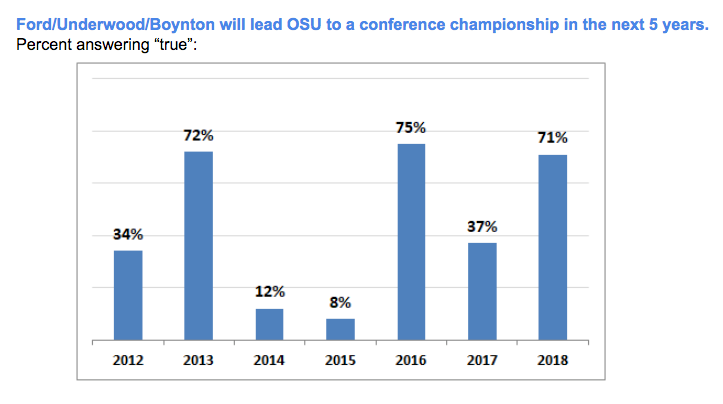 And I suppose I understand this. There are few more powerful elixirs than hope, and that’s what he’s brought to the table. But part of me wonders if we aren’t setting him up for a backlash in the near future. That’s obviously not his fault, and he’s been killing in pretty much every way you can, but we are saying that we have the same expectations for getting to the tournament as the 2013-14 team that had a bunch of pros, including a first round pick. I’m not leery of Boynton — I think he’s phenomenal — I’m leery of our infatuation with the smallest of sample sizes.

PFB will be selling wet blankets in our store later this fall, by the way.

OSU features the two largest favorite player vote-earners since Dave has been doing this survey on both sides of the ball this year in Justice Hill and Calvin Bundage. I would not have guessed that would be the case going in, but I’m intermittently injecting each of my forearms with melted-down YouTube videos of their career highlights. Here for both guys.

• Wait, we expected 9.3 wins in 2013 with new coordinators and a QB carousel that had yet to be worked out?! 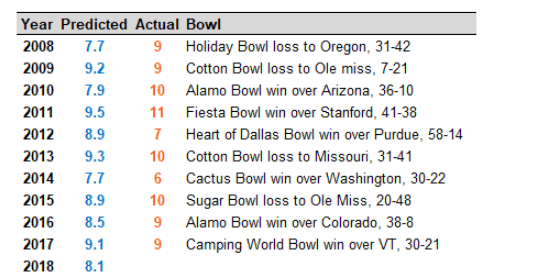 • I thought this was spot-on, and it’s almost exactly what I would have picked.

• I thought this was really well done by OSU fans, too. I think it’s clearly OU and then the OSU-TCU-WVU trio and then Texas (I may have voted Texas higher than OSU in the Big 12 media poll so I may be a culprit in this). Regardless, I think this is probably more how it should look. 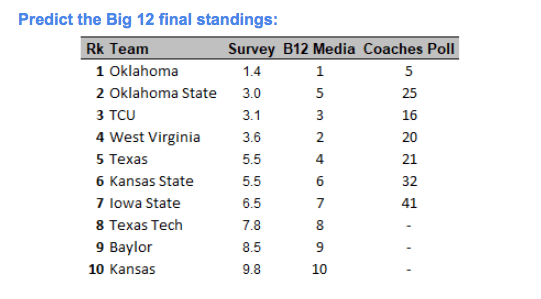 • It never ceases to amaze me that we can underestimate number of wins and overestimate spot in the polls at the same time.

• This from Dave made me laugh.

No pressure Jim Knowles. 88% of fans expect us to be better than last year. I guess that’s why you are here in the first place. We’ve all heard enough stories about “simplifying the defense” and “flying to the ball” to know for 100% sure that the defense will look like the ‘85 Bears this year. What could go wrong? [Survey]

Yurcich, fresh off producing one of the best offenses in the country, gets a collective shrug from the fan base (but $800k from OSU, so I’m guessing he’s cool with that). [Survey]

There’s a non-zero chance that the camera pans to find Gundy quietly enjoying some frozen custard while leaning on an equipment box during a game this year. [Survey]

• The Mt. Rushmore question was pretty fascinating. Here are the top four:

This is not my four. I haven’t fully decided, but I don’t think I’d have Eddie Sutton on there. It would be tough to leave John Smith, Boone Pickens and Mike Holder off. Like I said, I’m going to need some time to let this simmer.

Until then, enjoy the show tonight.