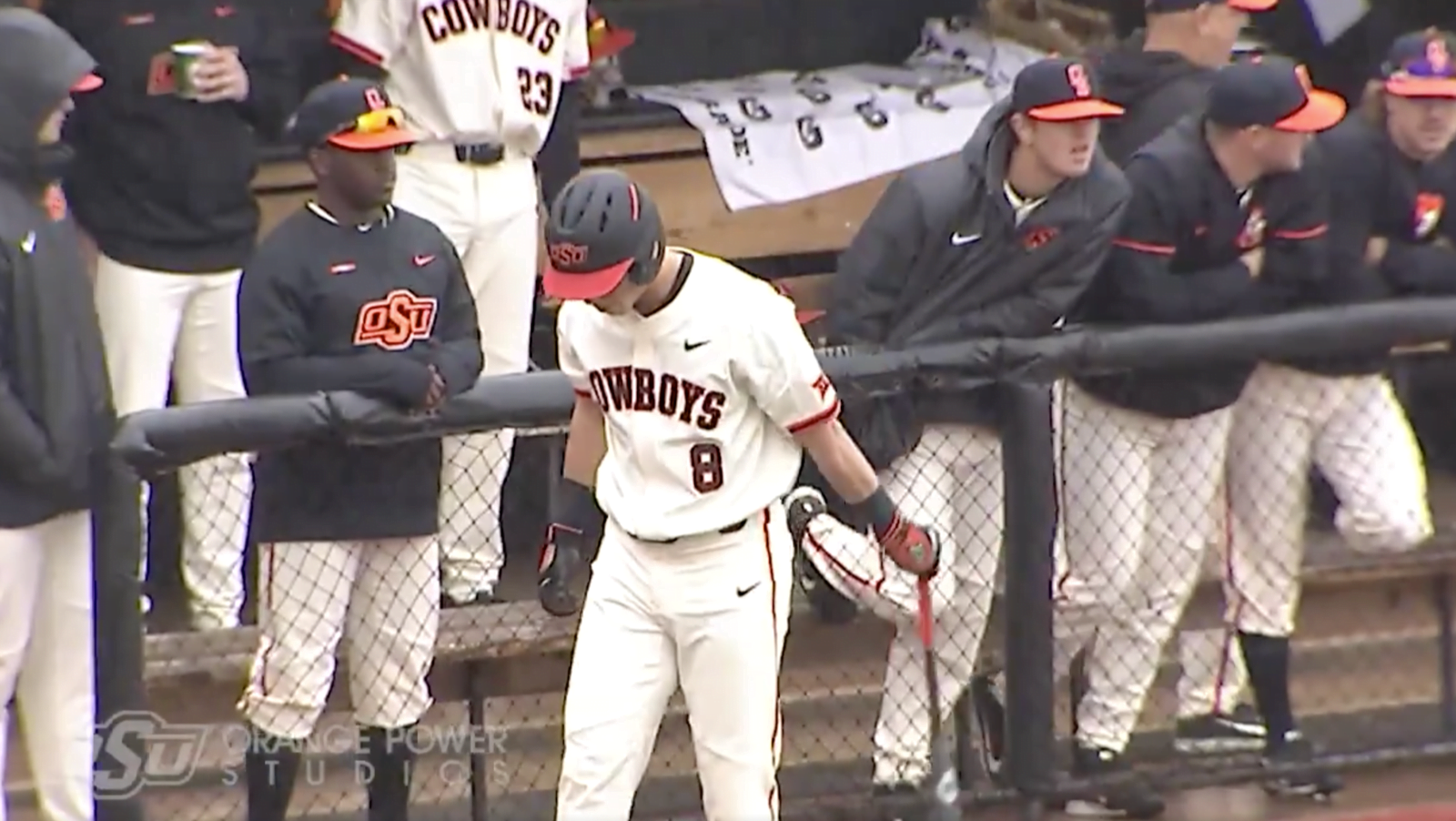 Oklahoma State’s baseball team needed only six innings to defeat Little Rock on Tuesday. Seven players crossed home plate en route to a 9-2 victory against the Trojans at Allie P. Reynolds Stadium. A heavy dose of rain began to invade Stillwater at the conclusion of the sixth inning, so the game was called off. Here are a few takeaways from the victory.

Another start in Allie P, another strikeout record

C.J. Varela started four times in 2017, but he needed only one in 2018 to set a new career-high. Varela earned six strikeouts in five innings, allowing five hits and a pair of earned runs. Varela worked himself out of a jam in the second inning after giving up a solo home run to Nick Perez. Varela walked a pair of batters after giving up the solo shot, but he responded with back-to-back strikeouts to escape the inning.

“I felt really good today,” Varela said. “I had a lot better command than I usually do. I think I was able to go longer than I could have if I didn’t have that command.”

Nine of Varela’s 13 outings last season were of the relief variety. OSU manager Josh Holliday said Varela’s versatility will allow him to play differing roles in the future; Varela’s other 2018 appearance came in relief against Texas State.

“He’s got a very steady, easy-to-manage mindset,” Holliday said. “He’s a low-maintenance kid, which I love about him. He always works hard, keeps his mouth shut, always ready for anything.

It didn’t matter that Little Rock had one more hit than the Cowboys. OSU walked a staggering nine times in six innings, and three of those walks resulted in a run.

“In a rain-shortened game like that, six innings, we scored nine runs and had guys on base the whole time,” Holliday said. “We were in a good mode on offense of getting guys on base. The more opportunities to get guys on base in scoring position, the more comfortable we’ll become, the more relaxed they get.”

A day full of surprises for Andrew Rosa

Andrew Rosa scrambled to find an outfield glove after he was told he’d play center field Tuesday. Rosa, who’s accustomed to playing in the infield, made a few catches from an unusual position, but first he needed to find proper equipment.

“I was going around, trying to put on people’s gloves to see if I liked it,” Rosa said. “Trevor Boone was like, ‘Hey, man. I got a couple extra. Take this one and see if you like it.’ So I put it on, and it worked. Trevor hooked it up today with the glove.”

Later, a pitch hit him on his left ankle before ricocheting up to his back. Rosa remained on the dirt for a few minutes before eventually running down the first-base line.