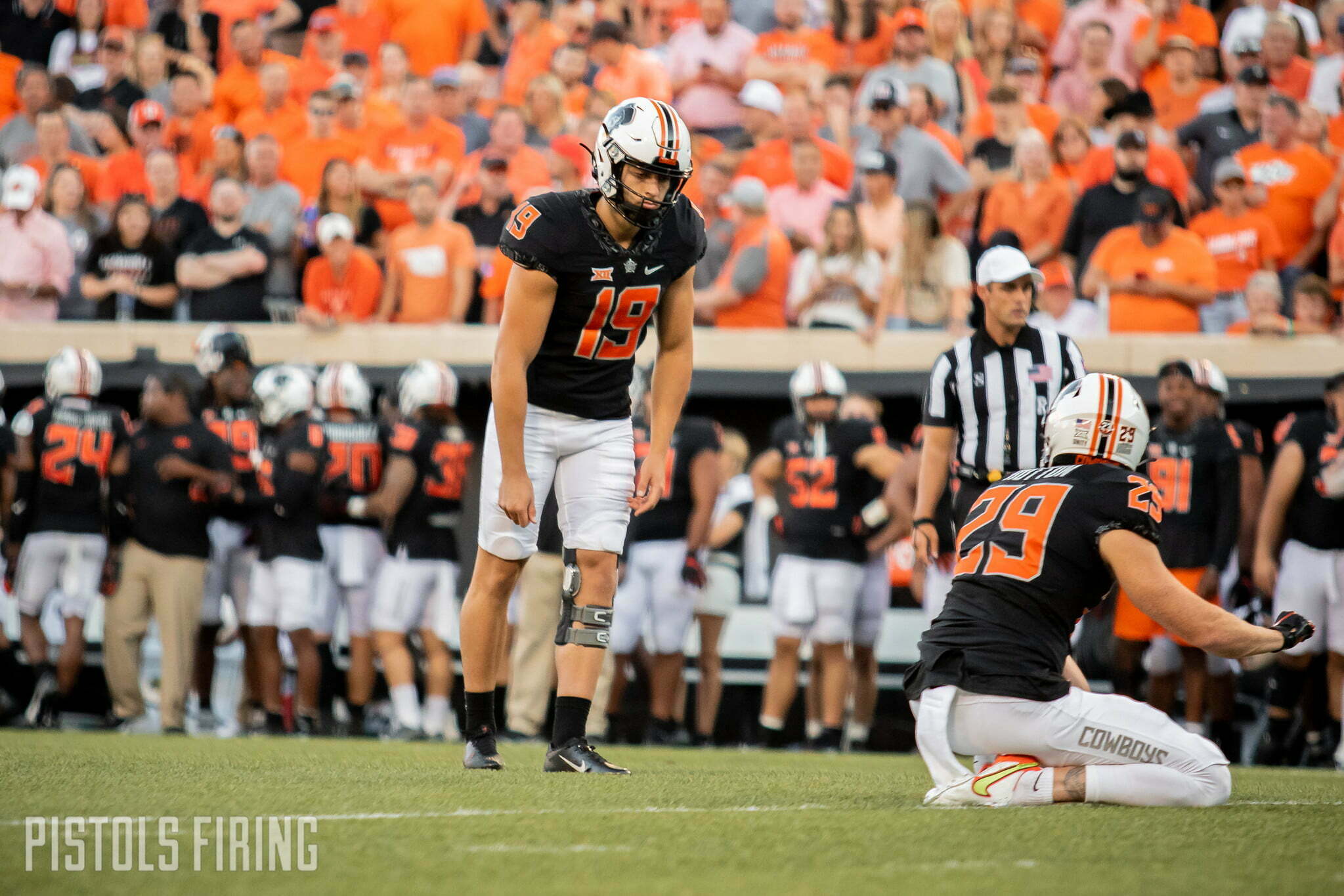 STILLWATER — The big story is that the Cowboys are unbeaten, but there are plenty of stories within that story.

Oklahoma State topped Kansas State 31-20 in the Cowboys’ conference opener Saturday night. Here are three storylines that came out of that game.

1. Martin ‘Hopefully’ Back in a Few Weeks

Senior defensive end Brock Martin went down in the second half, and he was on the Boone Pickens Stadium turf for a few minutes.

As Martin walked off the field, an OSU trainer was holding Martin’s left arm. Martin told the media Tuesday that he wears a brace on his left shoulder, and in his postgame news conference OSU coach Mike Gundy said he thinks this incident saw Martin reaggravate an old injury.

“I think he will be back in a few weeks,” Gundy said. “I don’t think it would be something that ends the season. He’s had some shoulder problems and stuff, and I think he’s got it dinged up again. Once you’ve been injured like that, anytime something like that happens, it’s scares you as an athlete because you’re afraid they’re taking it away from you. Hopefully maybe just a few weeks on him.”

In the mean time, expect an even heavier dose of true freshman Collin Oliver with Martin and Trace Ford from that position group now injured. In four games, Oliver has eight tackles, 1.5 tackles for loss and 0.5 sacks.

2. Gundy Likens Hale’s Struggles to That of a Golfer

After being a Groza Award semifinalist last season, Alex Hale has started the season just 2-for-5 on field goals.

Hale was 1-for-3 against Kansas State on Saturday night, missing kicks from 48 and 49 yards. After the game, Gundy said he isn’t worried about it and likened Hale’s struggles to that of a golfer.

“It’s like you going up there with your driver and you keep cutting it to the right,” Gundy said. “You’re trying to fix it. Then it goes (the opposite direction). Then you’re like, ‘Just give me another beer.’ That’s what happens in golf.”

Hale’s struggles have been from distance, as he is 2-for-2 on kicks inside of 40 yards this season but 0-for-3 on kicks from farther.

“It’s very, very tedious, and he’s trying to fix it, I have a lot of confidence in him,” Gundy said. “Nobody’s gonna take it harder than him, but he’s our kicker and he’s gonna fix it.”

Silas Barr’s first taste of college football came at a position he wasn’t even recruited for.

Barr, a true freshman from Pottsboro, came to Oklahoma State as an offensive tackle in the 2021 recruiting class. Some schools recruited Barr as a defensive lineman. But Barr debuted Saturday with a new number, No. 48, and with a new position, Cowboy back.

It’s a product of the Cowboys being thin at the position. Projected starter Logan Carter hasn’t played this season. That’s left Braden Cassity (who started his career as a defensive lineman) to play the majority of the group’s snaps. OSU also brought in Austin Jarrard, a junior college tight end, in the 2021 class. Jarrard didn’t enroll early, and Gundy said Jarrard isn’t ready yet. So, Barr it is.

“Silas can come in and help us at that position because he’s pretty mobile for his size,” Gundy said. “He actually caught a pass in practice and said it was the first pass ever in his life that he’s caught. I told him he needs to get 50 jugs a day just in case somebody makes a mistake and we throw him another one.”