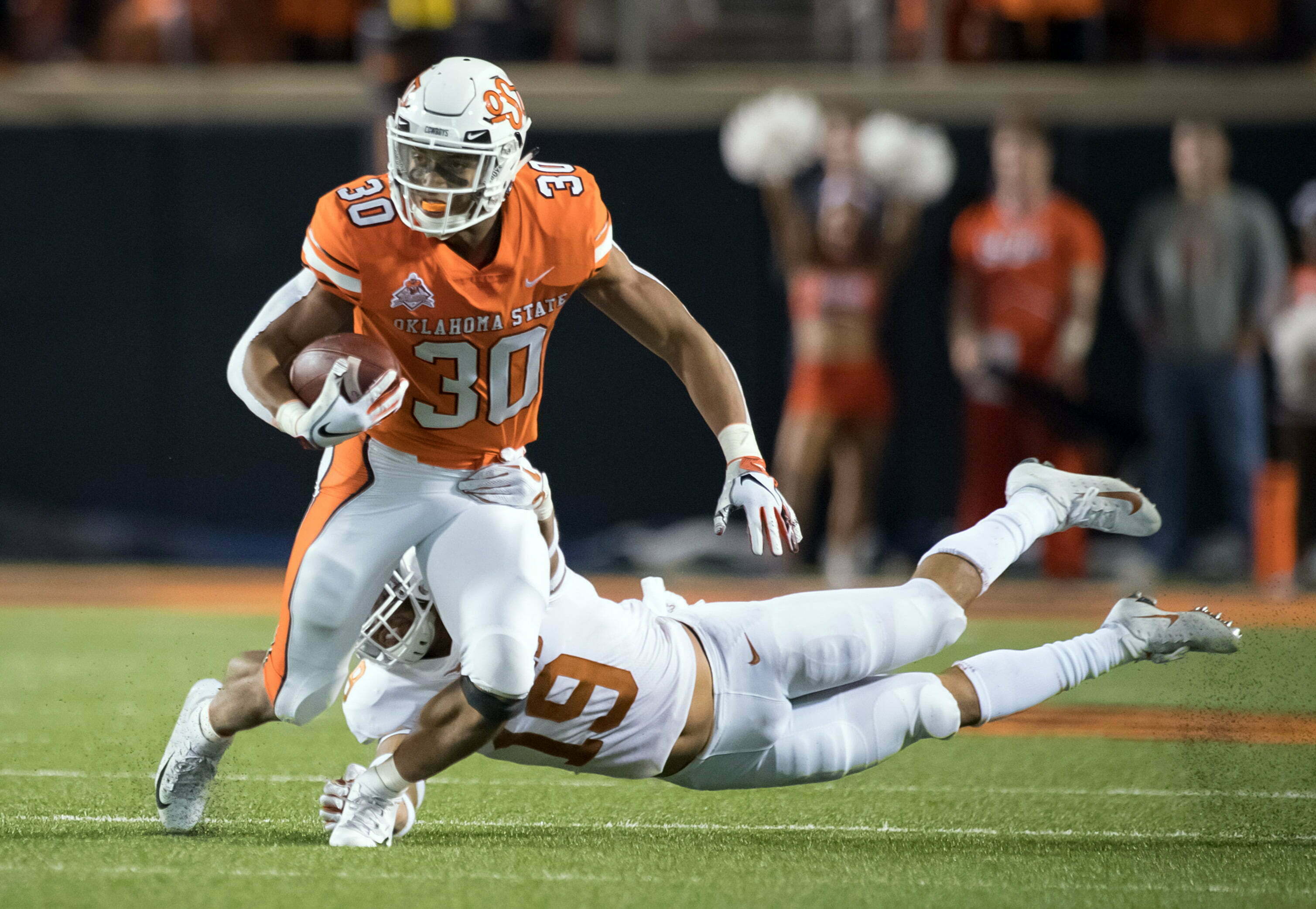 The Cowboys had many positives in 2018 despite finishing 6-6, and the 2019 season will hopefully be able to build off of those positives in pursuit of competing for a conference championship. Here are three specific things that the Cowboys will try to work and build on in 2019.

The Cowboys were the most enigmatic team in America, going 3-1 against ranked opponents and losing to four of the bottom six teams in the conference (don’t forget they went 3-6 in Big 12 play this year). The reason for this anomaly is mostly unknown, although speculation points to intangible reasons such as lack of veteran leadership and other reasons such as offensive or defensive inconsistency. Leadership will be important for the Pokes, especially early on, as four of their first six games are away from home. The Cowboys will likely play up to their opponents like they seemingly always do, but the difference between an average team and a conference championship contender is winning the games you’re supposed to.

Here’s an interesting statistic — the Cowboys were 6-0 when outrushing their opponent and 0-6 when outrushed by their opponent. OSU will likely lean on the run game in the first half of the season, especially in how vocal head coach Mike Gundy has been on the concern of playing freshmen quarterbacks, so Chuba Hubbard and the rest of the running back stable will get plenty of touches early on. In the Cowboys’ last win, they recorded 266 yards on the ground against one of the best statistical defenses in the Big 12 (West Virginia). Hubbard showed that he’s ready to be the guy at the running back position. Additionally, the quarterback run game increased as the season went on, with Taylor Cornelius actually leading the team in rushing touchdowns by the end of the season. A guy like Spencer Sanders could more than adequately fit that role, and Sanders and Hubbard would make an electric young duo for Poke fans to drool over.

The Cowboy secondary will take some time to improve, but if they can consistently create pressure on the quarterback they can create a successful defensive formula. Jim Knowles’ biggest accomplishment in his first year was arguably springing the Cowboy pass rush from No. 42 in 2017 to tied for sixth in the country this season and helping make Jordan Brailford a NFL prospect. Whether the Cowboys will be able to replicate that production with an entirely new defensive line is yet to be seen, but if the Pokes can find a way to generate a consistent rush, it would prove the pressure is coming from both Knowles and the talent on the field.