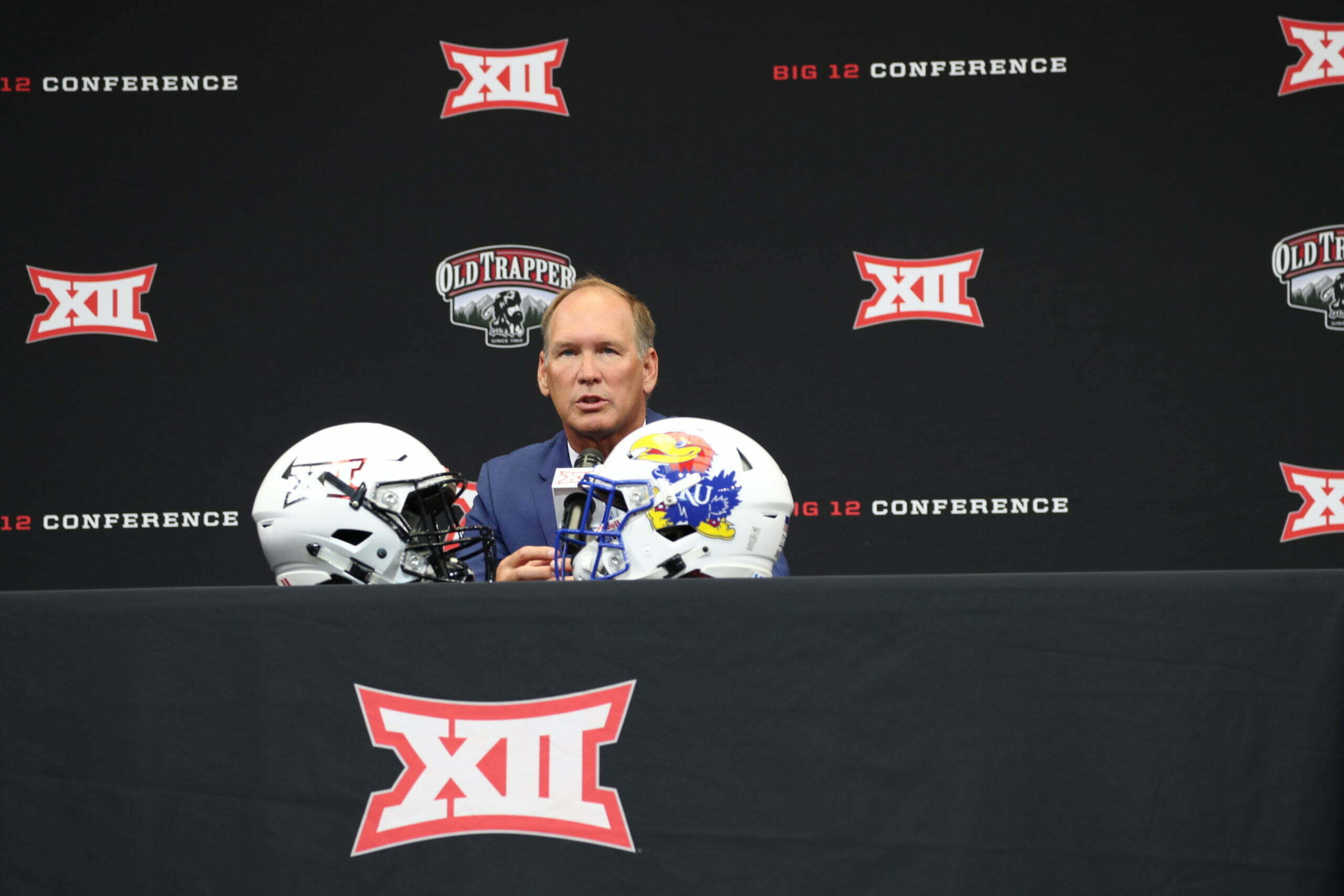 After starting the season 5-0, Lance Leipold is still in search of a win that would put Kansas in a bowl game for the first time since 2008.

The Jayhawks had a bye week this past weekend and play Oklahoma State at 2:30 p.m. Saturday in Lawrence. Here are three things KU’s coach said ahead of the matchup.

The Cowboys didn’t just lose last week, they got dismantled.

About an hour drive west of Lawrence, Kansas State drummed Oklahoma State 48-0. Leipold said he sent a congratulatory text to K-State coach Chris Klieman this weekend after the impressive performance.

“If you spend too much time in comparative scoring or things like that, sometimes things just get away from you,” Leipold said. “I think their banged up like a lot of people are. Don’t want to take away at all from the performance of Kansas State and the way they’re playing right now. It was a pretty convincing win.”

“Mike Gundy is an excellent football coach, and he’s been doing this a long time,” Leipold said. “And that’s an excellent program that played for a conference championship last year. They’ll get healthy. They’ll get it corrected. And they’ll come in here ready to play, and we have to make sure we match that intensity because we know what got away from us very quickly down in Stillwater last year.”

It’s been nearly a month since the Jayhawks played in front of a home crowd, a crowd that has been more of a factor than in previous seasons.

The Jayhawks have sold out their past three home games. After some time away (and a few road losses), Leipold said he is hopeful the energy around Lawrence will still be palpable Saturday.

“We need a great crowd,” Leipold said. “I think, again, I hope the future of this program, and as we continue to work to build winning consistently in this program, it’s not undefeated records that get us to fill this place because that’d be a lot of nonfilled stadiums across college football. I still hope that people are excited, though the wins of late haven’t been there. The competitive nature of this football team for four quarters is something that I hope our fans are respecting and enjoying and will want to come out and support.”

For the second straight week, it’s uncertain which quarterback the Cowboys will face.

Last week it was Adrian Martinez or Will Howard. This weekend it’s Jalon Daniels or Jason Bean. Keeping it close to the vest, Leipold said Daniels practiced Sunday but didn’t provide much further details.

“He’s practicing and doing some things,” Leipold said. “He was out there [Sunday], and we’ll see.”

The starter, Daniels hasn’t played since the Jayhawks’ Oct. 8 loss against TCU after guiding Kansas to a 5-0 record. In six games, Daniels has completed 67% of his passes for 1,072 yards and 11 touchdowns to only one interception. He has also ran for 341 yards and five scores.

Bean’s three games of extended playing time have ended in three losses, but statistically, he has been good. On the season, Bean has completed 63% of his passes for 783 yards, nine touchdowns and three interceptions while running for 119 yards and two scores.