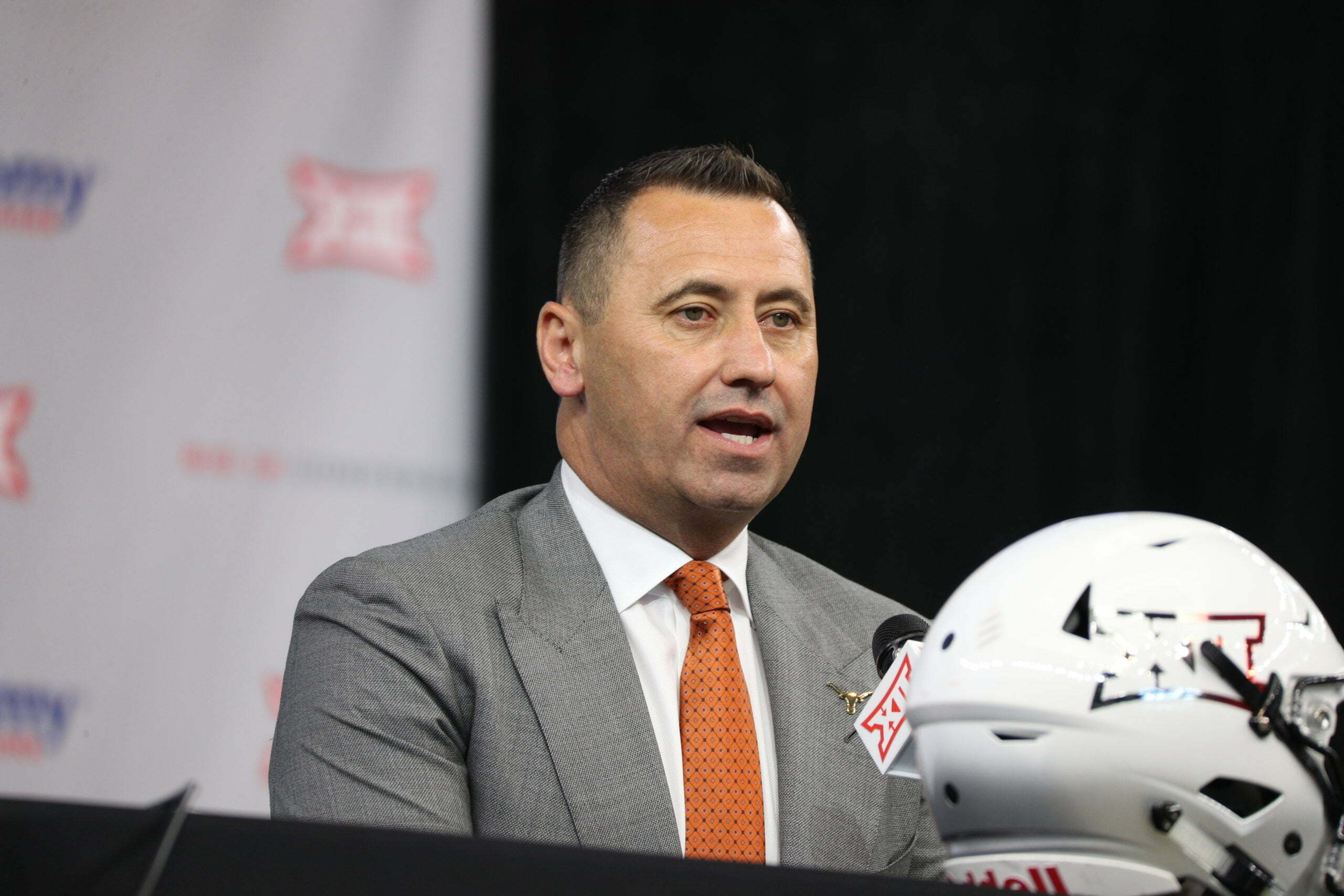 Saturday’s game between the Cowboys and Longhorns has major Big 12 title implications at play.

New Texas coach Steve Sarkisian seems to have UT on more stable footing, despite entering the game against Oklahoma State with a pair of losses. Sarkisian met with reporters Monday. Here are three things he had to say about the matchup with OSU.

Mike Gundy and Steve Sarkisian have each been in the college coaching game a long time, but this weekend’s matchup will be the first time they cross paths.

Having made stops at USC, Washington, Alabama and now Texas, Sarkisian said Gundy’s ability to be able to change with the times sticks out about something that makes him a good coach.

“Great coach, I mean, he’s been doing it a long time at a high level,” Sarkisian said. “One thing I appreciate about him is they’ve kind of reinvented themselves in Stillwater. They were a pass-happy, out-score-you team to they’re a defensive football team, a veteran team — play tough, play physical. They run the ball. They’ve kind of reinvented themselves a different identity, and that’s a sign of a really good coach that you play to the strengths of your team.”

The Longhorns have had difficulties this season containing mobile quarterbacks — it’s played a part in both of UT’s losses.

Arkansas’ K.J. Jefferson ran for 73 yards on only 10 carries in the Longhorns’ Week 2 loss to the Razorbacks. Oklahoma freshman Caleb Williams filled in for Spencer Rattler on Saturday and torched UT for 88 rushing yards, including a 66-yard touchdown run.

OSU quarterback Spencer Sanders has had an up-and-down year thus far, but there are few questions about his running ability.

“The moment we get out of rush lanes, now he can escape through the line of scrimmage,” Sarkisian said. “The moment a defense comes inside and we don’t have somebody to contain, now he can flush outside of the pocket. Our rush integrity, our rush lanes definitely have to improve so that we can keep those types of players in the pocket and try to collapse the pocket so that we can minimize some of those off-schedule plays.”

Jones is having foot surgery. He has started every game for UT this season, where he has 19 total tackles, 1.5 tackles for loss and a pair of QB hurries.

Whittington is the team’s second-leading receiver. He is having surgery on his collarbone. On the year, Whittington has 24 receptions for 359 yards and three touchdowns.