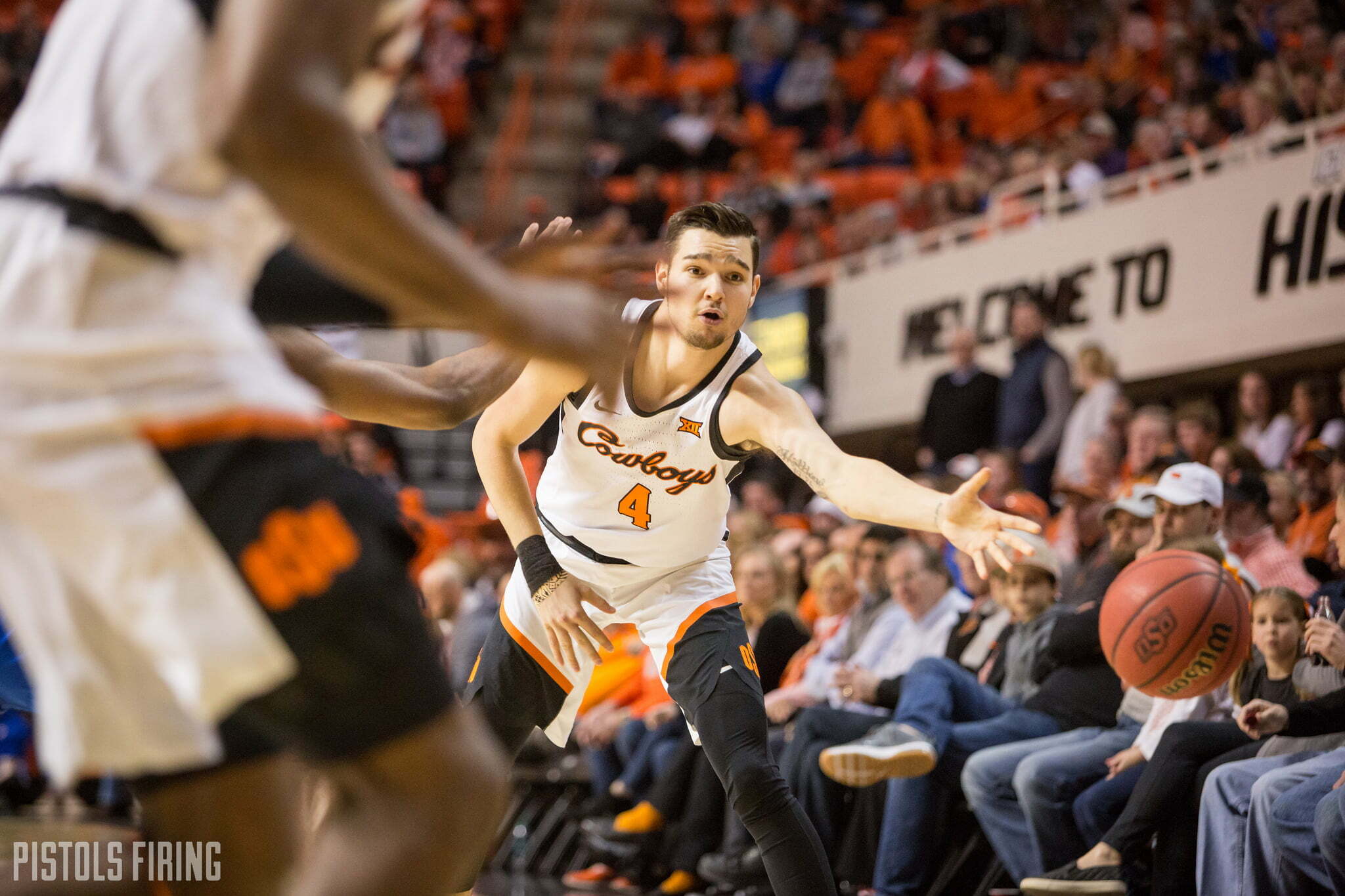 STILLWATER — The Oklahoma State basketball team is in Waco preparing to take on Baylor at 8 p.m. Wednesday on ESPN2.

The team’s previous meeting was a close one, with the Bears winning 73-69 in Gallagher-Iba Arena. Here are three things to know heading into their second matchup.

A week ago, there was still a chance Baylor could get a share of the Big 12 title, but with Texas Tech and Kansas State winning Monday, that hope is gone.

No longer competing for a conference championship paired with the fact Baylor has beaten OSU seven straight times (OSU’s last win in the series came in 2015), makes it interesting to see what kind of motivation the Bears attack Wednesday night with.

That could all mean nothing, though. OSU, for example, has played motivated for a while now despite postseason play being highly unlikely. Baylor still has a little to play for in terms of seeding for the upcoming Big 12 Tournament. At this point, the Bears can finish as high as third and as low as fifth.

2. Run the Bears Off the Line

In the teams’ first meeting this season, Baylor came in shooting 29 percent from 3-point range.

Looking at that, it’d seem logical to let the Bears shoot some 3s, but the problem was Baylor went 15-for-25 (60 percent) from deep in Stillwater. Baylor won that game 73-69, meaning even if the Bears shot 52 percent from 3-point range the Cowboys would’ve won.

“They came into that game not shooting very well at all,” Boynton said. “Obviously we know that’s something they’re very, very capable of. I think after our game, there was a streak of about four or five games where they shot exceptional from the 3-point line. So, it’s something we’re definitely focused on.”

King McClure torched the Cowboys in that first meeting, hitting seven of his 11 3-point attempts on his way to a game-high 29 points. McClure recently missed five games with a knee injury, but has played in Baylors past two, playing seven and 19 minutes, respectively.

Opponent 3-point percentage has been an area the Cowboys have struggled with at times this season, but no team has shot higher than that 60-percent outing against them. Kansas State made 50 percent of its 3s against OSU a few weeks ago, but in their last two games, the Cowboys held Texas Tech to 16 percent 3-point shooting and Kansas to 35 percent, a major reason the Cowboys were in those games.

3. Cowboys Focused on the Here and Now

Many OSU basketball fans have discarded this season and look forward to next, but don’t tell that to Thomas Dziagwa.

Dziagwa was asked about the Cowboys’ Top 25 recruiting class Tuesday, but he said he isn’t ready to let go of OSU’s current team.

“My sole focus has been on this year and practice and the next upcoming game,” Dziagwa said. “I’m happy that we get recruits, and I’m happy for any recruit that we are recruiting, but my sole purpose is with this team currently and our goals this team has.”

Dziagwa’s focus has long been on this season’s squad. This summer he hit 25,000 shots and transformed his body through workouts and dieting. The results have come as in years past, Dziagwa wasn’t much of a factor late in OSU’s seasons, but he has averaged 18 points in the Pokes past five games.

As for the Cowboys incoming class of recruits, Boynton said that group is going to need the likes of Dziagwa, Cam McGriff and Lindy Waters when they get to campus.

“That will be a big part of us having a chance to take a step forward next year, is those guys having tried to carry the load and them being able to tell the young guys, what it really is like,” Boynton said. “They’ll come in here with high expectations. People will think that they’re going  to save the world, and they won’t. We’ll really need Cam and Lindy and Thomas to still help them. From a talent standpoint, we’ll be better. We just need those guys’ experience and help the young guys learn.”