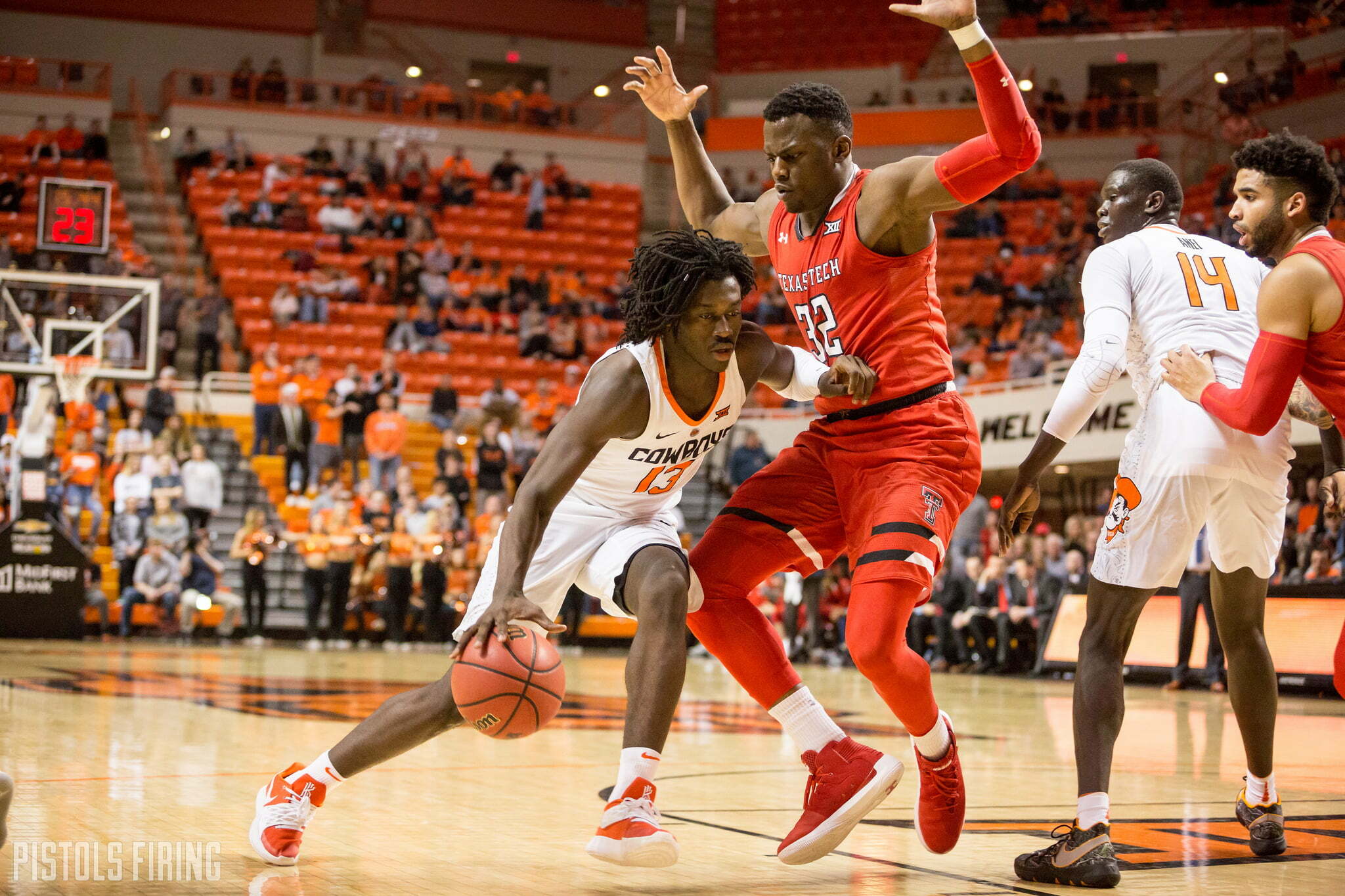 The Oklahoma State basketball team is in Lubbock, as the Cowboys get ready to face Texas Tech at 6 p.m. Wednesday night on ESPNU.

Here are three things to know about Wednesday night’s matchup.

In its last outing, Texas Tech crushed Kansas 91-62 in Lubbock. Then the Jayhawks did Tech a favor Monday and took down Kansas State.

If the Red Raiders beat OSU on Wednesday, they would draw even with Kansas State atop the Big 12 with Kansas a game back of the two. Tech has never won even a share of a Big 12 championship.

“The margin (Tech beat Kansas by), you’d never expect that,” Boynton said Monday. “That they beat them, I’m not surprised. I think both K-State and Tech are both Final Four contenders.”

For a three-game stretch the Cowboys have/had the chance to play spoiler. OSU failed its first chance against K-State on Saturday, but they have this game against Tech before hosting Kansas this weekend, as the Jayhawks look for at least a share of their 15th straight conference title. The 2003-04 Cowboys are the last team to win a conference crown without Kansas at least holding a share of it.

Isaac Likekele and Yor Anei have been bright spots in this otherwise darker season of OSU hoops.

Likekele is up to a nice, even 100 assists this season, the fifth most from a freshman in school history.

That’s not bad company, but Likekele’s numbers are bolstered a little considering he’s the only scholarship point guard on OSU’s roster. Still, Likekele is in a good spot to finish the his freshman year between Marcus Smart and Jawun Evans, two NBA players.

Anei’s 59 blocks this year trails only Byron Houston’s 65 blocks as the most from a freshman in OSU’s history. Anei averages 2.2 blocks a game, meaning with the at least five games the Pokes have left, he is on pace for 70 this season.

Anei is already ninth for all OSU players in blocks in a season, if he were to hit 70, that would tie him with Bryant Reeves’ junior season in third on OSU’s all-time list. Only one year in, Anei is already 19th on the Cowboys’ career blocks list.

Tech sophomore Jarrett Culver has been held under 10 points only once this season, and he has averaged 21 points a game in his past three games.

His season average of 18.1 points a game is third in the Big 12 behind Kansas’ Dedric Lawson and Iowa State’s Marial Shayok. A lot of outlets have Culver going in the Top 10 of this year’s NBA Draft.

In his three career games against OSU, Culver has scored 59 points and brought in 17 rebounds.