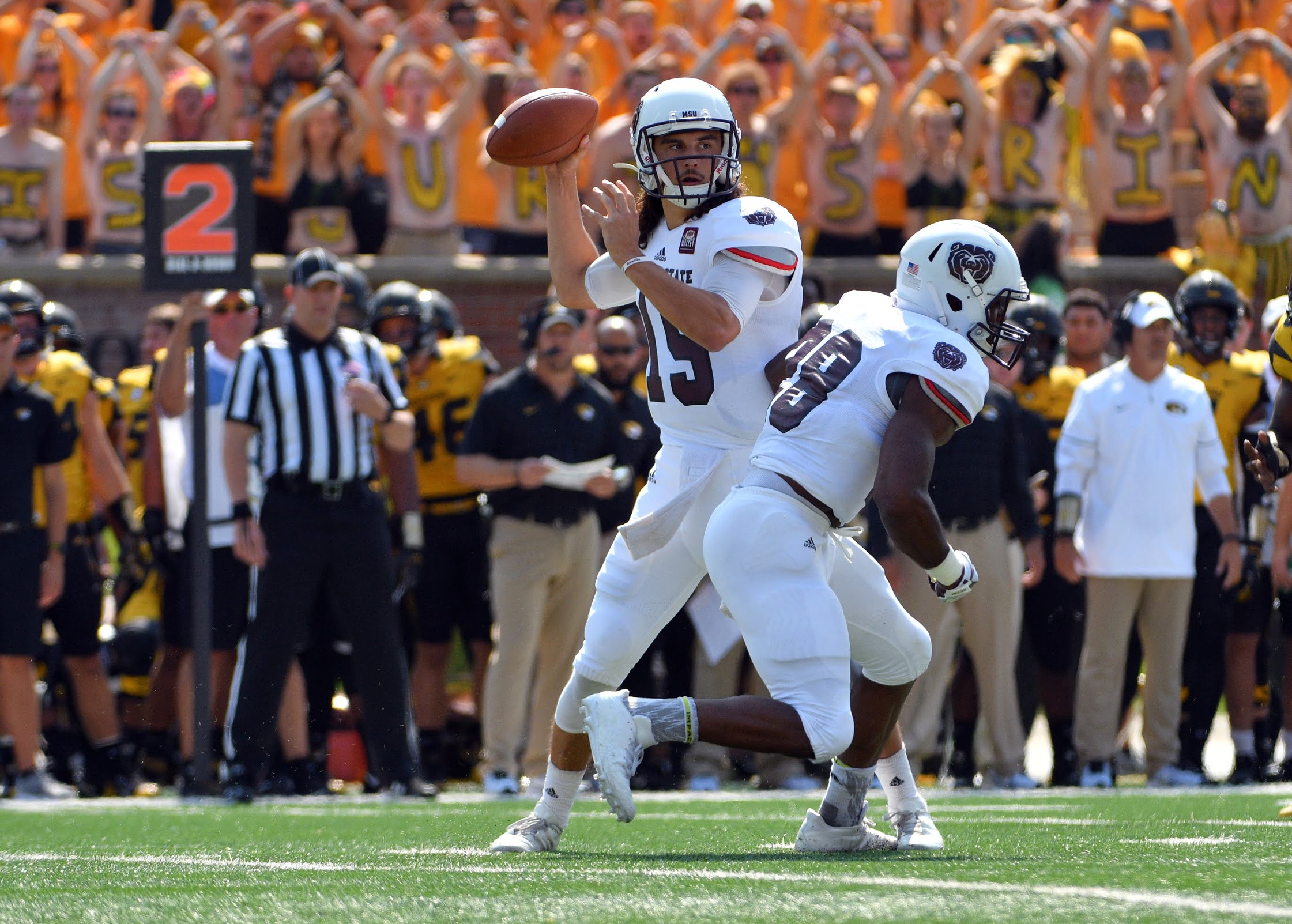 With the 2018 season kicking off this Thursday for Oklahoma State, I wanted to look at a few things to expect on offense from the Cowboys’ first opponent, the Missouri State Bears. The Bears are coming off a 3 – 8 season but are looking to improve as the team heads into its fourth year under head coach Dave Steckel (8-25 in first three seasons).

The team leader in passing and rushing yards, junior quarterback Peyton Huslig, is the key piece to this Bears offense, but he’s going to have to find some new targets this season as MSU lost it’s four top receivers from a year ago. Along with Huslig, running back Jason Randall is the next top returning producer, going for 373 yards on the ground and 90 yards receiving with eight total touchdowns in 2017. His role will most likely increase in the Bears offense, as will that of sophomore receiver Lorenzo Thomas who is the top returning receiver from last season with 184 yards. Regarding the offensive line, the Bears return four of the five starters from a year ago and are filling holes and adding depth with junior college transfers.

Scheme-wise, the Bears offensive coordinator Mack Brown (no, not that Mack Brown) likes to run a lot of 11 (one running back and one tight end) and 12 (one running back and two tight ends) personnel groupings. In addition, he will run a split backfield at times and run empty sets with only Huslig in the backfield. MSU wants to run the ball to setup the pass, and against a team like Oklahoma State, I could see them trying to slow the game down like they did against Missouri last season (lost 72-43 to the Tigers).

Now that I’ve given some background on the Bears personnel and scheme, I want to take a look at three key things to watch for from the MSU offense.

As I mentioned above, the Bears quarterback was not only their leading passer, but also their leading rusher. He had 621 yards and four touchdowns in 2017, and one key reason for this was the zone-read and zone-read option plays the Bears run. This is the main component of their rushing attack.

Against Missouri, the inside hand-off to the running back gashed the Tigers defense on several occasions for huge gains.

In this first clip, you see Huslig read the end and give the ball to the back up the middle. This is their normal zone-read look.

In this video, you see the zone-read option, if the defensive end were to crash on the dive, Huslig would keep the ball and run the option with the wide receiver going in motion behind him.

Here you see a similar play to the one above, this one going for a touchdown:

Also, Huslig is very dangerous when he keeps the ball himself on the option:

Along with the zone-read and zone-read option, the Bears like to run the jet sweep. Even though he only ran it once last season, I expect Lorenzo Thomas to be a key component in their sweep game with MSU losing most of the receivers they ran this with last season.

RPOs have been used at times for the Bears over the course of head coach Dave Steckel’s tenure, but from the MSU preseason scrimmages, it looks like they will be a more heavily utilized component of the 2018 offense. Steckel seems to really like what RPOs bring to the offense and how they fit his team’s current personnel.

“It’s difficult to defend. It turns the defense into assignment football. You can’t come to the sidelines saying ‘I thought’. (The offensive coordinators) do a really good job at adding those RPOs and that adds a second layer to the onion. I think the offense is running it very well. They molded the offense for the personnel. I think that’s what great coaches should do.” [Springfield News-Leader]

In the play below against Missouri, you see Huslig read the linebackers as they bite on the run, he then pulls the ball back and hits the tight end up the seam for a touchdown.

This time Huslig pulls the ball back and throws to the receiver on the in route:

Finally, in this last clip, we see Huslig go to the receiver on a slant for a big gain:

In the film I watched, Missouri State did not throw deep very often. Late in games, when they were down big, they would air it out more but it doesn’t seem to be a main piece of their offensive scheme. Where they live is the shot to intermediate passing game.
The Bears really like to go to their tight ends over the middle.

In addition, crossing routes are a big part of their passing attack:

In the short game, they utilize wide receiver screens:

And like to hit the tight ends in the flats:

Aside from the possible increase in RPOs, with the same head coach, offensive coordinator and quarterback, I don’t expect the Bears offensive scheme to change much from a year ago. Oklahoma State has a lot of familiarity with RPO teams, since pretty much everyone in college football runs RPOs now, so I don’t think the Cowboys should have much trouble defending these plays.

With the Bears’ lack of a clear cut receiving threat this season, I don’t think they will have much success against the Cowboys through the air. As far as the rushing attack goes, the Bears do have talent with Huslig and Randall as well as Nick Masoner (96 yards and two touchdowns last year), but OSU’s talent at linebacker and on the defensive line leaves little cause for concern in my mind.

I think the Cowboys will be able to handle the Bears offensive attack and keep them to a very low scoring total throughout most of the game, aside from what happens in garbage time, resulting in a positive outcome for OSU in their season opener.

Also, not important, but Peyton Huslig looks a lot like the lead singer for Creed. Hopefully, he can take the Bears higher than he did last season… 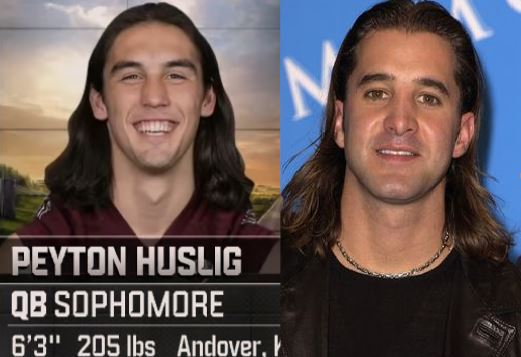