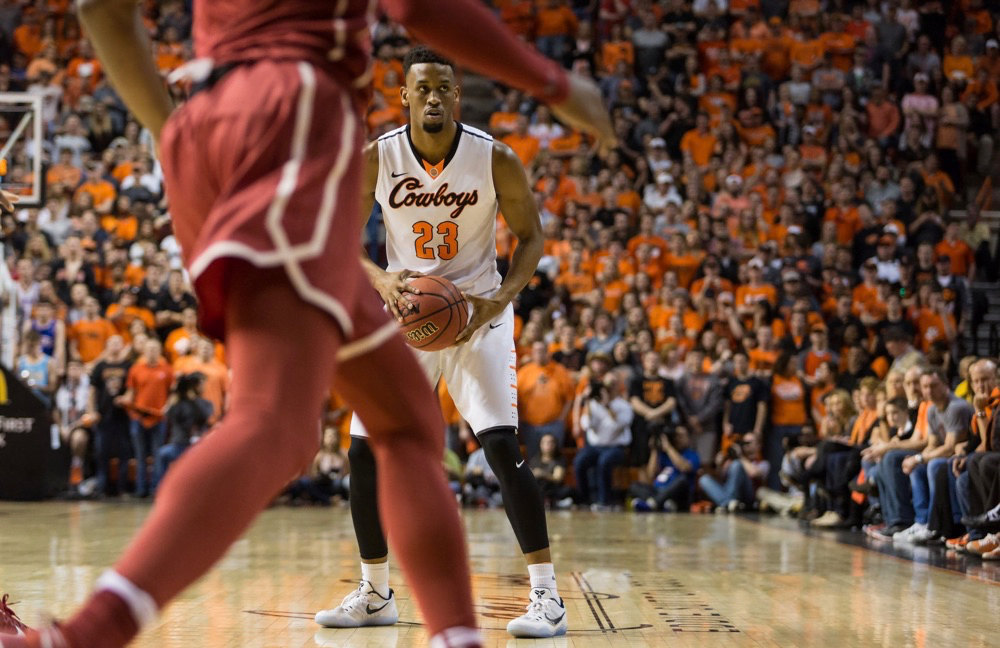 After sweeping OU and TCU last week, a trip to Manhattan on Wednesday and a home date against Texas Tech on Saturday awaits. Not to crown any princes, but it just feels like this team has found the secret Gundy sauce for finishing games.

A good personal goal for us all this week: figure out what your “16 straight points in Bedlam to save the day” is and knock that out. Then take the rest of the week off.

Down 13 points to your biggest rival with 8:31 to play. No problem. Just give the ball to @j3vans1_. #bedlam #okstate pic.twitter.com/3MSO1gtkXy

Mark Twain said that “all you need in life is ignorance and confidence, and then success is sure.”

Somehow the Pokes ignored that OU raises their game exponentially for Bedlam but confidence won them the game. Ask Phil Forte-Robbins.

“I think offensively, we knew we were fine,” senior guard Phil Forte said. “We were going to score. That wasn’t really our problem. We just knew we needed to get a couple of stops in a row. That’s what we kept preaching at timeouts is stops, stops.”

It was so fun to see a team feel so confident regardless of the (double-digit) hole. And while the circumstances weren’t as dire, TCU was similar. Leyton Hammonds was quoted after that game with a slightly different path but same result.

“The ball might not fall every night, but defense and rebounding are going to get us wins on the road and at home,” said Hammonds. “We’ve been doing that lately.”

Jawun played with his hair on fire in the second half (racking up 22 points) and reflected on how defense is what fed the comeback saying “… on the defensive end, that’s what’s helping us; just getting stops.”

Three of the leaders on one of the all-time most prolific Big 12 offenses believe it’s defense and rebounding that seal the deal. And they’re mostly right. Over the seven games won in league play, the Pokes have held opponents below their season average more often than not (in four of seven wins) and out-rebounded or tied them on the glass in five of seven wins.

As are Jawun dribble drives.

Staying near the data, in conference losses, opponents are outscoring their average and winning the rebound battle in five of seven times (70ish percent) against the Pokes.

I don’t know if the chicken came before the egg or confidence before the rebound but I’m convinced Underwood does and it’s reasonable that he becomes a rich(er) man for it.

Sort of like the third verse in “Friends in Low Places” (this is in fact an OSU blog), the game really goes to another level when the fourth offensive option develops.

When you get 20 plus from Forte, Evans and Carroll, anything else is just icing but sometimes one of the three amigos has an off-night and the production needs to come. Thank goodness for Leyton Hammonds on Wednesday in Fort Worth. His pre-Bedlam numbers were fantastic.

With Jawun surrounded by three other dudes who can drain it from deep, that really opens up the lane for him to penetrate. When King Solomon gets the elbow shot locked down, that high-ball screen (with options to hand off to the driving Jawun or tossing out to one of three plus shooters) will be dangerously close to guaranteed points.

In Bedlam, it was more of a three-headed fourth option with Hammonds, Solomon and Davon Dillard combining for 19 points. The result was 96 points and hard to argue with. I loved this bit from our notebook after Bedlam on Solomon’s game:

Solomon had 6 points, 7 boards, 2 blocks, 2 steals and 2 assists on one shot. Also only had three fouls. The perfect Solomon game.

Massaging that fourth option into the offense and getting them confidence in games against the last place teams could be the difference against tougher competition. Like a feisty Texas Tech team that took West Virginia into double-OT, beat Baylor and nearly finished off Kansas.

When you played school yard games of “Horse”, did your version involve the final step: “prove it?” Where you had to go back and knock down the finishing shot one more time or else your enemy found new life? Either way I think you’re tracking with me and I think that’s what the Pokes have to do this week to secure their tourney bid.

Clawing their way back from an 0-6 hole in the standings, the Pokes need only to hold ground with two wins surely securing their passage into relevant basketball after Spring Break. One would likely do it as well, but winning two of Tech, at K-State, at Iowa State and home against the Jayhawks keeps you in the argument as the hottest team in the country. A win at the Octagon of Doom may be more doable than we’ve seen in a long time with Weber looking more Ron Prince than Bill Snyder (losing five of eight home games in league play thus far).

Tech is an older team led by Tubby Smith-trained juniors happy to unseat a Cowboy team that won in Lubbock. Games like these separate the play-in seeds versus the 7,8,9 types of squads.

It’s not a shaky limb to guess that if this happens again on Saturday, going one for two (at least) this week is highly probable.

Big thanks to the 13,611 fans who joined us tonight! #Bedlam #okstate pic.twitter.com/RhVsOdebQa