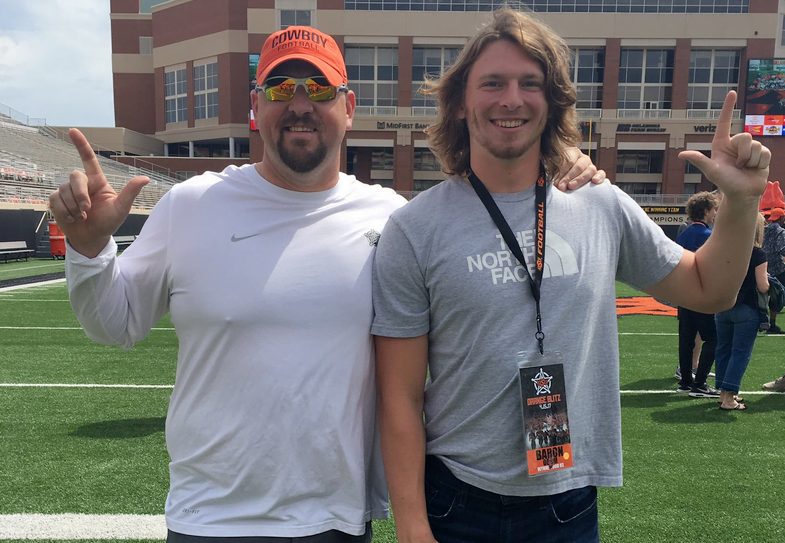 On Monday night, Oklahoma State added a pass-catcher to its roster for 2019. On Tuesday morning, it lost one.

Less than a day after South Alabama receiver Jordan McCray announced he would no longer be transferring to UNLV and instead intended to play his final season of eligibility at OSU, redshirt sophomore tight end Baron Odom, who like McCray is 6-foot-5, announced his intentions to enter the transfer portal.

The two developments don’t appear to be related — McCray is a receiver, while Odom is a tight end — but it might be background to how OSU chooses to allocate its scholarships going into next season.

“Nothing is an exact science and sometimes things just don’t work the way we want them to, and all we can do is keep moving forward and roll with the punches,” Odom said. “I am grateful for the many opportunities and experiences I had during the past two years of playing football here at OSU and I wish them all the luck in the world.”

Odom signed with OSU in 2017 out of Wynnewood, Oklahoma after Tyler Henderson, a long-time pledge, flipped his commitment from OSU to Baylor only days before national signing day. When Henderson flipped, OSU had Odom on speed dial and he committed on the spot.

Odom did not record a stat at OSU and, as he alluded to above, ran into a case of some old-fashioned bad luck, too. After redshirting the 2017 season, he tore his ACL at bowl practices after the conclusion of the regular season. He recovered and played in 2018, but only sparingly, and never at the position he signed to play.

Odom has really good size for a tight end at 6-foot-5, 238 pounds, and in the right position he could flourish. In high school, he recorded 15 receptions for 396 yards and seven touchdowns along with 53 tackles, six sacks and seven tackles for loss in his final 10 games.