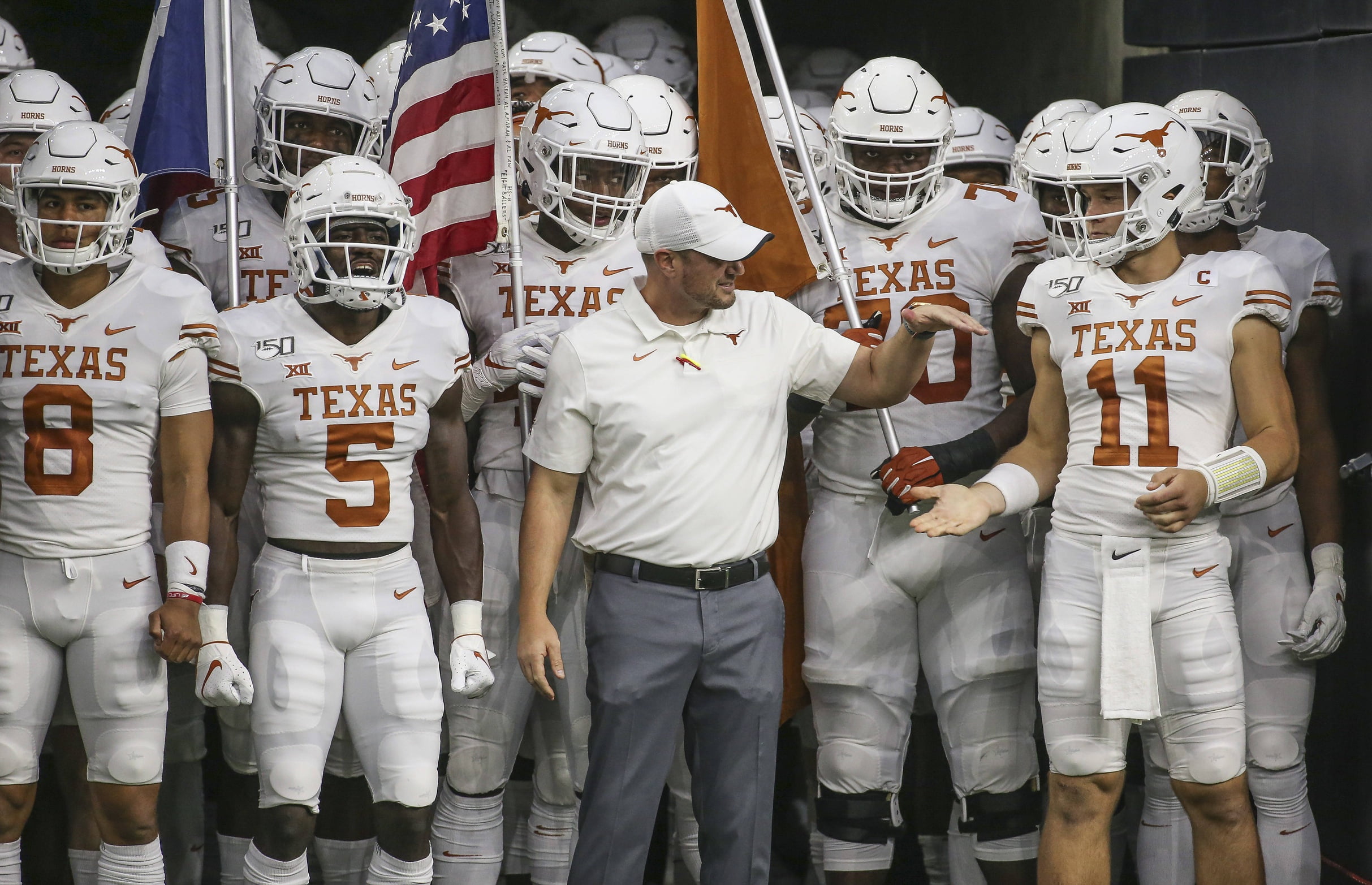 The Cowboys have a chance to make it a ridiculous six straight victories in Austin this weekend.

Before that, though, Texas coach Tom Herman held his weekly news conference. Here are three things he discussed about his team’s game with Oklahoma State.

Chuba Hubbard, Tylan Wallace and Spencer Sanders have wreaked havoc on opposing defenses early in this season, something Herman said will be a tough thing to stop Saturday.

“They’ve got the nation’s leading rusher, an All-American wide receiver, a quarterback that cannot only throw it to that receiver, but is a threat with his running ability, too. It’s going to be a challenge, for sure, but you can’t sell your soul, I guess, to stop one, because they’re so proficient in the other that you’ve got to be sound.”

Wallace enters Big 12 play with 390 receiving yards. That leads the conference by 121 yards.

Herman got an up-close look at what Wallace is capable of last season, when Wallace caught 10 passes for 222 yards and two touchdowns in OSU’s 38-35 upset victory against Herman’s Longhorns.

“I know he’s really good,” Herman said. “I know he’s a preseason All-American for a reason. They don’t give those distinctions to guys that are bums. He’s really, really good. He’s as complete of a receiver as we’ll see in terms of his route running ability, separation ability, speed, and then the really cool part is when you watch his game, he’s a ferocious blocker, too, which, for a receiver of his talent is rare to see. We certainly respect that about him.”

Hubbard was OSU’s No. 2 back in the Texas game last season behind Justice Hill. However, Hubbard still had a solid game, running for 80 yards on only nine carries.

“I just think his vision is really good,” Herman said. “I think they list him at 6-1, 207, so he’s got some good strength and size to him. The offensive line is playing really well in front of him. The thing that stands out is his vision and the ability to be going this way and see that the hole is there and making an immediate cut back or be going this way and see that the play is to bounce — his decision-making with the ball in his hands is really, really good.”

At his weekly presser Monday, Mike Gundy held up a zero when asked how many of his players Texas recruited.

That’s since been discredited to an extent with guys such as Deondrick Glass, Langston Anderson and Grayson Boomer all having Texas offers, but Gundy still wasn’t too far off. At his presser, Herman credited Gundy’s ability to find guys who can go under the blue blood programs’ radars.

“He’s obviously done a really good job of two things: One, evaluating talent and recruiting and recognizing some diamonds in the rough, and then he develops the heck out of his guys,” Herman said. “They’ve had a lot of skilled athletes go on to get drafted. I think when you think of him, that’s what you think of is talent evaluation on the recruiting end and development once they get there. Obviously his offenses speak for themselves.”

Texas will be without safeties B.J. Foster (hamstring) and DeMarvion Overshown (back) this week.

The pair also missed Texas’ game against Rice last weekend. Foster started the Longhorns first two games of the season, and he is tied for fourth on the team in tackles despite having played one fewer game.

With those two being out, Herman also said center Zach Shackelford, wide receiver Collin Johnson and linebacker Joseph Ossai are all “probable.” All three are starters.