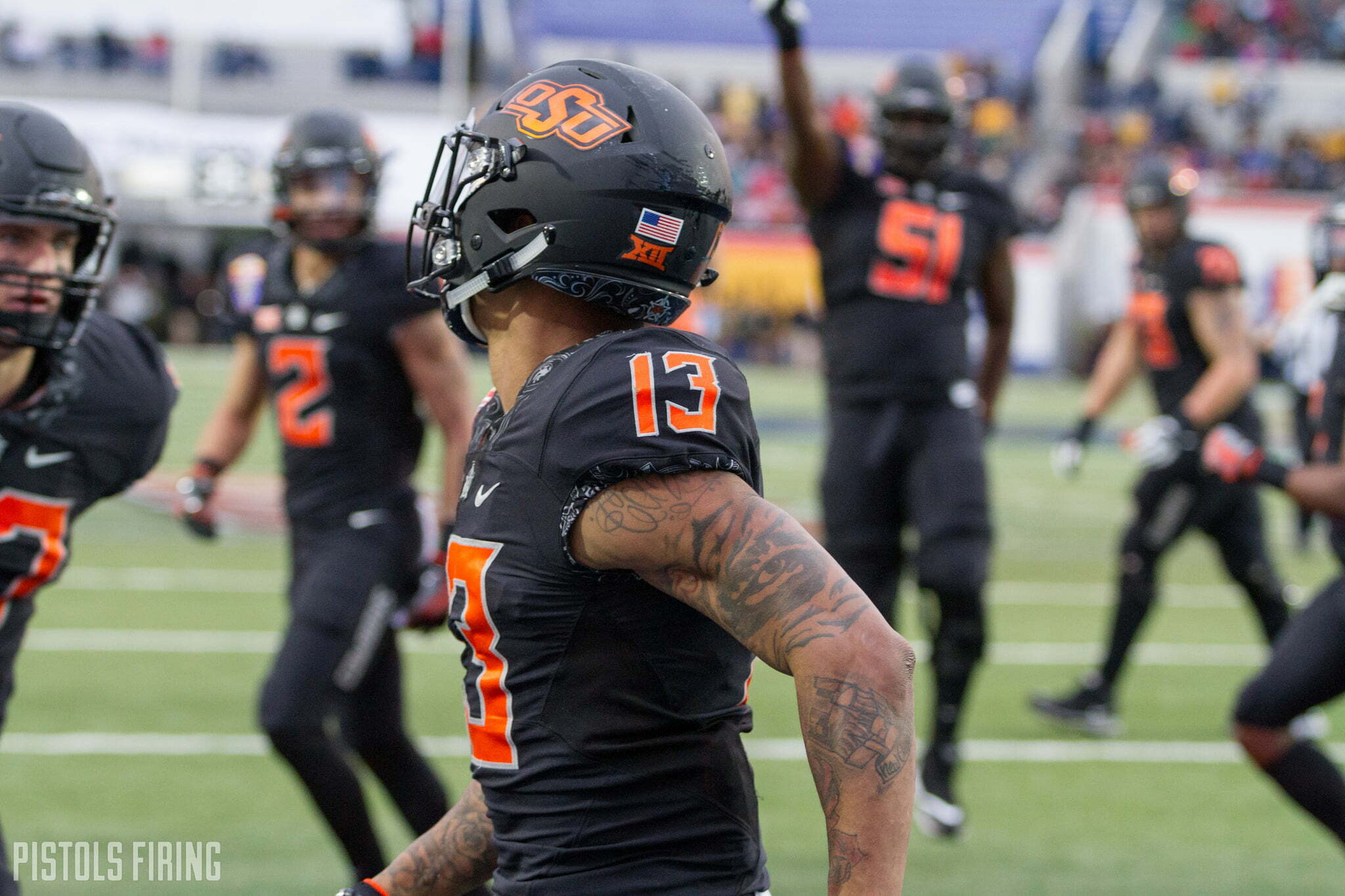 With that — and OSU’s 37th place finish in CFB last season, according to the AP — we head into 2019, an intriguing season for Oklahoma State in the post-transition year of 2018 and hopefully into another two- or three-year period of thriving teams and top 20 finishes.

Bill Haisten wrote about that this week for the Tulsa World.

If Sanders can become at OSU what he was at Ryan High School in Denton, Texas, then he’ll quarterback the Cowboys during the next three or four seasons.

That’s the Sanders goal: to become the face of the program. To have ownership and routinely be mentioned in the same sentence with ownership Cowboys like Robinson, Weeden and Rudolph. [Tulsa World]

So my question was whether this tantalizing future would result in any publications popping Oklahoma State into their “too-early-and-sure-to-be-inaccurate-but-we’re-all-gonna-click-on-it-anyway” top 25s for 2019.

The answer: One. Or one that I found. There might be others, but the only one that I came across was, maybe not coincidentally from 247 Sports (which had a hand in ranking Spencer Sanders as one of the best QBs of the class of 2018).

They had the Pokes No. 24, and this is what they said.

Nobody had a more up-and-down season than Oklahoma State. The Cowboys beat Boise State, Texas, West Virginia, Missouri and pushed Oklahoma to a single possession. Meanwhile, they lost to Kansas State, Texas Tech, Baylor and TCU.

Expect the Cowboys to be a bit more consistent next year. It helps that 14 starters are back, including eight on offense and the team’s entire starting secondary. The bad news? Starting QB Taylor Cornelius (3,642 yards) is on the way out as is star running back Justice Hill (930 yards) and all four of the Cowboys’ starting defensive linemen, Jordan Brailford (9 sacks) being the biggest loss.

However, these departures are endurable. Redshirt freshman Spencer Sanders, who’ll compete with graduate transfer Dru Brown, has a higher ceiling under center than Cornelius. Hill’s backup, rising sophomore Chuba Hubbard, averaged nearly as many yards per carry as Hill (5.9 vs. 5.6) with just 52 fewer touches. And Oklahoma State’s bringing in a d-line heavy 2019 class that includes some JUCO help. If Oklahoma State is a bit more consistent next season, it could again make a run at 10-plus wins. [247]

Ah there it is, the warm blanket of a 10-win season. After what OSU went through in 2018, I need a 10-win season this year if only for the sake of the comments section of the blog I am currently a proprietor of.

Also fake news on Chuba. He ran for 6.0 yards a pop, compared to Hill’s 5.9. That’s 740 yards on 124 carries with seven touchdowns. If he gets the same number of touches in his sophomore year as Justice got in his (268) and averages the same number of yards per carry he did in his freshman year (6.0) then he’ll have put together one of the eight best rushing seasons (1,608 yards) in Oklahoma State (!) history.

Regardless, there’s a world in which I could see OSU as a 10-win team next year. These things flip in a hurry in college sports — Mason Rudolph won the first 10 games of his first full year of starting — and while OSU has questions (which we’ll get to), it also has probably the easier year of its Big 12 schedule and a possible superstar at QB to buoy our hopes for the next eight months.