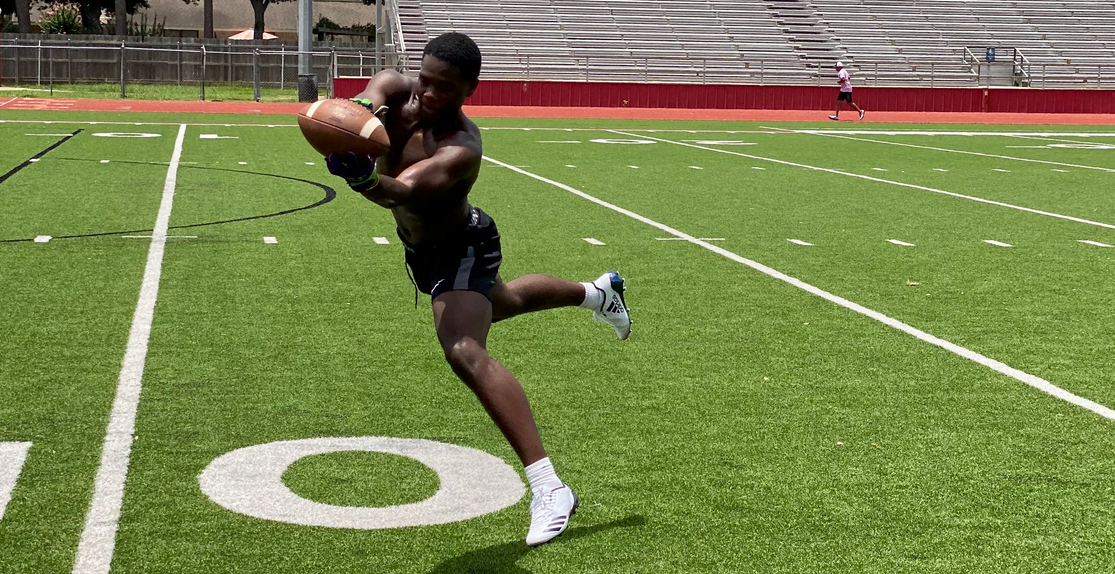 Four-star running back recruit Reuben Owens, a Class of 2023 prospect ranked by 247Sports as the No. 1 recruit in Texas and the No. 2 running back in the country in his classification, quietly trimmed his list of schools last week in the midst of early signing period hubbub.

The 5-foot-11, 187-pound sophomore is well ahead of the recruitment curve having already garnered two dozen scholarship offers from high-major programs ahead of his junior season, so whittling his list isn’t a surprise. Here’s what he said of Oklahoma State (via 247Sports) about why he’s digging OSU and decided to name the Cowboys in his cut.

“They produce running backs,” he said. “They’ve had Barry Sanders, and Chuba [Hubbard] has done his thing up there for the last couple of years.”

Owens will end up as one of the most heavily targeted running backs in the 2023 class, so getting a jump on him has been a nice move by the OSU coaching staff. The Pokes offered after he rushed for well over 2,000 yards as a freshman in 2019, and he cemented his star status this season by rushing for 1,511 yards and 22 scores.

Thus far Owens is one of only two running back targets for OSU in the 2023 class, but the list could be shaped by how successful recruiting goes in 2022. Assuming LD Brown and Chuba Hubbard come off the scholarship books for this season and Dez Jackson does the same after next season, there’s likely to be a big priority placed on next year’s class to ensure there’s continuity at the position. Either way, it looks like Owens will be one of the top priorities in the ’23 cycle regardless of position because of his dynamic playmaking abilities.