Recruiting season is officially in full swing for Travis Ford and company, and this weekend they are playing host to two of the nation’s top recruits in Stillwater.

Admon Gilder and Elijah Thomas are both highly regarded uncommitted prospects in the 2015 class. Gilder is a 4-star sharpshooter with great ball handling skills. Thomas, a 5-star center, stands at 6’10 and is considered the No. 2 prospect in Texas.

Gilder and Thomas have had their official visits set for awhile, and both of them took to Twitter to let their presence in Stillwater be known. 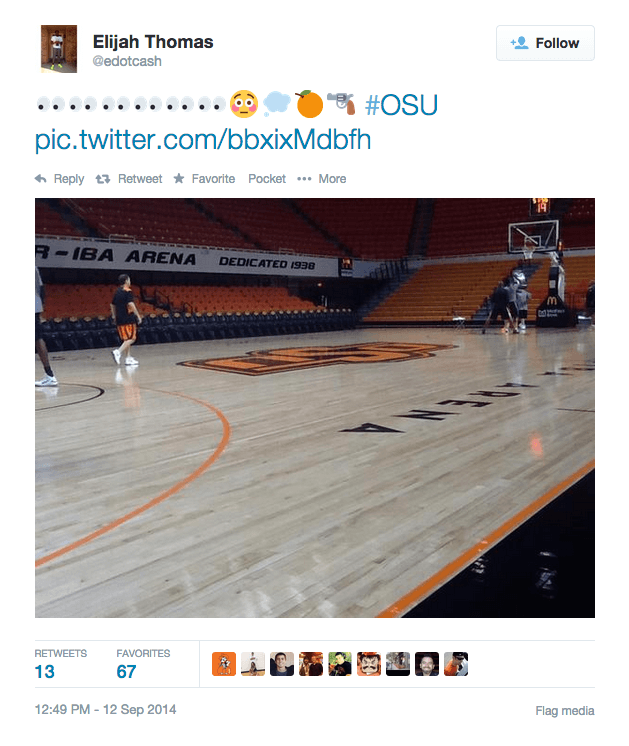 Interestingly enough, Gilder and Thomas are good friends and have agreed that they would love to play together at the college level but also said that, “If it happens, it happens.” Both prospects hold offers from Oklahoma State and both are projected to commit to Oklahoma State according to 247sports.com.

John Helsley, who covers Oklahoma State basketball for the Oklahoman also emphasized the importance of the two stars visiting town this weekend.

Big weekend for OSU Hoops. Visits from @Hph_lilmon and @edotcash, two of the nation's best. Key targets in this recruiting class. #okstate

Travis Ford still has no prospects who have committed in the 2015 class, but landing one (or both) of the top recruits in Texas would be an excellent way to get the class off to a booming start.