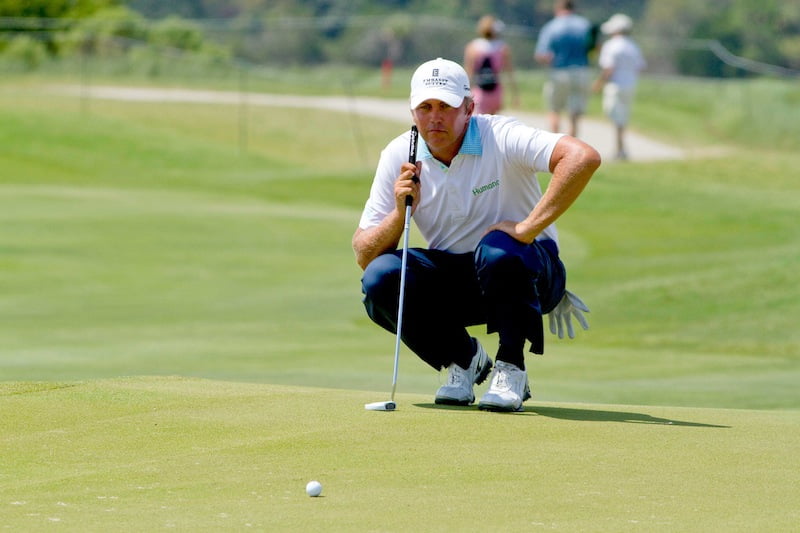 I know we’re all like “J.W. Walsh is totally Zac reincarnate! Beat Texas! Beat the universe!” right now but there’s a golf tournament with $10M on the line this weekend and three OSU grads are prominently involved.

The Tour Championship tees off from East Lake Golf Club in Atlanta this weekend and it’s the last tournament you’ll probably care about featuring OSU guys until the 2013 Masters comes around[1. Note to Davis Love III for the Ryder Cup snub of Fowler/Mahan/Van Pelt – all we do is bring in reclamation projects from UNC and help them turn their lives around at OSU and this is the thanks we get?! Good riddance…also…uh…since we’re on the topic, know of any Tar Heel castoff basketball players we could holler at? Preferably a couple over 6’8.].

The Tour Championship is part of the FedEx Cup which is like playoffs for golf but it’s a little bit confusing. Here’s the gist:

– Players rack up points all year based on how they finish in tournaments during the “regular season.”

– The top 125 at the end of the year make the playoffs (four tournaments culminating with this week’s Tour Championship).

– All playoff events are worth 5x the points as “regular season” events.

– After the Barclays (the first playoff tournament) the field was cut to 100 for the Deutsche Bank Championship.

– Also the point totals have been reset so everybody has a reasonable chance at winning the title[2. If this seems odd, it is. Here’s a good discussion on the fairness of this scoring system.].

So here are how the three OSU guys rank (behind the leader, Rory) going in:

And here’s the full leaderboard.

To win the FedEx Cup each OSU guy would need to win the tournament and also need a ton of help from the people ahead of him. Click here for full scenarios played out.

So do any of them have a shot? Absolutely. Van Pelt’s been playing the best of late having gone T24-T26-10 in the first three events of the playoffs. But Mahan has experience, he finished second in this event last year to Bill Haas (who hit the shot of his freaking life on #17)…

With OSU football off this weekend it’s going to be a blast watching these guys chase down a loaded field with several million dollars on the line.

Plus there’s the outside chance Fowler could jump his dirtbike through a flaming ring of Polo shirts on the 18th green after a W on Sunday as a not-so-subtle message to Davis Love that he’s none too excited about being left off the Ryder Cup team.

I’d settle for a top 10 finish though.