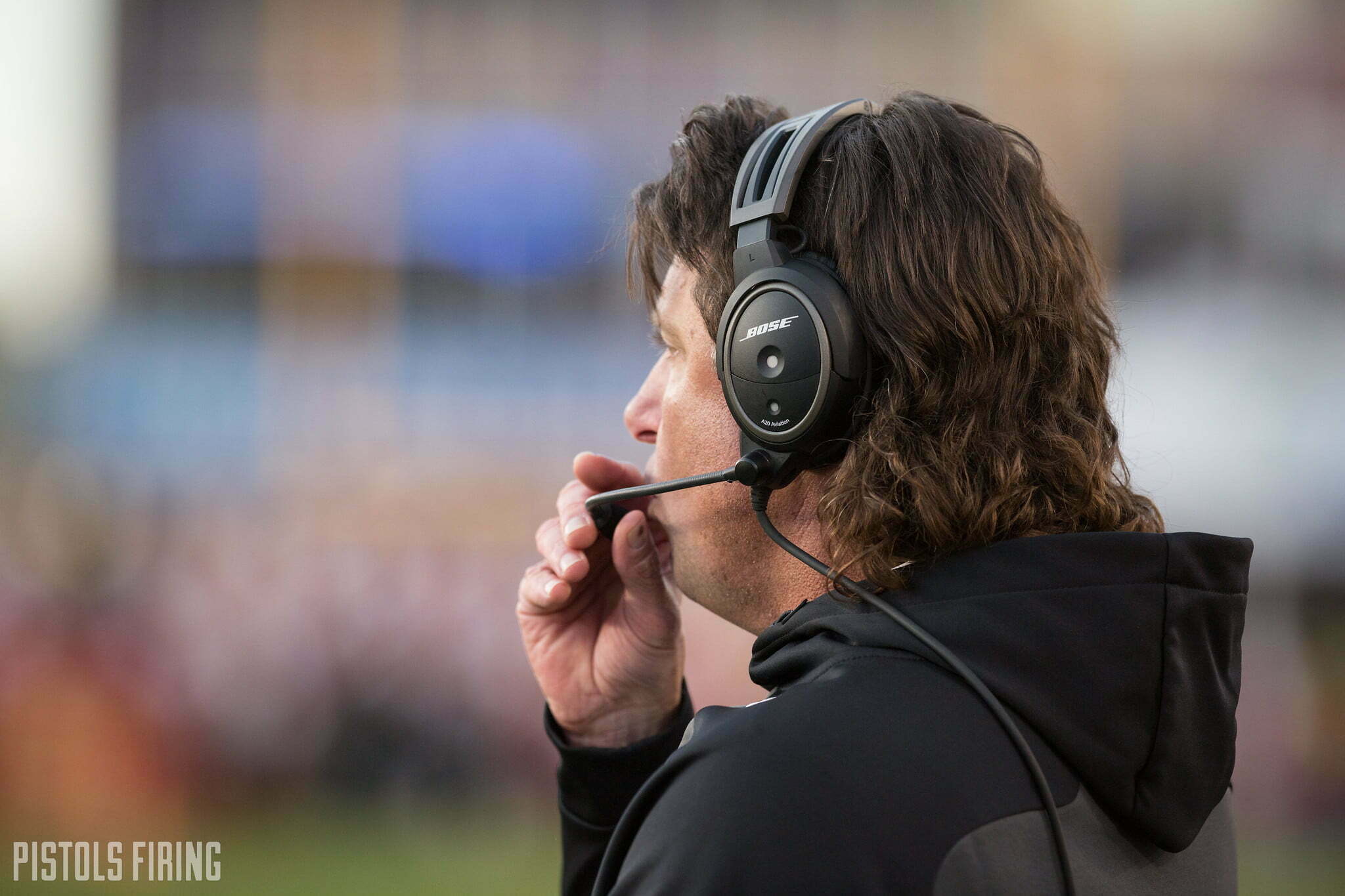 If you’ve been clicking around the site in the past week or so, you might have noticed we put together a 2021 offer map charting where the prospects Oklahoma State is offering are.

We’ve also put together maps for 2022, 2023 and 2024 which should get on the site sometime soon. It’s been a fun project in this sportsless world. To no one’s surprise, the majority of those offers come somewhere between Houston and Tulsa, but I’d like to share some more of my findings here.

Pokes in the Bayou

Louisiana is an interesting recruiting ground.

Louisiana finished the 2020 cycle with 115 prospects to Oklahoma’s 37.

So, I think it’s more than fair to conclude that Louisiana produces more Division-I prospects than Oklahoma does.

But with that said, Louisiana has just one Power Five university in it, and not all 115 of those kids are going to end up as Bayou Bengals. And LSU isn’t an average or even an above average program, it just won a national championship. So, unless you’re an elite-level Louisianan prospect, chances are you’re going to have to leave your home state to play Power Five football. And that’s where OSU steps in.

“We’ve essentially come to the conclusion that northern Louisiana is basically east Texas,” OSU coach Mike Gundy told me in January. “East Texas has been fantastic for us, same kind of people that live in Stillwater. The young men feel comfortable in this environment, more of a college town, which is a lot like east Texas. That north and northwest Louisiana, central Louisiana, we’ve gotten really good players there per capita if you take the number of them and how many have been successful here, graduating and playing, the percentage had been extremely high. We’re excited about that.”

OSU didn’t add a Louisiana native in its 2020 class. It’s the first time since the 2017 class that’s been the case. However, OSU already has a Louisianan committed in its 2021 (Kolbe Fields) and 2022 (De’Kelvion Beamon) classes.

The Bayou State has consistently been the third-most represented state on OSU’s football rosters behind Texas and Oklahoma, and that doesn’t seem to be changing. OSU has eight offers out to 2021 Louisiana prospects and four early offers to 2022 recruits.

USC hasn’t been nationally relevant in a while, and UCLA hasn’t had a .500 season since 2015. The conference hasn’t had a College Football Playoff participant since the 2016 season.

There has been talk of conference realignment that could all but wipe out the Pac-12, but before that happens Gundy is taking advantage of the downed Power Five conference. In recent years OSU has started looking west for players, and here is Gundy’s explanation for it.

“We’ve dipped into Arizona a little bit and Utah,” Gundy said. “We’ve got direct flights from Oklahoma City to Phoenix and Oklahoma City to Salt Lake [City]. It’s easy to get back and forth. We think there’s some good players there that not a lot of schools as far east as us recruit, unless they’re a national recruit. Most of them go west, so we want to give them an option to come east. If they’re a three-star or four-star, a lot of times, those guys don’t have a chance to go back east. We give them that opportunity.”

Not saying Gundy uses this recruiting pitch, but there is a pitch to be made to those prospects of, “Hey, no one cares about the Pac-12. If you want to play more relevant football, come play in the Big 12.”

The turn has come much more recently than OSU’s dip into Louisiana. In 2016, OSU had one player on its roster from west of Texas (but still from the U.S.). In the Cowboys’ 2020 class alone, there were two players from California, two players from Utah and two players from Arizona.

According to 247Sports, OSU has 16 offers out to players from western states. That’s not to say all or even any will end up as Cowboys, but it’s a good visual of Gundy’s proposed strategy of not necessarily going after the national recruits from those states, but players who might not have another shot to play outside of the Pac-12.

Here are some examples of 2021 prospects:

Michael Jackson out of Las Vegas is a three-star recruit with offers to 10 Pac-12 schools and 10 Power Five schools from other conferences.

Out of Salt Lake City, safety Jeffrey Bassa has offers from six Pac-12 schools and five other Power five programs.

We are always here to holler that four- and five-star guys are how you build a nationally relevant program, and that’s true. But if OSU can pull the best three-star guys from out west who don’t want to play in the weakened Pac-12 and match that with the solid three-star prospects the program already gets from Texas, Oklahoma and Louisiana, that could be OSU’s next best bet.

With OSU casting a wider net in recruiting, that’s going to pull away from elsewhere, and that elsewhere might be Texas.

Now, OSU is always going to have a hefty chunk of players from the Lone Star State, but that number is getting smaller.

That number is going to plateau at some point and will likely bump back up. But on OSU’s 2020 spring roster, there were 32 Texans. There were five 2020 commits from Texas who didn’t enroll early, but still having about 37 Texans after having 69 in 2016 is a major difference.

Again, Texas will almost always be the primary source OSU recruits from, though. In the DFW area alone, OSU has 32 offers out to 2021 prospects. OSU has offered 122 2021 recruits, according to 247Sports, and 32 of those are in that DFW cluster.

The next biggest cluster is around Houston, where OSU has 18 offers out. The OKC area is next with just eight.

The 2022 class tells a similar tale with 20 of OSU’s 61 offers coming from DFW and another nine coming from Houston. In total, 36 of OSU’s 61 2022 offers are to Texans. Seven are to Oklahomans, four are to Louisianans and three are to recruits from Western states (all Californians).

I don’t know what conclusion (if there even is one) to draw from this, but I found the declining number of Texans on OSU’s roster interesting.