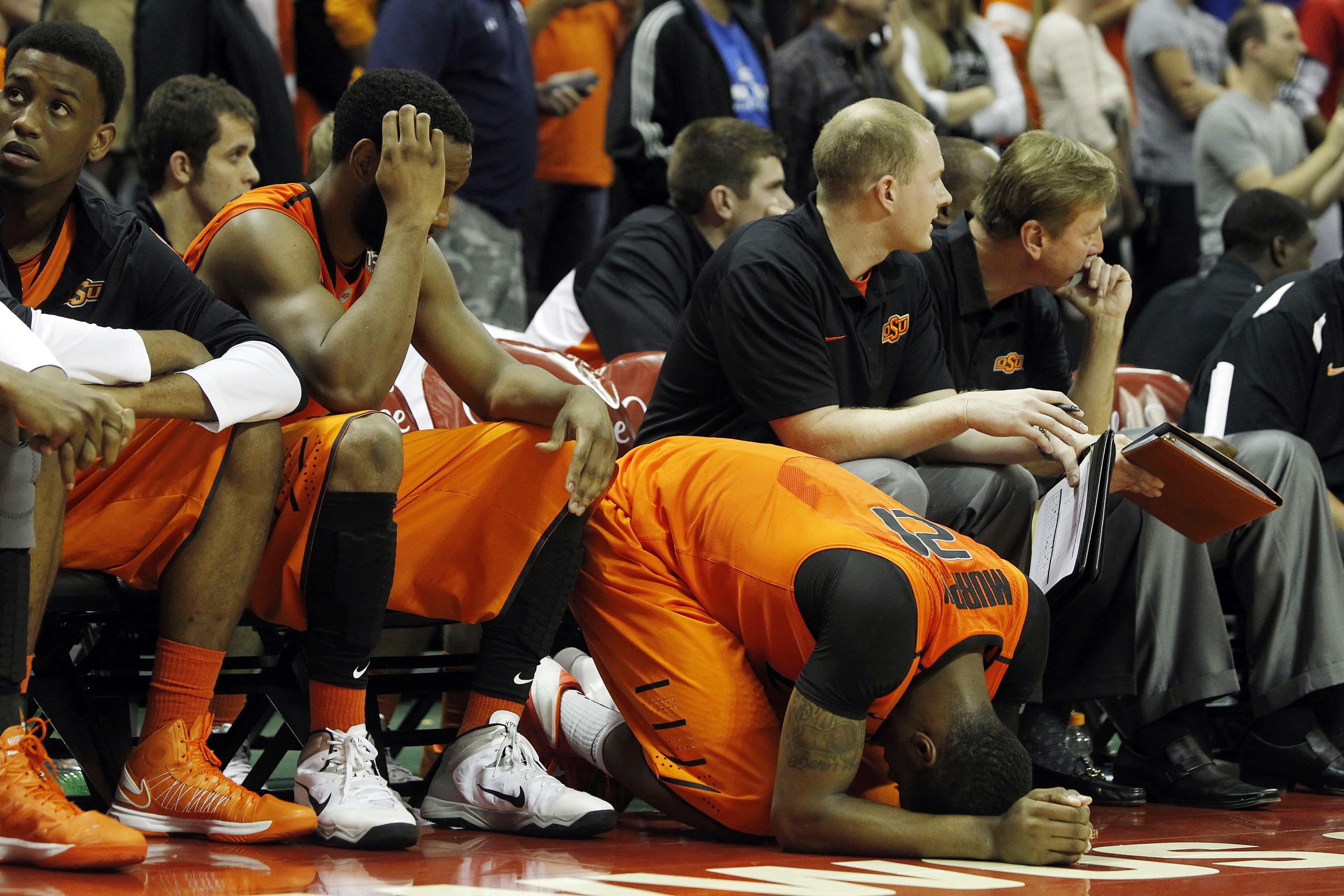 Now that most teams have 10 games under their belts, we can take at how the Big 12 contenders are doing.

First, let’s use Ken Pomeroy’s rankings as an indicator of how the season is going. This is each team’s ranking over time so far this year: 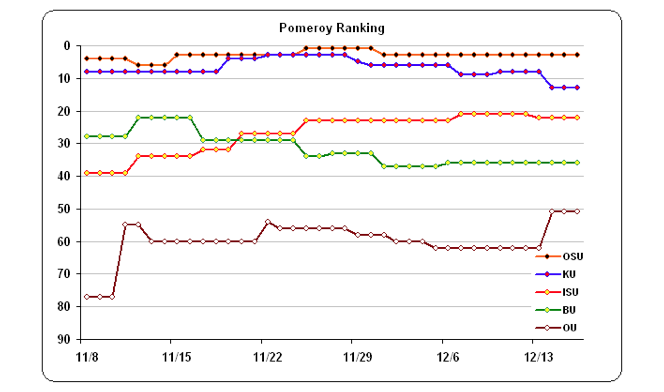 OSU was ranked #4 coming into the season. We dipped as low as #6 and were at #1 for about a week before the Memphis loss dropped us down to our current ranking, #3.

Kansas started out #8 in Pomeroy’s rankings, but got up as high as #3. Losses to Villanova, Colorado, and Florida dropped them down to #13.

Iowa State hasn’t lost yet, so they have steadily climbed from their pre-season #39 spot up to #22.

Baylor has only one loss – a good one, to #7 Syracuse on a neutral court. Still, Pomeroy’s system hasn’t been thrilled with the Bears. Their close wins over South Carolina, Charleston Southern, and Dayton have pushed Baylor down to #36.

OU started out #77, but jumped up quickly with the win over Alabama. Since then, they’ve mopped up on weak competition and lost one to Michigan State on a neutral floor. Still, the big margins the Sooners are winning with have impressed Pomeroy’s system, moving them up to #51.