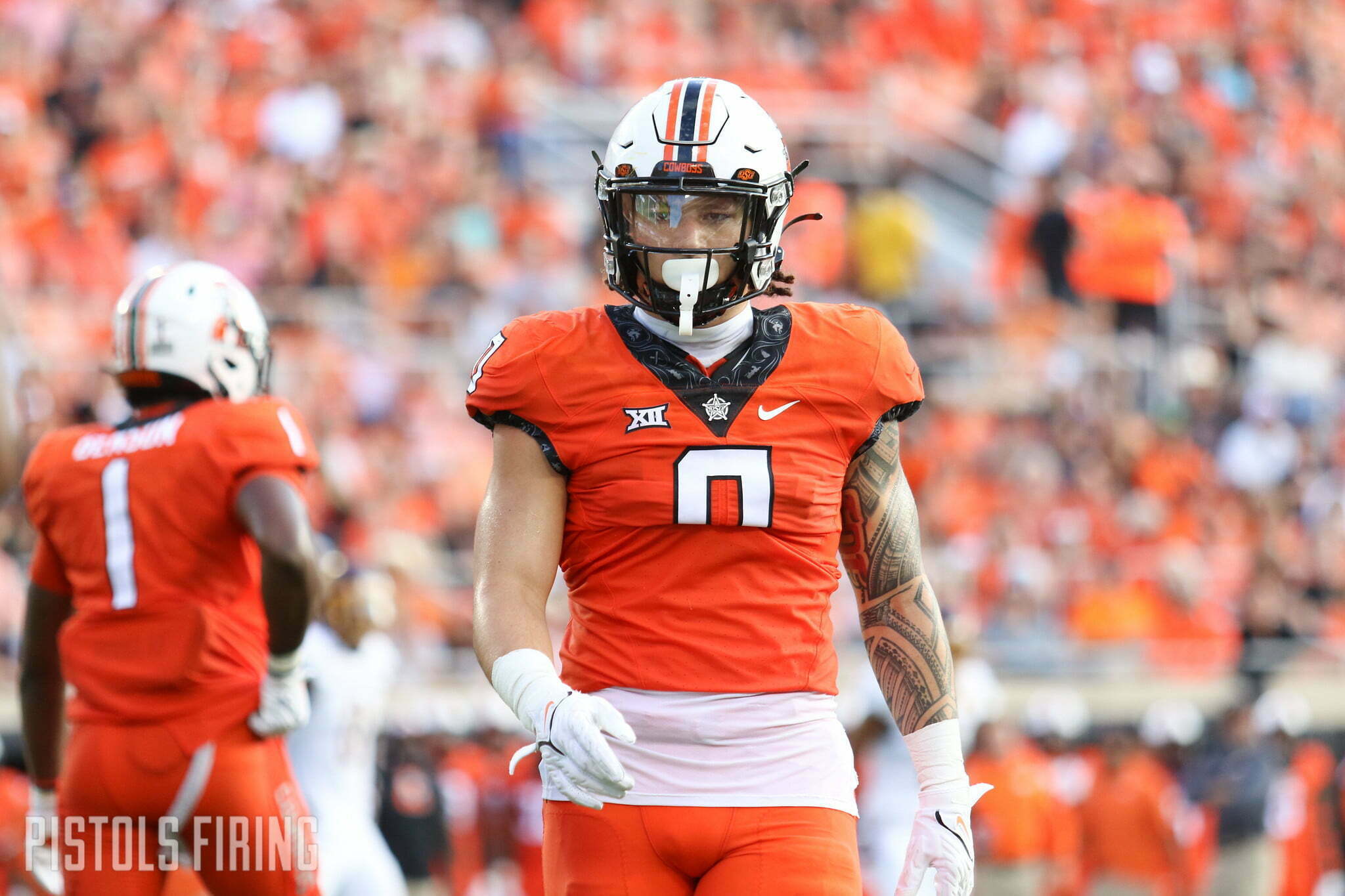 The rumor wheel is spinning full blast with coach firings and players entering the portal with one free chance to transfer and play.

As you keep an eye on social media for announcements for which Cowboy might hit the transfer portal, who are the five players you would block from transferring out of Stillwater (if you could)?

Here are mine, in no particular order.

The usual mold for an all-conference level defensive back at Oklahoma State is an underrecruited, high IQ, playmaker that develops over time. See Jordan Sterns, Kolby Harvell-Peel, Rodarius Williams, and AJ Green. Not so with Daniels.

Touted, athletic monster flying around the field making plays. Turn the Atherton into the Hotel California – “you can check out any time you like, but you may never leave.”

Can you imagine this fall without the junior linebacker?

Going from Malcolm Rodriguez, possibly the best linebacker to ever play at Oklahoma State, to Nick Martin and other guys who need time and reps would have been B.R.U.T.A.L.

Take his team-leading eight tackles per game out of the picture and four of your top five tacklers are defensive backs.

The true freshman running back had an unusual amount of stars next to his name as a recruit and he earned them. Until Saturday, it was hard to tell where he was headed. But against West Virginia, he made some head-turning plays on his way to eight yards a carry in a 136 yard-game.

Dominic Richardson has the talent to be a Big 12 running back but Ollie Gordon appears to be your best shot at a game-changer.

He had spectators wondering if the RB1 slot should belong to anybody else and has a name eerily similar to the best Italian chain you can eat at. How is the season over and we’re just now noticing this?

When you see No. 30 do you think about anything other than him taking down Caleb Williams to win Bedlam?

He’s the next-gen pass rusher the Cowboys need and you’re set at all three levels defensively with the other two guys above.

If keeping Brock Martin forever were an option, that’s the way to go. That northeastern Oklahoma defender factory he comes from with Malcolm Rodriguez is just quintessential “cowboy culture”.

I’m not a smart man assessing offensive line play but the hole in that leaky bucket seemed to be coming mostly from the middle (guards) after Hunter Woodard was gone. This is the area that needs the most attention (scholarships, coaching).

The Gundy era policy of giving more scholarships to defense needs to be revisited. It was one thing when Joe Wickline was coaching but he’s long gone.