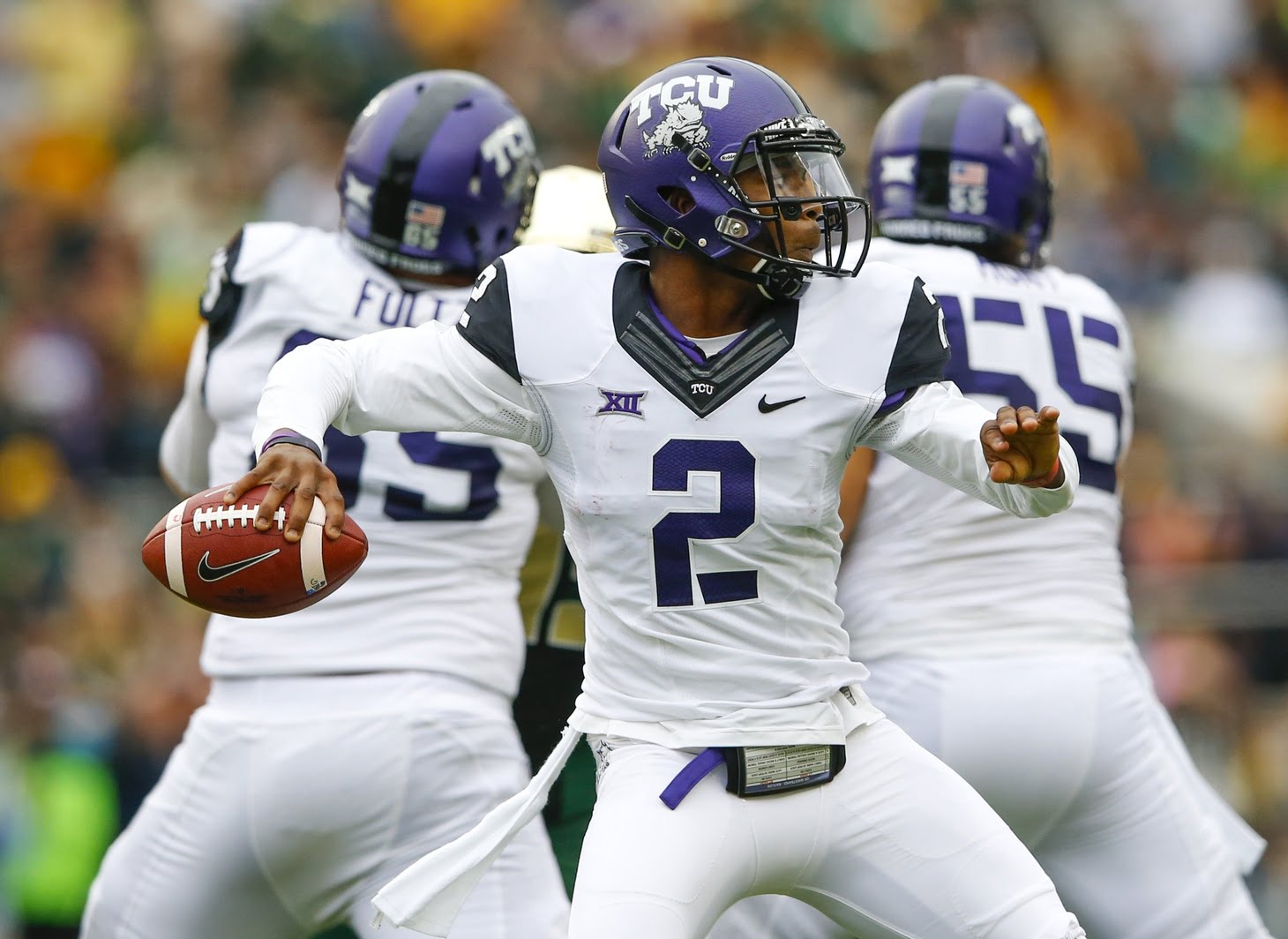 TCU coach Gary Patterson tells me there's no truth to a report that Trevone Boykin had wrist surgery Monday and will miss 4-6 weeks.

The sources were tricked, apparently.

Our writer received confirmation of the story from multiple sources, and I made the call to run it.

According to Frogs O’ War Trevone Boykin had wrist surgery this week and will not play on Saturday against Oklahoma State.

That’s a bummer for Boykin and a stroke of luck for the Pokes since Boykin was having easily the best season of his career.

Gundy said on Monday that No. 2 was going to be a problem for OSU.

“Feels like spreading people out and allowing him (Boykin) to be the thrower he is, but then he’s also leading their team in rushing.”

Boykin’s replacement is A&M transfer Matt Joeckel who backed up John Foots for the last two years in College Station.

Boykin actually beat him out for the job in fall camp.