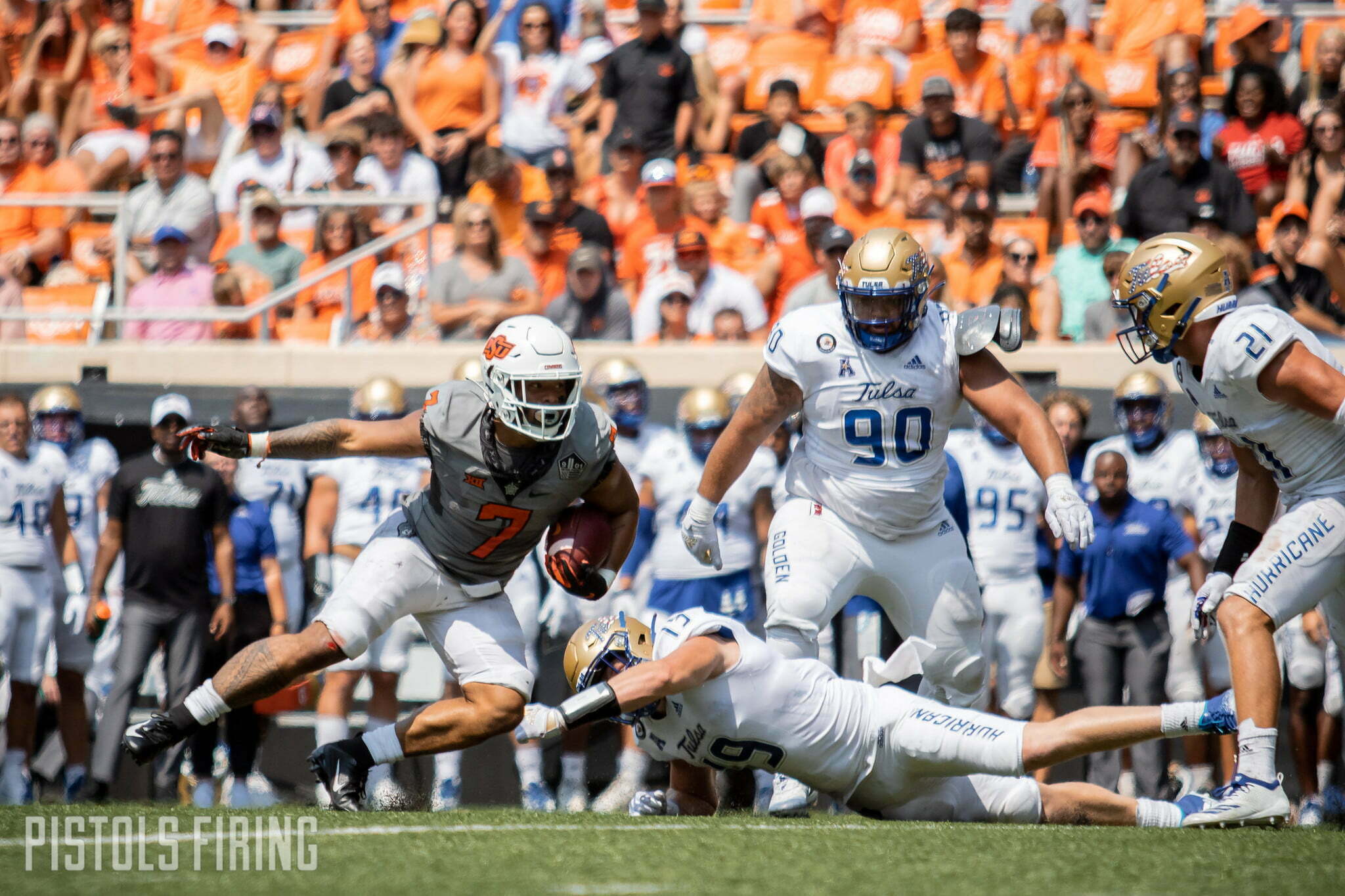 Oklahoma State is in the market for a defensive tackle transfer, and it looks like the Cowboys could find one close to home.

Tulsa nose tackle Jaxon Player is on the transfer market and on Tuesday dropped a Top 5 that included Oklahoma State as well as Oklahoma, Baylor, Arkansas and TCU.

The graduate transfer from Waco, Texas came to Tulsa as an “under-sized” DT and a three-star prospect, but he quickly proved his worth on the field appearing in 10 games as a true freshman. He worked his way into a starting role by his sophomore season and has been one of the household names on the Golden Hurricane’s defense ever since.

This past season, Player came in second in the American Athletic Conference in tackles for loss (15). His five sacks came in second on his team, and he led Tulsa D-linemen in tackles (50). The Athletic’s Max Olson put out a list of the Top 25 transfer portal players available, and Player was included.

Player should be a familiar name to OSU fans. He’s lined up opposite the Cowboys’ offensive front the last three years. He logged a tackle for loss in each of those meetings and recorded two QB hurries on Spencer Sanders and a TFL on Jaylen Warren (not an easy thing to do). Two years ago, Mike Gundy mentioned him as some he liked. I bet Player has piqued his interest even more this offseason.

Take a peek at some of his highlights.