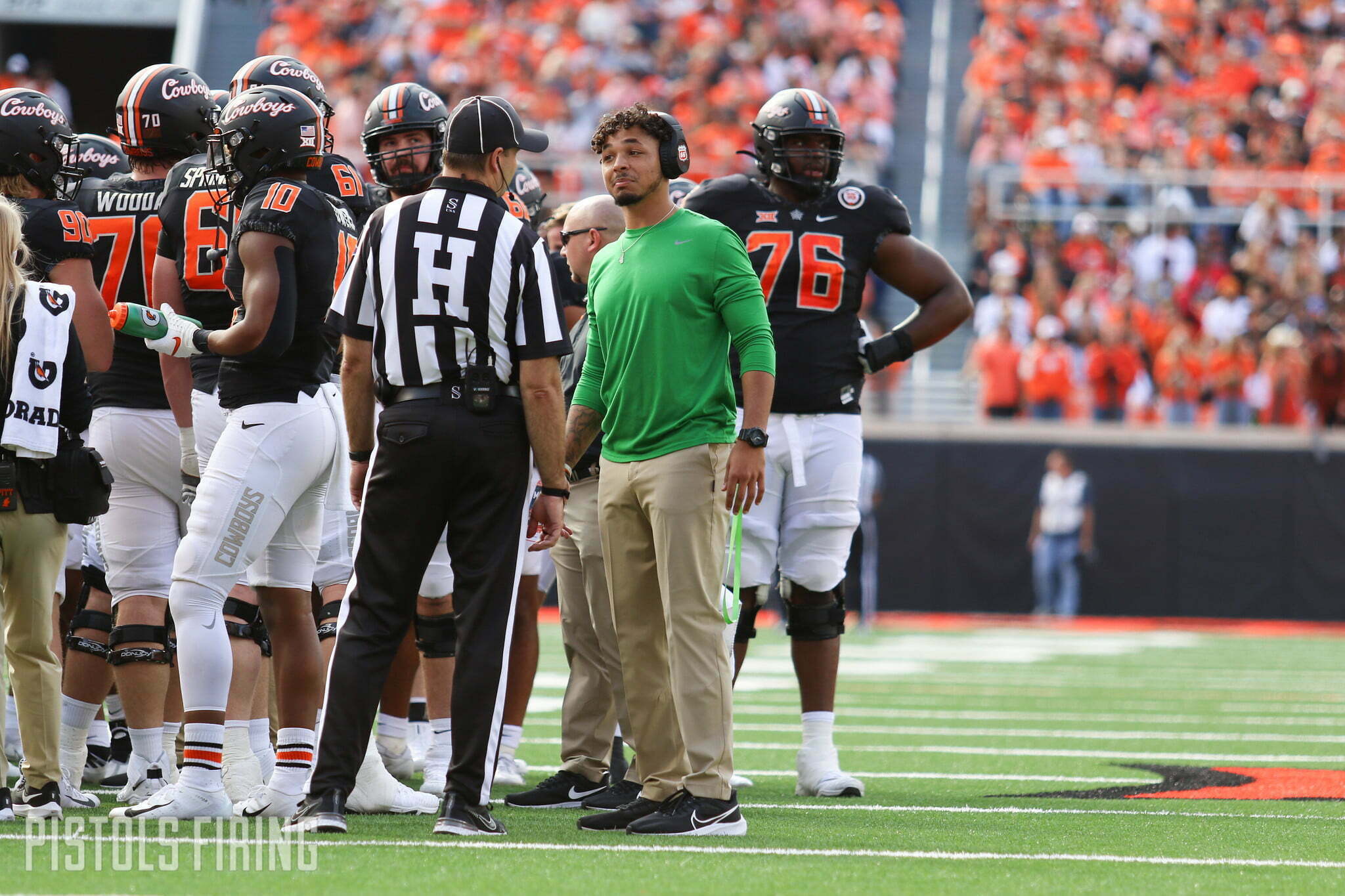 Oklahoma State is 5-0 after rebounding from a second-half deficit to Texas Tech. It was a bit of a wild game with almost as many reviews of catches as actually catches, and the Red Raiders gave the Pokes all they could handle in the first half.

OSU Twitter, as always, came through with an entertaining dialogue throughout the Cowboys’ win and in response the rest of the happenings across the Big 12. Come for the OSU’s tweets, stay for the Red River bloodbath takes.

Sanders put the Pokes on his back, further padding his FBS-leading all-purpose ranking with 297 yards and three total scores.

OSU will be without its redshirt freshman phenom for the first half in Fort Worth.

Meanwhile, there was a massacre at the Texas State Fair, and then the Sooners got killed again on Twitter.

This is savage by the LHN.

College GameDay was in Lawrence for a much more competitive battle between a pair of actual ranked Big 12 teams.