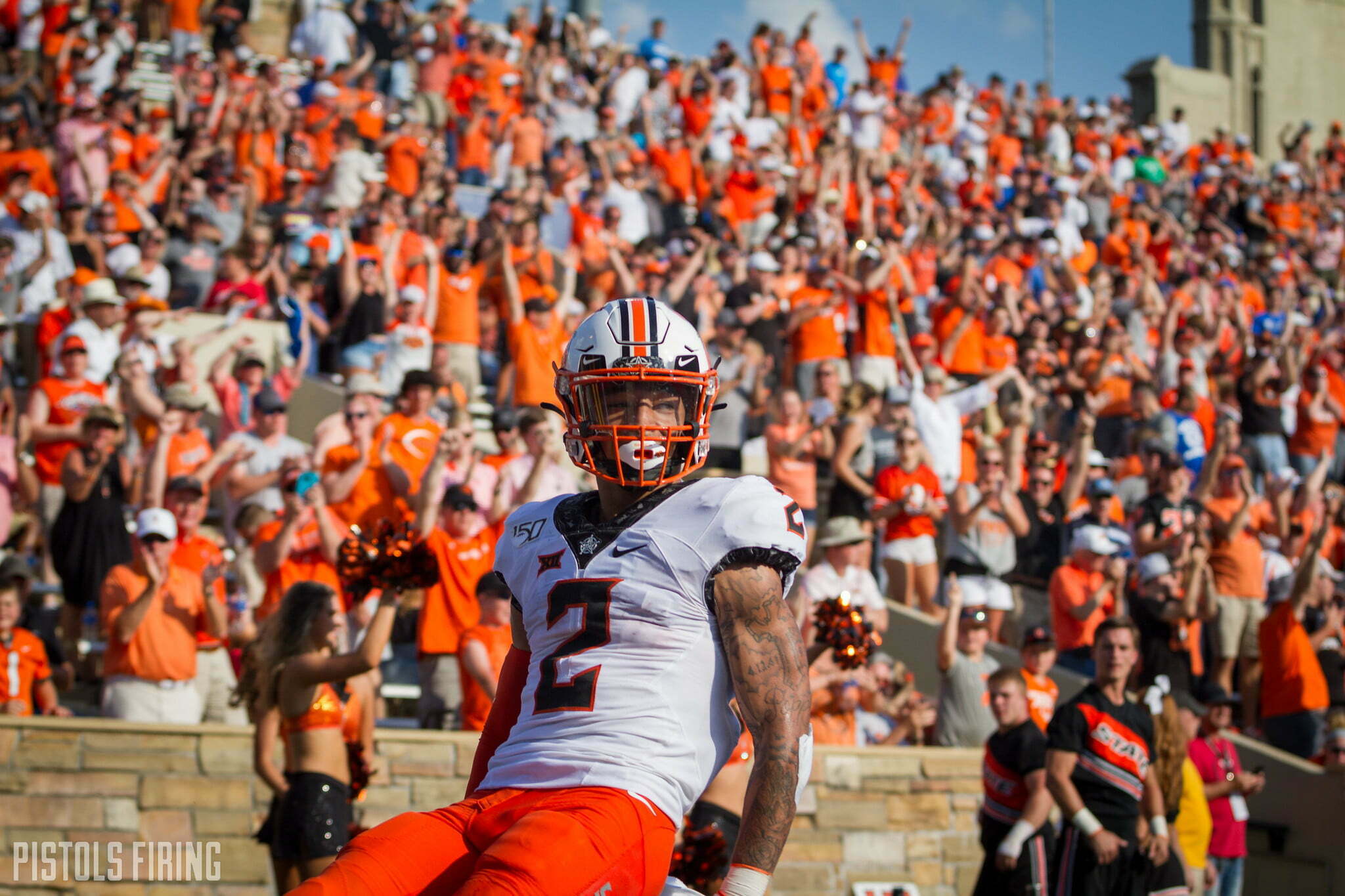 Tylan Wallace and Malcolm Rodriguez might seem larger than life to the average Oklahoma State fan, but they got bored just like you during this COVID-19 quarantine.

The pair of Cowboy stars each had differing circumstances of their respective quarantines, but both did some relatable things.

While rehabbing the ACL he tore last season, Wallace was trying to get a workout in with anything he could.

With college athletes soon being able to make money off their likenesses, it wouldn’t be a bad time for a cat litter company to jump at this.

Rodriguez, like many around the country, dyed his hair during his time locked inside. Rodriguez said his aunt bleached it for him. It’s also a little longer than he usually wears it.

Rodriguez also tested positive for COVID-19 early in the Cowboys’ return to campus. He said he didn’t have any symptoms. With Stillwater being close to his hometown of Wagoner, Rodriguez said the OSU medical staff allowed him to go home for his quarantine.

But instead of being in his home, Rodriguez quarantined outside of his home.

“I was in a camper the whole time,” Rodriguez said. “I stayed away from the family, and my mom had to bring me some food out on the step. That was my whole thing, just chilling in the RV by myself and just getting food brought to me. Just staying away from my family.”