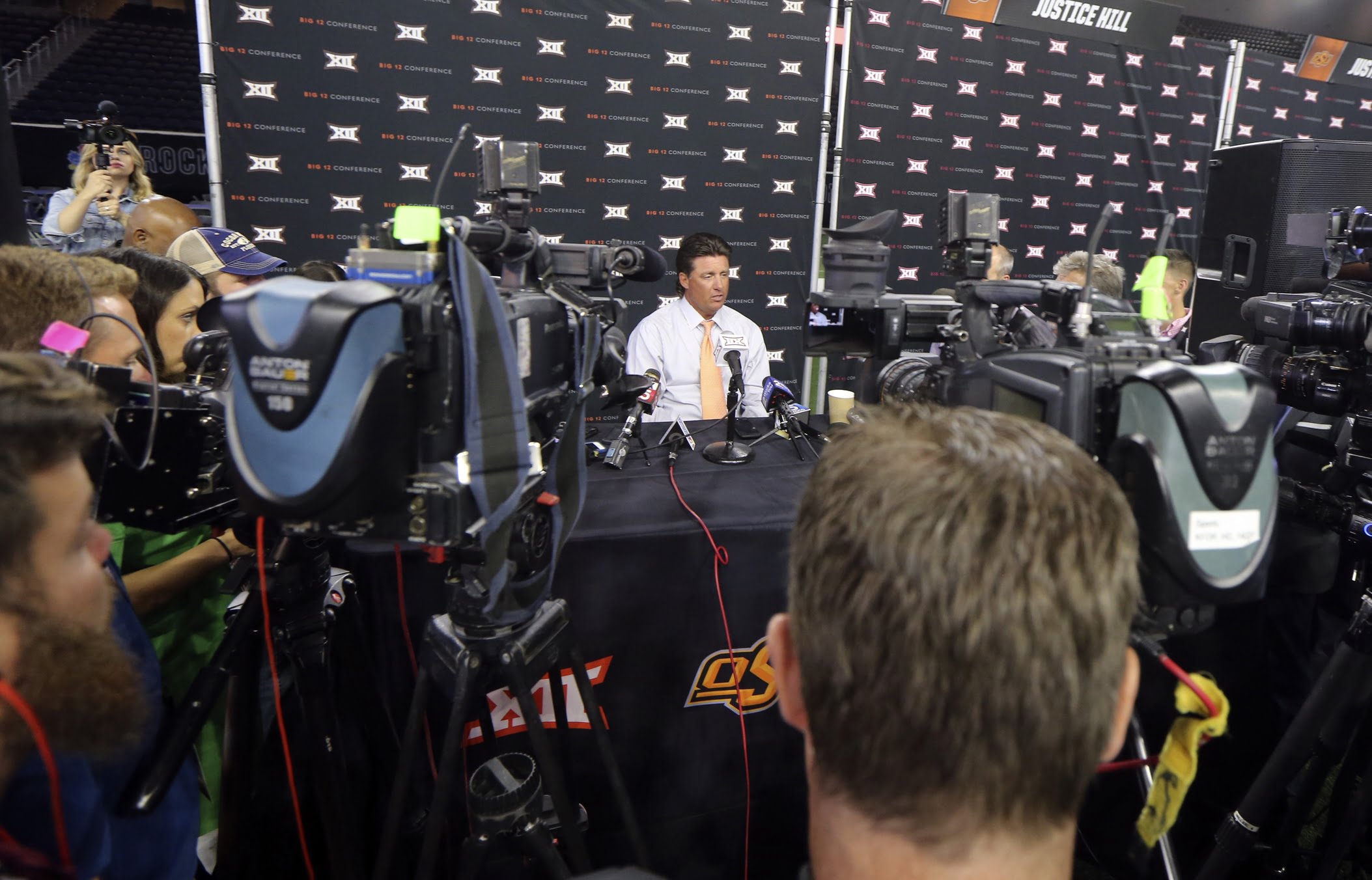 In a week, the Big 12 football players and coaches will field questions from a huddled up group of media, and football will be back.

The Big 12 announced its participants for Big 12 media day, which is July 15 and 16 at AT&T Stadium in Arlington. Oklahoma State is sending Tylan Wallace, A.J. Green, Johnny Wilson and Philip Redwine-Bryant to the event — not too shabby of a group.

Joining all of the league’s head coaches, here is the full list of players headed to Jerry World:

One of the most noticeable things on that list is that there will only be two quarterbacks (K-State’s Skylar Thompson and Texas’ Sam Ehlinger) at the event. There will, though, be plenty of pass-catchers in Arlington. Every team apart from Texas Tech is bringing at least one wide receiver.

Given his position at UT’s QB1, Ehlinger will probably be the most popular interview in terms of players next week, but Tylan Wallace might be a solid No. 2, given how close he came to being named the nation’s top wide receiver last season.

This will also be the first time Neal Brown, Matt Wells, Les Miles and Chris Klieman attend a media day as coaches of their new schools.

PFB is sending a crew down to cover the festivities next week, so get excited for some football #content.