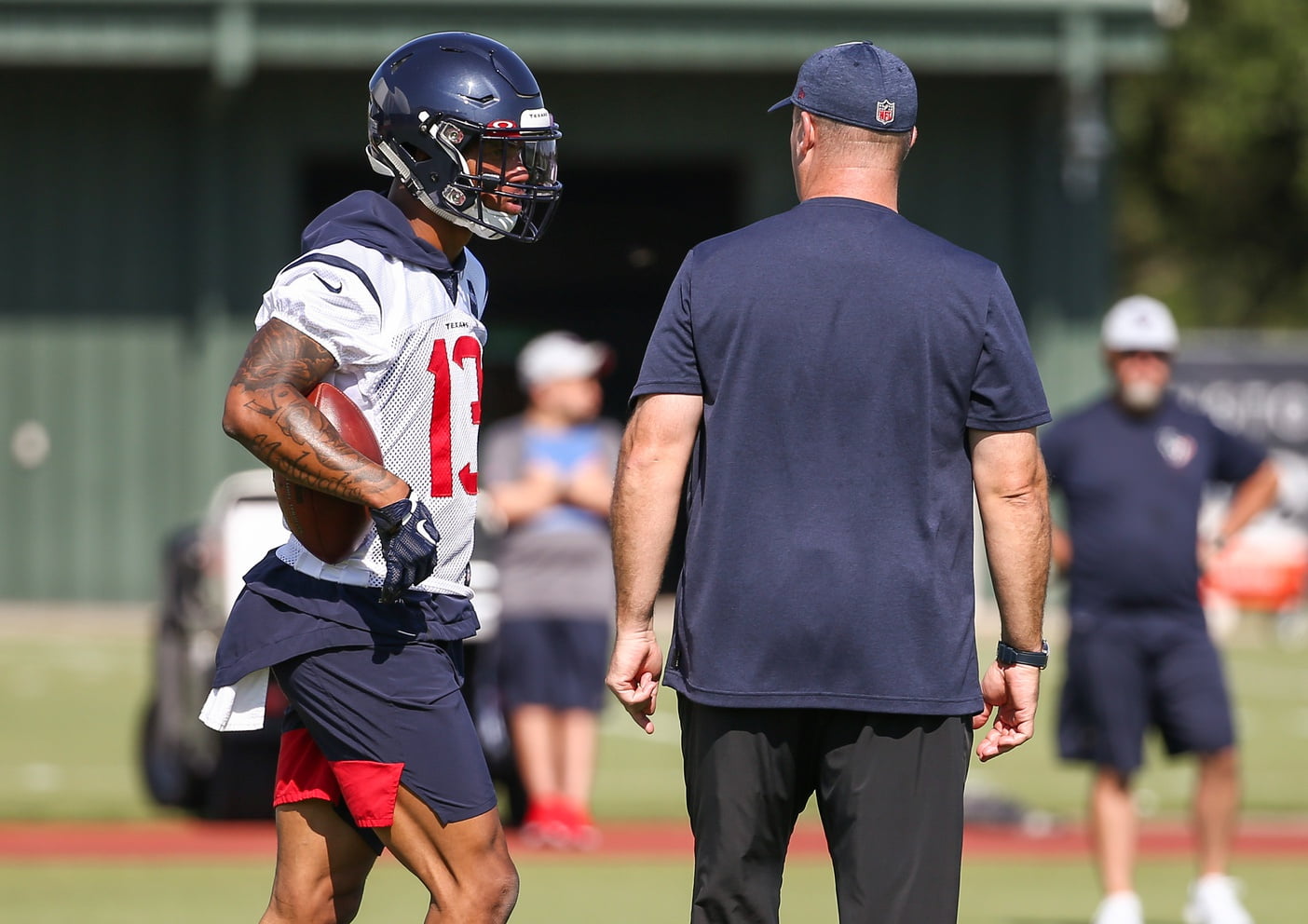 When Tyron Johnson declared for the NFL Draft following his junior season, it was a bit of a head-scratcher.

Not because the uber-talented prospect-turned-productive college receiver doesn’t possess next-level talent, or that I couldn’t see him just tearing it up on Sundays, but because he announced his intentions fairly late in the process which kept him out of exhibitions like the Senior Bowl or the East-West Shrine Game where he could have raised his draft stock with NFL suitors.

But Tyron did make it onto an NFL roster, tentatively, signing with the Houston Texans as an undrafted free agent on draft weekend. And wouldn’t you know it, he’s making a splash in training camp.

Alongside superstar wideout DeAndre Hopkins and productive, yet frequently injured, receivers Will Fuller and Keke Coutee, Tyron has gotten reps with the first team — and impressed.

“I see I’m in the game with Hop [DeAndre Hopkins]. I look over and I see Will [Fuller] and I see DeShaun [Watson] and I’m like, I gotta make a play,” Tyron said according to 247Sports. “I just can’t be in here holding up a spot, I gotta be in and make plays.”

“Good speed, hard worker, out here every day,” coach Bill O’Brien said according to USA Today‘s TexansWire. “You can see why he was a productive guy at Okie State.”

“With all those guys, it’s so new,” continued O’Brien. “There’s so much more man coverage and different coverages and route adjustments. If they’re out here every day, they have a chance.

The Texans are in Ashwaubenon, Wisconsin for joint practices with the Green Bay Packers which culminates in the a preseason matchup between both teams on Thursday night.

Tyron even got to take part in a Packers tradition, started way back by Vince Lombardi, where players ride kids’ bicycles to practice.

Fortunately, Tyron has found more ways to impress than just with his bike skills, namely in the return game.

Tyron Johnson just had a big KR for the Texans against the Packers ST unit. Looked like he would have housed it.

Now another kickoff and another monster return. This one may have gone too. Some serious work to do for Shaun Menenga’s special teams unit.

Former Cowboy Tyron Johnson had a kick return for the Texans against the Packers special teams…absolutely smoked them. #PackersCamp

He returned kicks as a sophomore, leading the Cowboys with 264 yards on 13 returns in 2017, but Tyron knows working on that part of his game could provide an avenue to a roster spot when the Texans make their final cut to 53 on Aug. 31.

“Once I walked away from OTAs, I knew special teams would be my pathway,” Johnson said. “Working on my craft, but focusing on special teams any more than receiver.”

Tyron’s got a ways to go before we can crown him the next elite-level transfer to show out more in the NFL than he did at Oklahoma State, but it looks like he’s taking steps in the right direction.