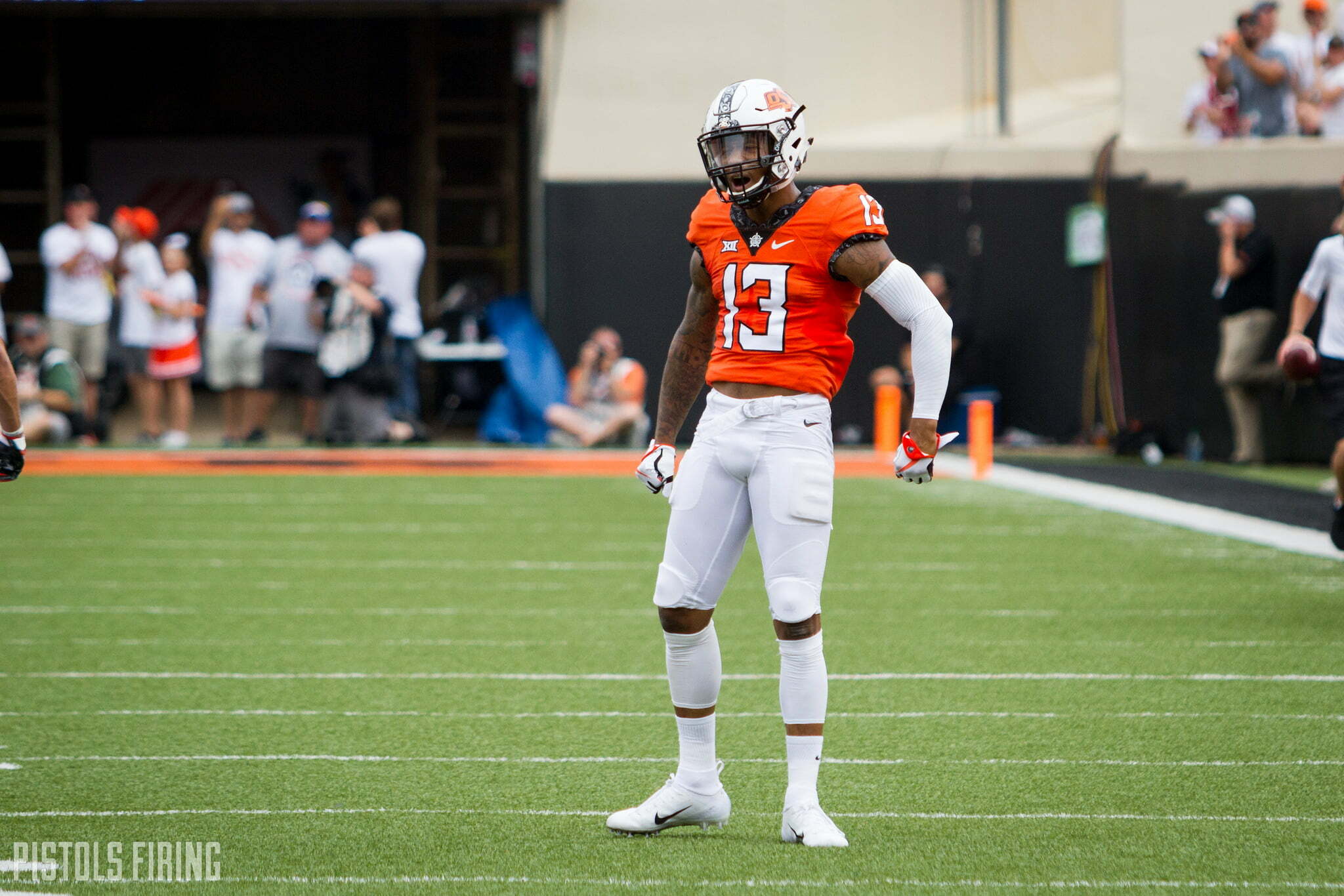 Tyron Johnson has played his last down of Oklahoma State football. His talent was rarely questioned, but his overall production fell short of what most envisioned for the former five-star talent.

Let’s take a look at Tyron’s career, how his decision to leave school early may affect his draft stock, and at some similarities his situation has with that of another dynamic receiver who came through Stillwater.

When Tyron announced he would forego his final year of eligibility, it immediately made me think of Josh Stewart, the Cowboys’ star receiver who left early after his junior year for a chance to be a NFL career.

Both seemingly left unfinished business in Stillwater, but both made the decision they felt was best for themselves at the time. It got me thinking about what one situation might have to do with the other, if anything.

Ahead of the 2017 season, Oklahoma State looked poised for a Big 12 title run, if not more. The Cowboys returned a record-setting QB in Mason Rudolph, an eventual Biletnikoff winner in James Washington and oodles of talent all over the field. But one of the most talked about names heading into the fall was a transfer receiver who had yet to play a down at OSU but had become the stuff of practice field legend.

Many fans, and even some on this site *raises hand* tabbed Johnson, the high-upside former LSU Tiger, as a dark horse to challenge Washington in receiving prowess and production.

Though he showed flashes — like when he spelled a banged-up Washington during Bedlam and racked up 118 yards and two TDs on four catches — Tyron remained firmly behind Washington and others in the WR pecking order. He finished fifth on the team in receiving yards (just 293) and failed to register a start.

In 2018, with some breathing room now at the top of the receiver depth chart, Johnson started all 13 games. But it was sophomore Tylan Wallace who earned the lion’s share of targets and was OSU’s unquestioned WR1.

But Tyron had some big games of his own in 2018, hitting 100-plus yards three times. He finished with 845 yards and seven scores. Those numbers aren’t much better than Stewart’s final season (703 yards and three TDs in 12 games).

But Stewart’s college career was on a different level than Tyron’s in terms of production.

Stewart was OSU’s top receiver, racking up 1,210 receiving yards and seven TDs as a sophomore in 2012. His numbers regressed a bit in 2013, finishing with 703 yards and three scores behind Tracy Moore. But let’s not forget that Stewart was a prolific return man, leading the Big 12 in punt return yards and returning two kicks to the house as a junior.

Stewart decided to leave early for the chance to support his family, but ultimately went undrafted and signed with the Tennessee Titans. Unfortunately, an Achilles injury ended his career before it began. Five years later, Stewart is now attempting a comeback with a local indoor league team.

Had it not been for that devastating injury, Stewart would have at least had a better shot at his NFL dream. Regardless, the chances of making it as an undrafted free agent in the NFL are pretty slim.

When it comes to the draft, I think we will see a similar result for Tyron, even though he’s slightly bigger and can probably play more positions at wideout than Stewart. No current mock drafts or projections that I could find even listed him. In fact, draftteck.com‘s ranking of 42 draft-eligible Big 12 prospects does not include the former touted recruit. Zach Sinor made that list for what it’s worth.

The problem is that while transcendent talent at wideout is hard to find, athletic playmakers are not. Practice squads all around the league are full of former high-upside recruits who never quite lived up to their potential on the field.

If he had a different quarterback… If this player wasn’t also on the team… Every draft class has a handful of prospects whose careers could be so qualified.

Does this mean Tyron can’t have success as a pro? No. We’ve seen several players whose production at the next level exceeded their college careers, even from OSU. Tyreek Hill and Chris Carson are two that come to mind.

And with Tylan Wallace looking to build upon his breakout sophomore season, there’s no promise that coming back for his senior year would boost Tyron’s draft stock any higher.

So it’s certainly not a reach for him to test his talents (he should show well at his pro day) — and at the age of 23, the shelf life doesn’t go on forever — but at this point, it will likely be an uphill battle just to get his foot in the door.